Unfair Contract Terms – Significant Broadening of Scope and Penalties for Breaches: Is your Business Prepared?

The Australian Government has released the Exposure Draft legislation and Explanatory Materials for an anticipated suite of reforms to unfair contract terms (UCT) laws found in the Australian Consumer Law (ACL) and Australian Securities and Investments Commission Act 2001 (ASIC Act). Treasury is now considering feedback on the exposure draft with a view to the Government introducing a bill to effect wide-ranging changes to the UCT regime.

There are six key proposed changes:

These changes materially increase the risk profile for larger businesses that engage Business to Business (B2B) and Business to Consumer (B2C) via standard form contracts.

While many businesses reviewed relevant contracts in 2016 in the lead-up to the extension of ICT to B2B contracts, the significant increase in scope of the UCT laws, the introduction of penalties, together with developments in the law means that it is vital for business to re-examine the terms of affected contracts to ensure compliance.

WHAT IS THE CURRENT UCT REGIME?

Australia's UCT regime is designed to stop powerful businesses from using their stronger bargaining position to essentially "force" the inclusion of UCT into agreements with consumers or small businesses.

Under both the ACL and the ASIC Act, a term is unfair if it:

The UCT regime only applies to 'standard form contracts'. Generally speaking, these are contracts where there are no opportunities to negotiate meaningful changes to the terms. However, exactly what 'standard form contract' means has never been clearly defined under the current regime, and is one of the proposed areas of reform.

The UCT regime does not currently provide any penalties for businesses that use UCT. Rather, if a term is found to be unfair, a court will declare the term void, and may also make a range of additional orders. Void terms are not binding on the parties, but the rest of the contract will continue to operate to the extent possible without those void terms.

WHY ARE THE CHANGES REQUIRED? ARE THEY ALL REQUIRED?

In recent years, there have been numerous calls from government, the ACCC, and various consumer rights groups to strengthen the UCT regime. It is argued that this is due to the relative inefficiencies in the current regime, such as the lack of financial penalties undermining deterrence. Despite, or perhaps because of, these inefficiencies, consumer protection bodies have received over 5,000 UCT complaints in the last few years, relating to both B2C and B2B transactions.

In December 2019, the Treasury announced a consultation into the UCT regime following concerns that the regime:

The Government has accepted the Treasury's conclusion that the absence of penalties is a deterrence problem with the current UCT regime. Because UCT are not prima facie illegal and do not attract any penalties, businesses are incentivised to include them and see whether they can "get away with it", only changing the terms "on the court steps" when challenged by the ACCC. Having the term merely declared void does not serve a deterrent purpose and is arguably not an efficient use of the public funds allocated towards the ACCC's investigation and litigation of the matter.

However, as referred to in the "Implications" in the above table, the proposed changes, in circumstances where the "unfairness" of a term is situational (the "unfairness" of a term being "situational"/having regard to the totality of the rights/obligations in a contract) are likely to result in considerable uncertainty and risk for businesses that need to engage with counterparties via standard form contracts – particularly given proposed "rebuttable presumptions" and the size of potential penalties.

The Competition and Consumer Committee of the Law Council of Australia raised these issues/concerns in its submission to Treasury, to which K&L Gates contributed. The link to the submission is here.

WHAT DOES THIS MEAN FOR YOUR BUSINESS?

The ACCC's recent proceedings against Fuji Xerox provide guidance for businesses on the kinds of contract terms that the ACCC will consider to be unfair in the first instance, such as:

The UCT regime interacts with a number of other protections under the ACL, meaning a breach of the UCT regime could also breach other parts of the ACL. Some of these other provisions are subject to pecuniary penalties, significantly increasing the risks of non-compliance:

The ACCC expects businesses to be aware of their negotiation practices with consumers and small businesses, and understand the presence and effect of any unilateral terms to avoid falling foul of the new regime.

From 5 April 2021, UCT laws apply to insurance contracts that are entered into, varied, or renewed on or after 5 April 2021.

If your business is in the practice of entering into insurance contracts, it is important that you review your terms so that they comply with the new UCT regime.

If you wish to have any more detail about the above issues or discuss them further, please do not hesitate to contact a member of the K&L Gates Competition & Consumer Law team. We have experience advising on UCT issues and can assist your business in its contract review and staff training. 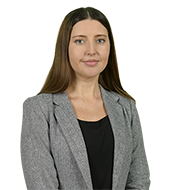 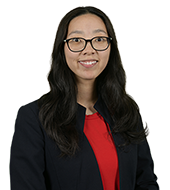