On 10 September 2021, Senate Finance Committee Chairman Ron Wyden of Oregon released a discussion draft proposing changes to partnership taxation, and to the taxation of regulated investment companies including mutual funds and exchange-traded funds (ETFs)--that would have significant impacts in the world of investment funds.1 Much of what is included in the proposed legislation would impose more rigid structures on how income, gains and losses of a partnership can be allocated among its partners. This alert, which is the first in a series, addresses how the proposed changes would impact regulated investment companies.

The ETF arbitrage mechanism results in ETFs regularly disposing of appreciated securities, currently without recognizing taxable gain that must be distributed to shareholders. It is this last point that is the focus of the proposed repeal of section 852(b)(6).

Senator Wyden’s discussion points accompanying the draft proposal assert that in-kind redemptions generally result in ETFs making smaller taxable capital gain distributions to their shareholders than do mutual funds. Senator Wyden also claims that ETF shares can appreciate even more, and with less frequent fund-level recognition of gain, than mutual fund shares. An ETF shareholder, however, does not avoid paying taxes on the gain, she merely defers recognizing and paying taxes on the gain until she sells the shares.

While one result of the repeal of section 852(b)(6) would be to cause ETFs to recognize more taxable gain than they do currently, there may be other unintended consequences.

The repeal of section 852(b)(6) is expected to be included in budget reconciliation legislation being developed in the Senate Finance Committee. Chairman Wyden’s stated policy for the proposal is “to close loopholes that allow wealthy investors and mega-corporations to use pass-through entities, primarily partnerships, to avoid paying their fair share of taxes.” As discussed above, in attempting to achieve this goal, the proposal may create unintended consequences, particularly for retail investors, that outweigh any perceived benefit of the repeal of section 852(b)(6).

Please contact the authors for information on how to provide input to Congress on this proposal.

2 Section 852(b)(6) is an exception to the general rule that a corporation’s distribution of property to its shareholders results in the recognition of gain by the corporation with respect to the distributed property. This provision helps registered funds avoid adverse tax consequences to their remaining shareholders when a large shareholder redeems its shares in the fund, as it allows the fund to meet the redemption demand using a nontaxable in-kind distribution of securities rather than selling securities and recognizing gain that would later be distributed and taxed to the shareholders left behind. 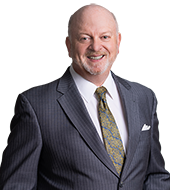