Background
On September 14, 2016, the European Commission (Commission) presented the Copyright reform, a legislative “Package” to promote a “more competitive European copyright-based economy in the Digital Single Market” (DSM). In addition to the need to harmonize national copyright regimes, already defined in the so-called DSM Strategy (here), the Commission identified the necessity to modernize copyright rules and therefore presented in December 2015 the Communication “Towards a modern, more European copyright framework” (here).

The set of measures presented on September 14 aims to achieve that modernization in three specific areas: online access to content in the European Union (EU), a review of copyright exceptions in the digital and cross-border environment, and reinforcing the functioning of the copyright-related marketplace.

In formal terms, this Copyright Package is composed by a Communication on “Promoting a fair, efficient and competitive European copyright-based economy in the Digital Single Market” (here), which accompanies the legislative proposals and presents other policy and funding initiatives that are designed to support and complement the objectives of the new legislation.

Why a reform
These legislative measures essentially intend to adapt the legal framework for copyright to digital and cross-border uses of protected content, taking into consideration new actors and business models, while trying to bring clarity to the system. However, there were several possible options to reach these goals, as the Commission examined in a long “Impact Assessment.” While most people accepted that the online environment created a challenge for copyright rules requesting some changes, the details of such changes have been the object of strong controversy for years, as any reform was perceived as including too much or too little. Now the Commission has come forward with what is generally perceived as a realistic and rather moderate set of reforms (in other words, no copyright revolution ahead). But still, some of the changes are important, and controversy is expected al along the parliamentary itinerary of these texts (for what they say and change, or for what they don’t dare to say).

In the words of the Commission, these copyright-related reforms have three main priorities, each one developed with different elements in the “package”: better access to content online and across borders; improving copyright rules on research, education, and inclusion of disabled people; and a fairer and sustainable marketplace for creators and press.

Better access to content online and across borders
The Commission proposes a legal mechanism for broadcasters to obtain more easily the authorizations they need from right holders to transmit programmes online in other EU Member States. This is about “ancillary online services, programmes that broadcasters transmit online at the same time as their broadcast as well as their catch-up services that they wish to make available online in other Member States, such as MyTF1 in France; ZDF Mediathek in Germany; TV3 Play in Denmark, Sweden, and the Baltic States; and AtresPlayer in Spain. The Commission believes that this will empower broadcasters to make available the vast majority of their content, such as news, cultural, political, documentary, or entertainment programmes, shown also in other Member States.

For this purpose, the new rules partially replicate in the online environment what has been in place for decades for cable and satellite communications in Europe: the country-of-origin principle and mandatory use collective management. By extending the country-of-origin principle, broadcasters will need to clear the rights only once, in the country from which they retransmit. And by imposing collective management, operators who offer packages of channels (such as Proximus TV in Belgium, Movistar+ in Spain, Deutsche Telekom’s IPTV Entertain in Germany) instead of negotiating individually with every right holder to offer such packages of channels originating in other EU Member States, they will be able to get the licenses from collective management organizations representing right holders (while broadcasters remain entitled to authorize the use of their Programme individually).

To help development of Video-on-Demand (VoD) offerings in Europe, the Commission asks Member States to set up negotiation bodies to help reach licensing deals, including those for cross-border services, between audio-visual right holders and VoD platforms.

Improving copyright rules on research, education, and inclusion of disabled people
The Commission has accepted the request to turn into a mandatory pan-European exception the one that allows educational establishments to use materials to illustrate teaching, and it extends it to the use of digital tools and to online courses across borders. The change is still limited, though. It is subject to the conditions that such use is conducted on “the premises of an educational establishment or through a secure electronic network” and that it is complemented by the indication of the source. Moreover, to the disappointment of some social groups and NGOs, Member States will still have the possibility to condition the exception to the nonexistence of available licenses.

The proposed Directive creates a specific exception to copyright for the purposes of scientific research, for reproductions and extractions activities to perform text and data mining of works. This should make it easier for researchers across the EU to use text and data mining (TDM) technologies to analyze large sets of data.

The Commission also proposes a new mandatory EU exception that will allow cultural heritage institutions to make copies of works in their collections to preserve them digitally.

Finally, the new rules intend to implement harmoniously the EU obligations deriving from the 2013 Marrakesh Treaty to facilitate access to published work for persons who are blind, visually impaired, or otherwise print-disabled, to ensure consistency in their application throughout the internal market. It creates mandatory exceptions to the rights harmonized under EU law and which are relevant for the uses protected by the Marrakesh Treaty. These embrace rights of reproduction, communication to the public, making available, distribution and lending. Given that the exceptions required by the Marrakesh Treaty also refer to works in audio form, these exceptions must correspondingly apply to related rights. In a separate instrument, a regulation will allow for the exchange of accessible format copies within the EU and with third countries that are parties to the Marrakesh Treaty, avoiding duplication of work and waste of resources.

A fairer and sustainable marketplace for creators and press
One of the controversial elements tackled by this reform is the so-called “value gap”: the weak position currently held by rights holders in front of online platforms distributing their music or audio-visual content (and benefiting from it). In the words of the Commission, the Copyright Directive “aims to reinforce the position of right holders to negotiate and be remunerated for the online exploitation of their content on video-sharing platforms such as YouTube or Dailymotion. Such platforms will have an obligation to deploy effective means such as technology to automatically detect songs or audio-visual works which right holders have identified and agreed with the platforms either to authorise or remove.”

To this goal, new obligations are imposed on online services providers that store and give access to a large amount of works uploaded by their users, to conclude agreements with right holders for the use of their works, and to take measures such as the use of effective content recognition technologies to avoid unlawful content. Member States are requested to ease the cooperation between right holders and information society service providers by way of stakeholders’ dialogues and through the provision of complaints and redress mechanisms for disputes over the application of the abovementioned measures.

In addition to that, with the intent of ensuring fair remuneration in contracts to authors and performers, the Directive forces Member States to impose a transparency obligation on the contractual counterparty of creators, consisting in the duty to inform them on the exploitation of their work, the revenues generated, and the due remuneration. This obligation is supported by the introduction of a contract-adjustment mechanism, which can be activated when the originally agreed remuneration is disproportionate compared to the successive benefits resulting from the exploitation of the works, and by a voluntary dispute resolution mechanism.

The Commission also proposes to introduce a new related right for publishers, similar to the right that already exists under EU law for film producers, record (phonogram) producers, and other players in creative industries like broadcasters: Newspapers, magazines, and other press publications will be legally recognized as right holders for the very first time, and therefore they will be in a better position when they negotiate the use of their content with online services using or enabling access to it. The proposal introduces a related right, to be granted by Member States to publishers for a term of 20 years, for the online uses of news publications. In addition, the license or transfer of a right by an author to a publisher will constitute a sufficient legal basis for the provision by Member States of the publisher’s right to “claim a share of the compensation for the uses of the work made under an exception or limitation to the transferred or licensed right.” In fact, this turns into European law a solution implemented for now in Germany and in Spain, with effective results open to debate.

Among the issues that the Commission has decided not to regulate at European scale is the so-called 'panorama exception' in EU copyright law, allowing Member States to lay down exceptions or limitations to copyright concerning the use of works made to be located permanently in public places (for example uploading images of monuments online).

What’s next
These texts will now start the ordinary legislative procedure, involving the European Parliament (and several of its Committees) and Member States represented in the Council of Ministers. The final result may well be different in some aspects and may include some issues rejected by the Commission. In the best-case scenario, the process starting now may take between 18 and 24 months before being effectively turned into European law. 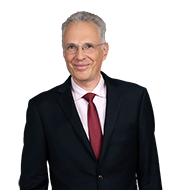