Upgrading The Pre-existing Nonconforming Use: Subtleties and Land Mines

Upgrading a pre-existing nonconforming use in New Jersey involves myriad issues, and resolving them is a bit like navigating between Scylla and Charybdis. The gravitational pull on the one side is the common law principle that such uses (colloquially, “grandfathered uses”) are not necessarily to be nurtured as they age but brought into conformance with current zoning as rapidly as possible. Belleville v. Perrillo’s Inc., 83 N.J. 309 (1980). Pulling in the opposite direction is the foundational principle that the owner of a legally grandfathered use has the right to continue it notwithstanding a subsequent ordinance amendment outlawing that use in the subject zone - a principle codified in N.J.S.A. 40:55D-68 but of constitutional dimension as it is acknowledged to be a valuable property right that cannot be taken by a municipality short of condemnation. Belmar v. 201 16th Ave., 309 N.J. Super. 663 (L. Div., 1997) Tension between these opposing principles is further strained if there is hostility toward the use, whether by the municipality itself or neighbors, particularly a business competitor with the will and means to fight.

In sequential order, the primary issues are (1) whether the use is legal in the first place, (2) whether the upgrade would expand it, and if so, (3) whether it would qualitatively change it to such a degree that, in reality, it is more fairly characterized as an entirely new use rather than an expansion of the pre-existing one. Each of the preceding underscored words has legal significance with distinct proof requirements.

Is The Use Legally Pre-existing?

The first issue the landowner confronts is whether its nonconforming use pre-dates current zoning. This may appear to be a straightforward question but is often layered with complexities. Moreover, it carries enormous risk: A landowner facing stiff headwinds on the second or third of the above issues has the option of withdrawing its application or even accepting a denial -- and in either case may continue the grandfathered use. Once the issue is raised of whether the current use is legal at all, however, it ordinarily must be pursued to conclusion and can result in its termination regardless of how long it has existed.

Thus, before filing an application to upgrade a nonconforming use, a landowner is well advised to research its operational history to determine whether an adequate record can be assembled documenting its original legality. Cox goes so far as to assert that municipalities should require such proofs as part of the submission package for any development application involving a nonconforming use. Cox & Koenig, New Jersey Zoning & Land Use Administration, §33-1.3 (GANN, 2019). This may seem somewhat extreme but its importance cannot be overstated: The mere passage of time during which a use has been conducted may be evidential, but isn’t determinative. It remains the landowner’s burden to show it began at a time when it was legally permitted, as grandfathering rights cannot be secured based upon a zoning violation, even if having occurred in the distant past. Hilton Acres v. Klein, 35 N.J. 570 (1961).

The Municipal Land Use Law (“MLUL”) has a mechanism for a landowner to obtain confirmation of grandfathered status. If within a year of the zoning amendment, N.J.S.A. 40:55D-68 provides that “a prospective purchaser, prospective mortgagee, or any other person interested in the land …” may apply to the municipality’s “administrative officer” for a certificate as to grandfathered status. An adverse decision is then appealable to the Zoning Board of Adjustment (“ZBA”). After that, such confirmation can only be obtained from the ZBA, either by way of an appeal of a zoning officer’s determination per N.J.S.A. 40:55D-70a (discussed further below), or direct application per N.J.S.A. 40:55D-72b, which provides that a “developer may file an application for development with the [ZBA] for action under any of its powers without prior application to an administrative officer.” Among them is the power to “hear and decide requests for interpretations of the zoning map or ordinance or for decisions upon any other special questions upon which such board is authorized to pass by any zoning or official map or ordinance in accordance with this act.” N.J.S.A. 40:55D-70b Thus, if the municipality’s zoning ordinance vests its ZBA with the full authority sanctioned by the MLUL, a “developer” (defined as “the legal or beneficial owner or owners of a lot or any land proposed to be included in a proposed development, including the holder of an option or contract to purchase, or other person having an enforceable proprietary interest in such land” N.J.S.A. 40:55D-4) may file an application to the ZBA for certification of grandfathered status.

Establishing when the use actually began can be a difficult task, particularly if it originated with a predecessor in title rather than the current owner, as is often the case. Even when its commencement can be accurately pinpointed, a subsidiary question often arises, namely, what exactly did the use consist of at the time the disallowing ordinance took effect? This raises the issue of “operational creep,” which has facets of both location and intensity. The question as to the former is, what were the geographic limits of the operation at the time it became nonconforming? As to the latter, has there been an improper intensification of the use even if remaining within the pre-existing footprint?

Is The Proposed Upgrade An Expansion?

The aforesaid location issue is rooted in a case decided under the predecessor statute to the current MLUL, where the property owner argued that it had the right to expand its commercial dairy operation to the “four corners” of its then residentially zoned property, notwithstanding that it had historically been limited to a portion of it. Kohl v. Mayor & Council of Fair Lawn, 50 N.J. 268 (1967). The Court rejected the argument, though it did hold that an applicant for an expansion variance does not bear the much higher burden of proving the underlying operation itself could be approved anew as a use variance under N.J.S.A. 40:55D-70d(1).

As to intensity, it is well settled that the owner of a grandfathered use may undertake maintenance and upgrades to continue it without pursuing a variance, but only if the work will not materially enlarge or modify it. Grundlehner v. Dangler, 29 N.J. 256 (1959). Stated otherwise, if the post-upgrade use will remain substantially similar to the grandfathered use, it will be permitted as of right. Arkam Machine & Tool Co. v. Lyndhurst Twp., 73 N.J.Super. 528 (App. Div., 1962). Thus, an upgrade requiring only building permits rather than site plan approval should be resolvable at the level of the municipal construction officer.

The problem with the foregoing is that the determination of whether an upgrade will expand the use in the legal sense is a mixed question of law and fact. Bonaventure International v. Spring Lake, 350 N.J.Super. 420 (App. Div., 2002). As such, it is ordinarily beyond the ken of a municipal zoning officer; therefore, the prudent course of action for the landowner is to involve the municipal counsel if possible, and to publish notice of a favorable decision afterwards in order to begin the twenty-day period for an interested party appeal per N.J.S.A. 40:55D-72a. If the decision is that a proposed upgrade will result in an expansion, a landowner determined to proceed has three options: (1) Appeal the decision to the ZBA pursuant to N.J.S.A. 40:55d-70a; (2) concede the point and apply to the ZBA for a variance pursuant to N.J.S.A. 40:55D-70d(2); or (3) essentially do both, i.e., appeal to the ZBA while simultaneously requesting variance relief in the alternative. In either instance involving an appeal, the landowner should be mindful of N.J.S.A. 40:55D-72’s aforementioned twenty-day time limitation.

Is The Proposed Upgrade A New Use Rather Than An Expansion?

Once it is determined that a use is legal but that the post-upgrade operation would not be “substantially similar,” the next decision fork is whether the proposed change is truly an expansion or in reality an entirely new use. A variance for the former is cognizable under N.J.S.A. 40:55D-70d(2) while the latter is under d(1). Because of the formidable difference in proof requirements, the distinction is crucial.

The landmark “new use” case is Belleville v. Perrillo’s Inc., supra, where the Court held that, absent variance relief, a grandfathered restaurant with incidental dancing could not morph into a “discotheque” involving primarily dancing. Of more recent vintage is Sadaala v. East Brunswick Zoning Board, 412 N. J. Super. 541 (App. Div., 2010) where the Court overturned the ZBA’s grant of a d(2) variance permitting two nonconforming uses on separately owned lots, one a gas station and the other a convenience store, to be combined under single ownership and redeveloped as a modern “gas station/convenience store.” In the Court’s view, this would constitute an entirely new use, thus requiring the enhanced proofs of a d(1) variance. Cf. Medici v. BPR Co., 107 N.J. 1 ((1987). Moreover, the Court further concluded that those proofs could not be met as a matter of law, thus leaving the applicant with the sole alternative of petitioning for a zoning ordinance amendment.

The owner of a grandfathered use always bears the burden of proving its legal status. Prudence thus dictates thoroughly vetting this before any application for development is submitted to a municipality, even if by a contract lessee or purchaser for an entirely new use. The scrutiny invited by any application leads invariably to the question of whether the existing use is legal at all, and the downside then becomes not just a denial but the possible permanent loss of the current operation itself.

Reprinted with permission from the New Jersey Law Journal. 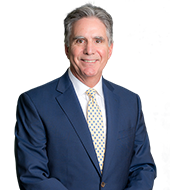