On 2 December 2020, the U.S. Department of Health and Human Services’ (HHS) issued two Final Rules in conjunction with its “Regulatory Sprint to Coordinated Care,” which will markedly change the regulatory fraud and abuse landscape for “value-based” arrangements:

These Final Rules introduce an entirely new framework for structuring permissible arrangements and affiliations between and among health care providers and payors. They introduce a host of new definitions, safe harbors, and exceptions that are designed to play a central role toward innovating care coordination and health care payment models for years to come.

The Final Rules include three AKS safe harbors and three Stark Law exceptions that reflect a sliding scale of regulatory flexibility for value-based arrangements. This sliding scale is based on a degree of risk sharing that is incorporated into the agreement. Intuitively, the greater the amount of risk sharing incorporated into the arrangement, the more flexibility provided under the safe harbor or exception.

These safe harbors and exceptions are intended to cover a broad array of arrangements, offering flexibility for payors and providers to “design their own model” through selecting, for example, the patient populations, value-based purposes and activities, quality measures, payment methodologies, referral requirements, and other components that fit the “value-based purpose” the parties are seeking to achieve. For arrangements that are designed and implemented to fit within the parameters set forth in the Final Rules, those arrangements will not be subject to certain traditional fraud and abuse safeguards such as a requirement that an arrangement be set at fair market value, and without a broad prohibition on remuneration under an arrangement taking into account the volume or value or referrals. However, these flexibilities can only be taken advantage of through carefully structured arrangements that satisfy a series of requirements set forth in the Final Rules.

These changes and requirements are discussed in detail in K&L Gates’ White Paper: Value-Based Safe Harbors and Exceptions to the Anti-Kickback Statute and Stark Law. This White Paper is available here. 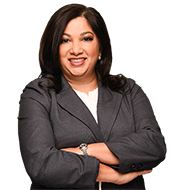 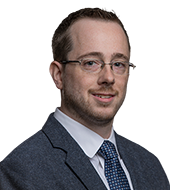