The Department of Veteran Affairs (VA) has long outsourced care for veterans that the VA could not provide and for veterans’ emergency care (community care). Over the past decade, the VA has experienced significant difficulties in compliantly and effectively managing claims adjudication and reimbursement for community care through the evolution of multiple programs. Now, the VA is asking providers to potentially foot the bill.

Specifically, the VA has contracted with a private recovery audit contractor, HMS Federal Solutions (HMS), to conduct a new audit of over US$35 billion in payments to community care providers, focusing on physician-administered drugs, emergency care for veterans and their families, and claims paid under programs such as the Civilian Health and Medical Program of the Department of Veterans Affairs (CHAMPVA), the Spina Bifida Health Care Benefits Program, and the National Dialysis Contract Program (NDCP). This alert address how providers can determine whether they fall within HMS’s scope of work and prepare for these audits by investigating their claims now to limit their costs and exposure during the audit and appeals processes.

Over the past two decades, the VA Office of Community Care (VACC), which manages the community care program, has implemented a number of programs to manage community care that historically had been provided based on individual authorizations (IAs) to specific providers to treat a specific patient and payment for emergency care processed through local VA medical facilities (VAMCs).1 In 2012, the VA began the process of consolidating all claims adjudication for community care away from VAMCs into a central adjudication process managed by the VACC in the District of Columbia. In 2013, the VA engaged third-party administrators (TPAs) under Patient-Centered Community Care (PC3) Program contracts, which included care provided under the Veterans Choice Program (Choice). Both programs enabled veterans to obtain care from providers in their community and were administered under contracts entered into in 2013 with two TPAs, HealthNet Federal Services (HealthNet) and TriWest Healthcare Alliance Corporation (TriWest), for PC3. The TPA contracts were modified to incorporate Choice after the enactment of the Veterans Access, Choice, and Accountability Act of 2014. Under these contracts, TPAs performed a variety of administrative services for these two programs, including processing and payment of claims from community providers who provided care to veterans. In June 2019, the VA ended the PC3 and Choice programs, launching a new community care program by implementing portions of the VA Maintaining Internal Systems and Strengthening Integrated Outside Networks Act of 2018 (MISSION Act) to provide veterans with more flexibility and health care options.

Ultimately, these multiple changes in managing and properly adjudicating reimbursement caused a myriad of struggles for the VA, including overpayments to community care providers. In turn, the VA Office of Inspector General (VA-OIG) conducted investigations into overpayments under the Choice and PC3 programs between 2014 and 2019. In October 2014, the VA-OIG investigated an allegation that the VA was paying full price for physician services to a non-VA provider rather than paying lower contract rates, resulting in overpayments of provider claims for NVC.2  In June 2017, the VA-OIG issued a report that concluded Florida VA facilities had in fact overpaid NVC providers by about US$17.2 million, and the Veterans Health Administration’s failure to utilize Medicare payment rates for physician-administered drugs (J-codes), in accordance with the payment methodologies outlined in 38 C.F.R. § 17.56, caused the overpayments.3

Additionally, in September 2018, a VA-OIG investigation and report found that TriWest and HealthNet received more than US$100 million in overpayment while managing the PC3 and Choice programs from 2016 to 2017.4 In December 2020, TriWest subsequently reached a settlement agreement with the Department of Justice of approximately US$180 million for alleged improper retention of overpayments from the VA in its administration of the PC3 and Choice programs from 2014 to 2019, including instances where the VA paid TriWest twice for the same services, as well as payments for services for which TriWest received full or partial reimbursement from certain health care providers.5

In January 2017, the VA contracted with CGI Federal, Inc. (CGI) for Recovery Audit Contractor (RAC) services to audit NVC providers obtained through IAs and recoup J-code payments in excess of Medicare payment rates.6 Ultimately, CGI recovered roughly US$36 million of an estimated US$800 million overpayment of J-codes performed by specialty practices all over the country prior to terminating the audit in 2018. Counsel from K&L Gates, LLP (K&L Gates) defended providers across the country prior to CGI’s RAC services being terminated and were able to create favorable resolutions of overpayments directly with the VA without completing the audit process.

In January 2019, the VA issued a statement of work (SOW) for a new RAC contract, which dramatically increased the scope of review7:

The Choice program portion of the audit covers 31,688,912 claims with a value of more than US$18 billion.

In February 2020, HMS was awarded the new VA RAC contract. Notably, the new RAC cites 38 U.S.C. § 1703(d) for authority that has been revised since the time of contracting. The former version of 38 U.S.C. § 1703(d) contained language indicating that the statutory authority to conduct audits applied only to contracted care, rather than to IAs for non-VA provider treatment.8 IAs are ill-defined statutorily, and VA regulations fail to expressly address provider complaints, appeals, or continuity of care for Community Care provided under an IA. Further, IAs lacked standard payer clauses, which would have specifically defined the remedies available to community care providers should a dispute arise between them and the VA. Although the VA has broad authority under the Improper Payment Elimination and Recovery Improvement Act of 2012 to engage the RAC to perform auditing, the legal question of specific authority for HMS to perform the full scope of services authorized under the contract remains untested.

It is essential to understand that HMS has no authority to negotiate settlements or resolutions with providers related to the audit; only the VA itself may engage in such discussions. The VA likewise can enter into payment plans, waivers, and compromises with individual or groups of providers without requiring the contractor’s approval or input.

How Providers Should Prepare

Providers within the scope of the SOW should prepare to defend against HMS’s review by self-auditing in an effort to reduce exposure and cost required to respond to the audit and appeal process. Defending a RAC audit is an arduous and labor-intensive process. Providers should investigate their claims now to determine if they have exposure, should disclose any quantified overpayments, and initiate a settlement process to mitigate the burden of the RAC and negotiate a more manageable resolution.

K&L Gates Health Care group has a robust audit and integrity practice with historical knowledge and cutting-edge capabilities to defend RAC audits and assist providers with cost-effective and efficient resolutions.

1 VA has statutory authority to obtain medical services for veterans from non-VA care (NVC) providers when the VA is unable to feasibly provide care at one of its VA medical facilities. 38 U.S.C. § 1703; 38 C.F.R. § 17.52. For community care, VA representatives authorize such care by sending to NVC providers a VA Form 10-7079, Request for Outpatient Services or VA Form 10-7078, Authorization and Invoice for Medical and Hospital Services. 38 C.F.R. § 17.52(a). The VA pays for services obtained from NVC providers via IA in accordance with payment methodologies described in 38 C.F.R. § 17.56.

8 See DaVita, Inc. v. United States, 110 Fed. Cl. 71, 80 (2013) (“The statutory and regulatory framework governing the provision of medical services to veterans establishes that the authorizations at issue are not contracts. Rather, authorizations are separate instruments to be used when a particular medical service is not available under an existing contract.”). 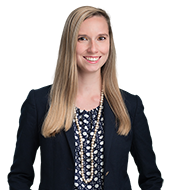