Thirty years after its enactment, California’s Safe Drinking Water and Toxic Enforcement Act of 1986 (commonly referred to as “Proposition 65”) remains an undiminished irritant to businesses who sell products that are used in California.  Proposition 65 is a so-called right-to-know statute that requires everyone in the chain of commerce to ensure that California consumers receive “clear and reasonable” warnings prior to being exposed to a growing list of chemicals—now numbering more than 800.

Compliance with Proposition 65 has remained problematic for businesses for several reasons.  The list of chemicals subject to its requirements continues to swell.  Companies often do not know that their products contain a chemical subject to Proposition 65 until after they receive notice from a prospective plaintiff.  Sometimes they fail to realize that a new chemical listing requires a warning on a product that formerly did not need one.  At the same time, private “bounty hunters” make their livings by pouncing on violations.

Now, new regulations will further complicate compliance efforts.  Proposition 65 requires that the warning be “clear and reasonable,” but it does not state what constitutes a “clear” or “reasonable” warning, and does not state how the warning should be provided.  In the past, California’s Office of Environmental Health Hazard Assessment (“OEHHA”) promulgated regulations specifying rather generic warning language would be deemed “clear and reasonable.”  Those so-called “safe harbor” warnings are, therefore, at the heart of Proposition 65 compliance for many companies.  They have spent years modifying product labels, websites, and marketing literature to incorporate the safe-harbor warnings.

OEHHA has adopted new regulations that change the requirements for the content and format of warnings to gain safe-harbor protection.  Any company that manufactures, distributes, or sells any product that contains any one of the approximately 800 listed chemicals “known to the [State of California] to cause cancer or reproductive toxicity” and requires Proposition 65 warnings will soon have to overhaul its warning program.

The following Alert highlights a few of the sweeping revisions to the warning requirements that apply to consumer products.

WARNING: This product contains a chemical known to the State of California to cause cancer.

WARNING: This product contains a chemical known to the State of California to cause birth defects or other reproductive harm.

For example, the new safe-harbor warning for exposure to a chemical that is listed as both a carcinogen and a reproductive toxicant must now state:


The new regulations will ultimately require companies to review the listed chemicals present in a product and provide a particular warning based on the listed chemicals and the method of transmission in order to comply with the safe-harbor provisions.  The requirement to disclose the name of at least one Proposition 65 chemical in the warning language may trouble many companies, who may fear adverse consumer response to the disclosure.  This concern is magnified for companies outside California, where this type of warning is rarely seen and is more likely to deter consumers.

However, companies that use the so-called “on product” warning face different size requirements.  The short-form, on-product warning “must be in a type size no smaller than the largest type size used for other consumer information on the product.”  It must appear in a minimum of 6-point type.  Thus, as a practical matter, the short form of warning likely will only be used on products with very small labels.

Method of Transmission - Internet Warnings
The new regulations now address Internet warnings.  To comply with the safe-harbor provisions for Internet purchases, the new regulations require companies to include the safe-harbor warnings on the product display page, in a hyperlink using the word “WARNING” on the product display page, or by otherwise prominently displaying the warning to the purchaser prior to completing the purchase.

The practice employed by many companies of providing the warning using a small and uninformative link at the bottom of a webpage will no longer suffice.  Warnings that require the purchaser to search for the warning in the general content of the website are not considered prominently displayed.

Limited Warning Responsibilities for Retailers
Retailers have been frequent targets of claims by bounty hunters.  Existing regulations have attempted to place the burden of providing warnings on the manufacturer, producer, or packager, but the new regulations go further.  Unless they label their products, manufacturers, producers, and packagers must document that they have notified retailers of the need to provide warnings and provided all necessary warning materials.  Retailers are only responsible for providing warnings if they have been notified but have failed to provide the warnings, if they are selling “house brands,” or in other limited circumstances.

Grace Period
The new regulations become operative on August 30, 2018, and will apply to products manufactured after that date.  In the interim, companies may comply with the safe-harbor warning provisions of either the existing or new regulations.  Companies should not wait until 2018 to implement new warning programs, though.  Those companies currently assessing compliance or undergoing labeling changes would be wise to look ahead to the new regulations to avoid changing their labeling twice.

The key to managing Proposition 65 risk is to minimize the risk of being sued in the first place.  Every change in applicable regulations provides opportunistic bounty hunters with new ways to assert claims.  There are numerous examples of bounty hunters exploiting changes in listings or regulations to trap companies who were too slow in adapting to new rules.

For example, each time a new chemical is added to the state’s growing list, there is a one-year grace period to start providing warnings.  On the one-year anniversary of OEHHA adding Cocamide DEA, a common foaming agent used in shampoos and other personal care products, to its list, sharp-elbowed bounty hunters raced each other to assert dozens of claims against manufacturers and retailers.  Many of those companies had tried hard to label or remove unlabeled products from their shelves, but got tripped up by old inventory.

Businesses can expect a similar race to the courthouse once the new warning regulations take effect in 2018.  Furthermore, even though existing safe-harbor warnings will suffice for products manufactured before the new regulations take effect in August 2018, companies may face practical difficulties in proving when products were “manufactured.”  The new regulations permit early adoption of the new warnings, and the sooner new warning language is adopted, the less likely it is that companies will face Proposition 65 claims arising from preexisting labels.

Must the Safe-Harbor Warnings Be Used?
The simple answer is “no.” The safe-harbor warnings are just that―safe harbors.  They are one of the most effective methods of avoiding costly litigation, but companies can comply with Proposition 65 by using any warning that is “clear and reasonable.”

Companies using alternative warning methods should be prepared to defend them, though.  There is a cottage industry of bounty hunters looking for ways to bring claims.  Bounty hunters assert literally hundreds of claims every year.  Those claims have led to an average of more than 500 settlements annually since 2012.  The new regulations are, therefore, bound to spawn another round of litigation against companies that fail to update their warnings. 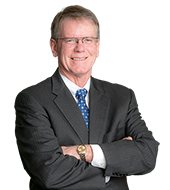 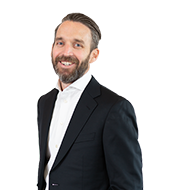