In today’s consumer economy, it is no rarity for Washington businesses to transact with non-Washington consumers.  The Washington Consumer Protection Act, chapter 19.86 RCW (“CPA”) is a staple of Washington consumer litigation.  But can an out-of-state consumer bring a CPA claim against a Washington business?  And what if the business is also a non-Washington resident, but acts through an agent in Washington?  The Washington Supreme Court answered both of these questions in the affirmative in its December 10, 2015 opinion in Thornell v. Seattle Service Bureau, Inc., No. 91393-5 (Johnson, J.).  In Thornell, the Washington Supreme Court responded to two certified questions from the Western District of Washington’s Chief Judge Marsha J. Pechman, which sought to clarify a surprisingly murky aspect of the otherwise well-litigated statute.

The Thornell Decision
In a unanimous decision released only 51 days after oral argument, the Washington Supreme Court held that the “CPA does allow claims for an out-of-state plaintiff against all persons who engage in unfair or deceptive acts that directly or indirectly affect the people of Washington.”  Thornell, No. 91393-5 at 11.  Rejecting a narrow reading of the CPA’s territorial applicability, the court opined that such geographic limitations would vitiate the “CPA’s twin purposes of protecting the public and fostering fair and honest competition, and [such limitations] are not supported by the language of the statute.”  Id.  The Thornell decision relies primarily on the CPA’s definition of “commerce,” which includes “any commerce directly or indirectly affecting the people of the state of Washington.”  RCW 19.86.010(2) (emphasis added).  Id. at 7–8.  The court concluded that, although a non-Washington consumer would not necessarily be affected by transactions with persons outside of Washington, competition among Washington entities may be affected if one entity could avoid CPA liability as to transactions with persons outside of Washington.  Id.

With respect to the second certified question—whether a non-Washington consumer may assert CPA claims against a non-Washington business acting through a Washington agent—the court focused on the viability of the agency relationship, holding that “[a] principal cannot send agents into a state to commit CPA violations in order to avoid liability by virtue of its out-of-state residence.”  Id. at 12.  Whether liability of an out-of-state business can be established based on an alleged agency relationship with a Washington entity will remain a question of fact for trial courts.  Id.

Thornell Clarifies an Unclear Area of the CPA
The Washington Supreme Court’s decision in Thornell sheds light on an aspect of the CPA that the court has previously left ambiguous.  In January 2010, the Washington Supreme Court ruled in no uncertain terms that non-Washington residents cannot bring a CPA claim.  Schnall v. AT&T Wireless Services, Inc., 225 P.3d 929, 939, 168 Wash.2d 125, 143 (2010) (“Schnall I”).  In Schnall I, the trial court declined to certify a nationwide class action brought by customers of AT&T Wireless Services, a corporation headquartered in Washington State.  Id. at 133.  The plaintiffs in the putative class action asserted multiple claims, including a violation of the CPA.  Id. at 932.  The Washington Supreme Court affirmed the denial of certification on multiple grounds.  While noting that both the trial court and appellate court mentioned that the CPA was applicable to the out-of-state plaintiffs’ claims, the court dedicated a section in Schnall I to holding that a violation of the CPA cannot be asserted by non-Washington consumers.  Id. at 142–43.  The court stated, “[e]ven the general extraterritorial flavor of RCW 19.86.920 cannot change the clear standing limitations in the statute: a claimant must allege injury in trade or commerce that ‘directly or indirectly affect[s] the people of the state of Washington’. . . . In the context of this case, the CPA only applies to claims brought by persons residing in Washington.”  Id. at 143 (internal citations omitted).

Justice Sanders dissented in Schnall I, raising particular concern about the court’s interpretation of the CPA’s extraterritorial application.  Schnall I, 168 Wash.2d at 154–56.  Taking issue with the court’s narrow reading of the statute, Justice Sanders opined, “[i]f a Washington business is acting in an unfair or dishonest way nationwide, Washington has a strong interest to address the full, nationwide effects of that behavior; Washington should not become a harbor for businesses engaging in unscrupulous practices out of state.”  Id. at 154.  In April 2011, the Washington Supreme Court issued a superseding opinion (“Schnall II”) which made a discreet but important change: Schnall II removes the section on the extraterritorial reach of the CPA.  In Footnote 4 of Schnall II, the court notes that it does not have to reach the question of extraterritorial application of the CPA to reach a conclusion in the case at bar.  Schnall v. AT & T Wireless Services, Inc., 171 Wn.2d 260, 276 (2011).  Justice Sanders again dissented, asserting that while the majority now declined to reach the question, transactions “between a Washington resident and out-of-state customers, originating at least in part in this state, fall well within the jurisdictional boundaries of the CPA.”  Id. at 289. 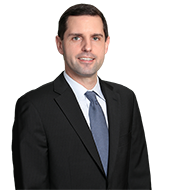