On August 27, the Washington Supreme Court unanimously held in Nissen v. Pierce County that text messages sent or received by a public employee in his or her official capacity are public records within the meaning of the Public Records Act (PRA), even if the employee is using a personal cell phone.

The plaintiff in Nissen made public records requests to Pierce County requesting cell phone records associated with a Pierce County official’s private cell phone.  In response, the County disclosed redacted versions of a “call log” and “text message log” generated by the official’s service provider.  These materials included itemized lists of potentially work-related calls and text messages but, importantly, did not include the content of the text messages.

Addressing an issue of first impression, the Court concluded that records associated with the private cell phones of public employees may be subject to disclosure when used to conduct agency business.  In so holding, the Court rejected the distinction the County attempted to draw between an agency’s records and those of its employees.  The Court explained that because a governmental agency necessarily acts through its employees and agents, any actions of its employees are “tantamount to” actions of the agency itself.  Nissan v. Pierce County, No. 90875-3, at *10 (Wash. Aug. 27, 2015).  By extension, the Court concluded, “a record that an agency employee prepares, owns, uses, or retains in the scope of employment is necessarily a record ‘prepared, owned, used, or retained by [a] state or local agency.’” Id. at *12 (quoting RCW 42.56.010(3)).  The Court further reasoned that distinguishing between agency records and those of its employees would frustrate the purpose of the PRA by shielding the latter from public scrutiny.

Public agencies can take comfort in the Court’s recognition that the Court’s holding on this subject does not transform “every ‘work-related’ personal communication” into “a public record subject to disclosure.”  Id. at *13.  To the contrary, records prepared, owned, used, or retained by a public employee only qualify as public records when the employee is acting within the scope of employment.  For example, the Court explained that an employee’s email to a spouse about working late, post on social media about his or her job, or private diary entry would not give rise to a public record subject to disclosure under the PRA.

Next, the Court turned its attention to the records at issue, concluding that the text messages the public official had identified as potentially business-related qualified as “public records” within the meaning of the PRA.  In contrast, the court determined that the “call logs” and “text message logs” prepared by the official’s service provider did not qualify as public records, because the County did not “use” them to conduct County business.  In so holding, the Court reaffirmed its expansive reading of the PRA, announcing that “records can qualify as public records if they contain any information that refers to or impacts the actions, processes, and functions of government.”  Id. at *16.

Based on this ruling, public agencies should consider how to manage the use of personal cell phones for agency business.  Options may include: (1) providing training or adopting policies or procedures regarding the use of personal devices; (2) consider issuing agency cell phones; or (3) exploring the use of message capturing software for all agency-business related communications.  If you have any questions or would like to discuss these or other recommendations in greater detail, please contact the authors of this alert. 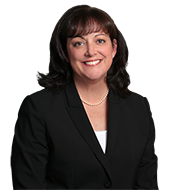 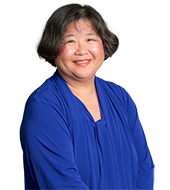 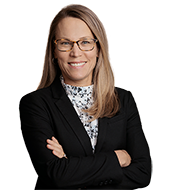