Welcome to the Aatrix: Facts, Lots of Facts, Available for Eligibility Analyses?

Two recent Federal Circuit opinions suggest that factual questions and evidence may influence eligibility analyses under 35 U.S.C. § 101. These opinions may significantly change how both litigators and prosecutors handle § 101 issues, with a new focus on factual questions of inventiveness.

The first of these cases, Berkheimer v. HP Inc., concerned U.S. Patent No. 7,447,713 (“the ’713 Patent”), which described a system for digitally processing and archiving files. [1] The system parsed files into multiple objects and compared the objects with archived objects. [2] The system eliminated redundant storage of repeated text and graphical elements and enabled a “one-to-many” editing process where changing one object takes effect in all other archived documents containing the object. [3] Berkheimer owned the ’713 Patent and sued HP for patent infringement. At a Markman hearing, the district court found claim 10 indefinite based on the claim term “minimal redundancy.” [4] HP then moved for summary judgment, arguing that some of the claims at issue were invalid under § 101. [5] The district court granted the motion and Mr. Berkheimer appealed to the Federal Circuit (the “Court”). [6]

The Court began by affirming the district court’s indefiniteness finding. [7] The Court stated that the claim term itself, “minimal redundancy,” is not reasonably clear regarding what level of redundancy is acceptable. [8] The specification did not clarify the term either, as it used inconsistent terminology including “minimiz[ing] redundan[cy],” “eliminating redundancy,” and “reducing redundancies.” [9] Further, the only example in the specification was an archive that had no redundancy, which the claim term does not require. [10] The prosecution history did not remedy this, so the Court accepted the district court’s use of extrinsic evidence. [11] HP’s expert stated that the term did not provide reasonable certainty and Berkheimer did not provide an expert, so the Court found that district court did not commit a clear error in finding the term indefinite. [12] Thus, the Court upheld the finding that the claim term “minimal redundancy” is indefinite. [13]

Claim 4 depends from claim 1 and represents the second group, further reciting “storing a reconciled object structure in the archive without substantial redundancy.” [15]

At Step One, the Court found the first claim group directed to the abstract idea of parsing and comparing data. [16] The Court found the second claim group directed to the abstract idea of parsing, comparing, and storing data, with some of the claims further directed to the additional abstract idea of editing data. [17] The Court found these claims similar to abstract claims from prior cases, including In re TLI Communications. [17] In TLI, the claims covered recording images, digitally storing them, transmitting the digital images and classification information, and storing the digital images based on the classification information. [19] Similarly, the parser in claim 1 of the ‘713 Patent determines and extracts object structures from the items and reassembles the extracted structures into composite output files. [20] The Court noted that it was not enough that the parser is more granular than the claims in the prior cases. [21]Rather, it was enough that the operations paralleled the claims in those cases. [22] Similarly, the addition of the storage and editing steps in the second claim group did not prevent those claims from being directed to abstract ideas. [23]

At Step Two, the Court made the important point that factual evidence may be used to determine whether a claim element or combination of elements is well-understood, routine, and conventional. [24] The Court drew a parallel between the Step Two analysis and indefiniteness, enablement, and obviousness analyses, noting that each of these is a question of law that may depend on underlying questions of fact. [25] Because the analysis may depend on questions of fact, the Court noted that it may be inappropriate to perform a Step Two analysis on a motion for summary judgment where there is a genuine issue of material fact. [26] Here, there was no genuine issue of material fact regarding the first claim group. [27] Although the improvements described in the specification may improve computer functionality, the Court found that the first claim group did not capture these improvements. [28] The improved storage efficiency and the one-to-many editing provided the improved computer functionality, but claim 1 did not capture these improvements by reciting the unconventional activities enabling these improvements. [29] Claim 1 did not require storing data after presenting it for manual reconsideration and its parser performed functions known at the time. [30]

In contrast, the second claim group did capture the improved computer functionality. [31] Specifically, the limitation of “storing a reconciled object structure in the archive without substantial redundancy” captures the improved functionality. [32] The Court relied on statements in the specification as factual evidence connecting this storage function to both the improved computer performance and the one-to-many editing function. [33] Based on this evidence, the Court concluded that there was a genuine issue of material fact as to whether the second claim group performs well-understood, routine, and conventional activities. [34] Thus, the Court held that summary judgment on this question was improper. [35]

The biggest takeaway from this case may be the Court’s holding that factual evidence and factual disputes may be relevant to Step Two of § 101 eligibility analyses. This potentially opens up new evidenced-based arguments for patent owners whose patents are challenged in a litigation and for inventors whose applications are facing § 101 rejections.

The second case, Aatrix Software, Inc. v. Green Shades Software, Inc., concerned U.S. Patent Nos. 7,171,615 (“the ’615 Patent”) and 8,984,393 (“the ’393 Patent”). [37] The ’615 and ’393 Patents describe systems and methods for designing, creating, and importing data into a viewable form. [38] The viewable form enables users to manipulate form data to create viewable forms and reports. [39] The system uses a form file which emulates the appearance of a physical form and a data file that allows data importation from third-party programs into the form file program. [40] It also includes a viewer that generates a report by merging the imported data with the form file. [41] Claim 1 recites:

(a) a form file that models the physical representation of an original paper form and establishes the calculations and rule conditions required to fill in the viewable form;
(b) a form file creation program that imports a background image from an original form, allows a user to adjust and test-print the background image and compare the alignment of the original form to the background test-print, and creates the form file;
(c) a data file containing data from a user application for populating the viewable form; and
(d) a form viewer program operating on the form file and the data file, to perform calculations, allow the user of the data processing system to review and change the data, and create viewable forms and reports. [42]

Aatrix sued Green Shades for patent infringement of the ’615 and ’393 Patents. [43] Green Shades moved to dismiss under Rule 12(b)(6), arguing that all of the asserted claims were invalid under § 101. [44] Aatrix argued that the district court should deny the motion and permit claim construction to go forward and filed declarations discussing the invention. [45] The district court granted Green Shades’ motion and did not consider Aatrix’s declarations. [46] The district court reasoned that claim 1 was not directed to eligible subject matter because it was not directed to any tangible embodiment. [47] Aatrix moved to vacate the judgment, for reconsideration, and for leave to amend its complaint. [48] The district court denied these motions and Aatrix appealed to the Federal Circuit. [49]

Echoing Berkheimer’s summary judgment discussion, the Court began by stating that patent eligibility can only be determined on a motion to dismiss if there are no factual allegations that, taken as true, prevent resolving the eligibility question as a matter of law. [50] In cases with claim construction disputes, the court may either adopt the non-moving party’s construction or resolve the disputes to the extent necessary to decide eligibility. [51] Here, the district court erred by finding claim 1 ineligible because it was not directed to a tangible embodiment. [52] Claim 1 is a system claim that clearly requires a computer operating software, a means for viewing and changing data, and a means for viewing forms and reports. [53] These requirements make it a tangible system, so the Court stated that the district court should have performed an Alice/Mayo analysis of the claim. [54]

The Federal Circuit held that the district court also erred by refusing to permit Aatrix to amend its complaint. [55] The district court did not provide a reason for denying Aatrix’s motion to amend. [56] However, when it requested leave to amend, Aatrix included allegations of fact that, if accepted, would preclude dismissal at Step Two. [57] Specifically, the Court reiterated that patentees who adequately allege inventive concepts survive a Rule 12(b)(6) § 101 analysis. [58] Here, the second amended complaint explained the problems in the prior art and how the invention solved these problems. [59] It also alleged computing efficiency increases that the invention enabled. [60] Each of these allegations supported the claim’s eligibility at this stage in the litigation. [61] These allegations were also relevant to whether the claimed elements and combination were well-understood, routine, or conventional activities. [62]

The Court also discussed the need for claim construction, noting that Aatrix had requested it since the motion to dismiss. [63] The specification, for example, includes details important to interpreting claim terms relevant to the inventive concept argument. [64] Accordingly, it was improper for the district court to conclude the Rule 12(b)(6) stage with these outstanding interpretation questions. [65]

Judge Reyna dissented in part from the case, taking issue with the majority’s emphasis on the role of factual evidence in a § 101 inquiry. [66] He was worried about opening the door to all forms of extrinsic evidence and about prematurely imposing claim construction requirements on lower courts. [67] Additionally, he worried that parties can avoid these motions by simply amending their claims to allege extrinsic facts that courts must take as true. [68]

Aatrix is primarily interesting as another example of the Federal Circuit discussing the relevance of factual considerations to § 101 eligibility analyses. It also shows that factual questions may be useful early in the litigation process to protect patents from premature eligibility challenges.

These cases suggest that litigants with patents challenged on § 101 grounds may consider highlighting disputed questions of fact that courts should decide. This strategy may allow challenged claims to survive a motion to dismiss or summary judgment challenge, as seen in these cases. Patent applicants may also consider factual challenges to § 101 rejections made by examiners. Moving forward, en banc or Supreme Court review of this issue is plausible, as both of these opinions were written by Judge Moore and joined by Judge Taranto. We will continue to monitor any changes to these newly-available § 101 arguments. 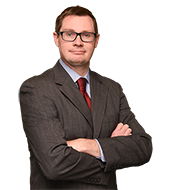