Will you be Penalised for a Penalty?

Recent Developments in the law of Penalties
The law has long struggled with two competing notions about the proper approach to penalties, namely:

Until recently, the law of penalties in Australia was generally the same as in England. In both jurisdictions, a provision would be invalid as a penalty only when there was a breach of contract and the damages were greater than a genuine pre-estimate of loss (the Dunlop [1] principles).

However, in Andrews v ANZ [2], the High Court of Australia departed from established principles by extending the penalty doctrine to situations not involving a breach of contract.

In what is sure to become another important development in the law of penalties, the UK Supreme Court in Cavendish v Makdessi [3] recently upheld the validity of two clauses alleged to be penalties. It focussed on whether the innocent party had a legitimate interest in enforcing the damages claimed, rather than whether the damages represented a genuine pre-estimate of loss.

This new approach is better suited to more complex damages clauses where an innocent party's interests extend beyond compensation for breach. In this case, the legitimate interest was protecting the goodwill of a newly purchased business and the buyer's investment in it.

The court recognised that where you have properly advised parties of comparable bargaining power, the penalty doctrine should not interfere with freedom of contract and the parties were the best judges of their respective commercial interests.

Below we provide a detailed discussion on these cases and how they may affect your commercial agreements in Australia.

Shifting focus: What Constitutes a Penalty?
In Cavendish v Makdessi, two sophisticated, well resourced and well advised parties of equal bargaining power entered into an agreement governed by English law to sell a controlling stake in the largest advertising and marketing communications group in the Middle East.

It was agreed that if the seller, Mr Makdessi, breached a restraint clause intended to protect the goodwill of the business, he would not be entitled to receive the final two instalments of the purchase price and the buyer, Cavendish, could exercise a call option over Mr Makdessi's remaining shares at a discounted price which excluded a value for goodwill.

Mr Makdessi admitted he breached the restraint but challenged the validity and enforceability of the relevant clauses. He argued they operated as penalties since the sums to be forfeited were likely to be extravagant and unreasonable when compared to the loss recoverable by Cavendish for the breach.

The Court of Appeal of England and Wales agreed with Mr Makdessi finding the relevant clauses to be penalties [4]. Applying a genuine pre estimate of loss test, it considered the remedy for Mr Makdessi's breach to be out of all proportion to the loss attributable to that breach.

On appeal, the UK Supreme Court disagreed and took the opportunity to clarify the fundamental principles regarding what makes a contractual provision a penalty.

It considered the genuine pre-estimate of loss test formulated in Dunlop, as to whether a detriment imposed was lawful liquidated damages or an unlawful penalty, to have been too rigidly applied in subsequent cases.

Recognising that a clause which imposes a detriment for breach of contract may be justified by some other consideration than the desire to recover compensation for a breach, the court found the true test to determine what makes a contractual provision an unlawful penalty is whether the provision imposes a detriment on the breaching party out of all proportion to any legitimate interest of the innocent party.

The court acknowledged that in straight forward damages clauses, the innocent party's legitimate interests will rarely extend beyond compensation for the breach, and as such, the test in Dunlop would suffice. However, in more complex cases, the innocent party's interests may extend beyond compensation and the fact that a remedy for breach is not a genuine pre-estimate of loss does not of itself constitute a penalty.

Although the forfeiture of Mr Makdessi's final instalment payments and the requirement to sell his remaining shares at a reduced value had no direct relationship with the monetary loss caused by his breach, the court found that Cavendish had a legitimate interest in the observance of Mr Makdessi's restraint to protect the goodwill of the business which extended beyond the recovery of that loss.

The court concluded that since the detriment to Mr Makdessi was neither extravagant, exorbitant nor unconscionable, the disputed clauses were not penalties as they had nothing to do with punishment and everything to do with achieving Cavendish's commercial objective in acquiring the business without competition from Mr Makdessi in the future.

The court also recognised the penalty doctrine's interference with freedom of contract. It noted that what parties have agreed should normally be upheld, particularly between properly advised parties of comparable bargaining power. The court found Mr Makdessi and Cavendish were the best judges of the degree to which each of them should recognise the commercial interests of the other, as well as how the precise value of Mr Makdessi's restraint obligations should be reflected in the agreement.

What Does this Mean for Australian Agreements?
In Andrews v ANZ, the High Court of Australia departed from previously established principles in both Australia and England by extending the penalty doctrine to apply in situations not involving a breach of contract.  This case involved the payment of certain bank fees which the court found were used as a form of security to ensure the customer observed a primary stipulation in its agreement with the bank.  In a matter of substance over form, the High Court determined these fees should not be prevented from being characterised as penalties simply because they did not involve a breach of contract on the part of the customer.

Although there are jurisdictional differences between England and Australia with respect to when the penalty doctrine applies, up until Cavendish v Makdessi, they were largely the same with respect to what makes a contractual provision a penalty.

Whether Australian courts will be persuaded by the decision in Cavendish v Makdessi to place a greater emphasis on a legitimate interests test or continue to apply traditional notions of a pre-estimate of loss, may be made clear early next year when the High Court considers Paciocco v ANZ [5] on appeal from the Federal Court in a case which also involves bank fees.

Having previously acknowledged that the principles governing the law of penalties in Australia may be reformulated in the future [6], it will be interesting to see whether the High Court takes this opportunity to follow the UK Supreme Court's lead and reconsider the approach established in Dunlop.

In the meantime, great care should be taken when drafting damages clauses in sale and other commercial agreements, particularly if the primary obligation you want to protect extends beyond compensation for any loss which may be caused by its breach. A clause to incentivise the other side with a significant cost (such as a reduction in the purchase price) to protect a significant commercial interest of yours, may be later penalised as an invalid penalty. 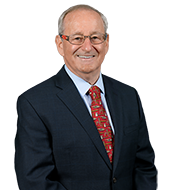