Women's Quota on the Executive Board in Germany

The Second Leadership Positions Act (FüPoG II) aims to further develop the regulations for the equal participation of women in leadership positions. In the private sector, this will introduce a mandatory quota of women on management boards of listed and equally co-determined companies consisting of at least four members, as well as an obligation to provide reasons for setting a target of zero at management board and executive management levels and a corresponding reporting obligation under the commercial balance sheet law.

On 6 January 2021, the German Cabinet approved a draft law to supplement and amend the regulations for the equal participation of women in leadership positions in the private and public sectors (Second Leadership Positions Act - FüPoG II).

The following comments are intended to provide an overview of the main effects of FüPoG II on companies in the private sector and, in particular, to draw conclusions for the practice. The special novelties also regulated by FüPoG II for companies in which the federal government holds a majority stake, public corporations, and the civil service will not be addressed below.

The core novelty of FüPoG II is the introduction of a minimum participation of women (and men) in management boards of German listed stock corporations (Aktiengesellschaften - AG) and SEs (European Stock Corporations – Societas Europaea) that are also subject to equal co-determination. Under Section 76 (4) of the German Stock Corporation Act (AktG), these companies are currently only required to set their own targets for the proportion of women on the management board, although a target of zero is also permissible.

Specifically, the new regulation for German listed stock corporations to which the German Codetermination Act (Mitbestimmungsgesetz), the German Co-Determination Act for the Coal and Steel Industry (Montan-Mitbestimmungsgesetz) or the German Co-Determination Supplementary Act (Mitbestimmungsergänzungsgesetz) applies stipulates that at least one woman and one man must be represented on a management board consisting of more than three persons. The draft law refers to this as the minimum participation requirement (Mindestbeteiligungsgebot). Unlike a quota system, the requirement that one man and one woman be represented on each board is thus independent of the total number of board members.

By linking to the size of the management board, it is intended to ensure that only those companies are covered that, due to the structure of their management body, have the possibility of having at least one man and one woman on the company’s management board. The draft law also refers to studies according to which the board size of four members is a reliable indicator for significant companies that have a special spillover effect on the German economy and represent the German economy internationally through their global activities. For these companies in particular, compliance with sustainability standards, such as the promotion of women, is becoming increasingly important in order to remain attractive for institutional investors in an international comparison. The additional link to parity co-determination is intended to ensure, as with the fixed supervisory board quota, that companies are affected that are subject to a special social obligation and that have a high level of social identification due to the size of their workforce.

The minimum participation requirement applies to appointments after a transitional period of eight months following the entry into force of FüPoG II. Existing mandates may continue to be held until their scheduled end. The minimum participation requirement of women and men therefore applies from the first management board position that becomes vacant after the end of the transition period, i.e., not only for new appointments but also for pending reappointments of management board members.

According to our information, it is currently scheduled that the law will pass the Bundesrat (second round) on 7 May 2021. Promulgation is then expected to be prompt, so that entry into force can still be expected in May 2021 (pursuant to Art. 27 FüPoG II, the law enters into force on the day after promulgation).

For the minimum participation requirement, this means that after an eight-month transition period the requirements will probably have to be taken into account for new appointments to the management board from 1 January 2022.

2. Fixed quota for the supervisory board remains unchanged

For the supervisory board of a listed, co-determined company, a minimum quota of 30 percent women and men has already applied since the FüPoG of 2015 in accordance with Section 96 (2) German Stock Corporation Act (Aktiengesetz - AktG). The extension of this fixed quota to companies that are subject to co-determination but do not have to be listed, which was envisaged in the draft bill, did not find its way into the government bill. This means that the fixed quota will continue to apply only to companies that are subject to co-determination and at the same time listed on the stock exchange. The only new aspect is that the quota is now accompanied by a reporting obligation pursuant to Sec. 289f (2) of the German Commercial Code (draft version) (Entwurf des Handelsgesetzbuches - HGB-E) (see 4).

FüPoG II now clarifies that there is no obligation to set targets for the supervisory board if the fixed minimum quota applies to it pursuant to Section 96 (3) AktG (cf. Section 111 (5) sentence 8 AktG-E). The same applies if the new minimum participation requirement under Sec. 76 (3a) AktG-E applies (cf. Sec. 111 (5) Sentence 8 AktG-E).

a. Justification requirement for the target value of zero

Until now, it has been permissible (subject to the prohibition of deterioration) to set the target at zero. This will continue to be so, but in this case, the supervisory board or the management board will additionally be obliged to justify the decision to set the target at zero in a clear and comprehensible manner and with a detailed explanation of the underlying considerations. The justification is to be included in the corporate governance statement pursuant to Section 289f HGB (see 4).

b. Specification of an absolute number of women

The aim is to make it easier for the public to track the development of women’s participation in management positions and to compare the actual situation with the target figures without having to know the total number of women in management positions. In German industry, however, the criticism is voiced that absolute figures are difficult to forecast against a background of, e.g., reorganizations and company disposals within the group.

4. Extension of the obligation to report

Companies that are required to set targets are already obliged to publish the targets set in a corporate governance statement in the management report (Section 289f HGB).

Furthermore, the corporate governance statement or the statement pursuant to Sec. 289f (4) Sentence 2 HGB-E must now also include the justification for the zero-target figure as required by corporate law.

In the event of a breach of the reporting obligations, a fine against members of the management board or supervisory board may amount to up to €50,000 and, in the case of capital market-oriented companies, even up to €2 million (Sec. 334 (1) No. 3a, (3) HGB-E). A fine may also be imposed on the company itself, which may also amount to up to €50,000 or, in the case of capital market-oriented companies, up to €10 million or 5 percent of the total annual sales generated by the corporation in the financial year preceding the decision by the authorities if this amount exceeds €10 million (Sec. 334 (1) No. 3a, (3a) HGB-E).

6. Conclusions for practice and outlook

As already stated above, FüPoG II is currently expected to enter into force in May 2021. The minimum participation requirement would then have to be taken into account for the first time for management board appointments made after 1 January 2022.

The upcoming requirements should nevertheless be taken into account in a timely manner in strategic human resources planning. As the first management board position to become vacant after 1 January 2022 in the case of a previously all-male/female management board must be filled by a person of the other gender, a corresponding market search should be carried out for this area of responsibility at an early stage. Early reappointment of existing board members this year would, in principle, be a way of buying time and thus ensuring that positions for which it would be more difficult to recruit a female candidate are not up for reappointment until later. However, this would presuppose that there are objective factual reasons for early reappointment of the existing management board member(s) (as also recommended in Section B.4 of the German Corporate Governance Code). Otherwise, there is a risk that the company will be accused of pursuing legally abusive objectives with the tactical reappointment.

The justification and disclosure period in the event of a resolution on the zero-target figure should also be kept in mind. It applies to management and group reports and corporate governance statements relating to a financial year beginning after 31 December 2020. Affected companies should therefore be prepared, if they decide on a zero target for a management body, to have to publicly justify this decision in the coming year. Despite the current political and economic conditions, it can currently be assumed that the timetable for the legislative process will be met. Nevertheless, it remains to be seen whether significant changes will be made to the draft during the further legislative process. Particularly with regard to the relevance of the minimum participation requirement to fundamental rights (interference with the entrepreneurial freedom of shareholders, Article 14 German Basic Law (Grundgesetz - GG), the discussion on a hardship clause held when the FüPoG was first introduced in 2015 could possibly become topical again. *** 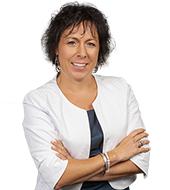 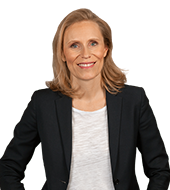