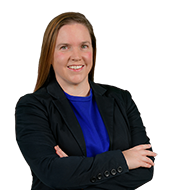 Japan is one of the pioneers of the hydrogen transition with the first basic strategy being published in 2017. South Korea followed closely behind uncovering its roadmap to developing a hydrogen society with a solid focus on transport. China is the largest hydrogen producer in the world and is also focusing on hydrogen to decarbonise transportation with Wuhan being styled as a hydrogen city. Singapore and India are also building interest so there is definitely an electrifying momentum across the continent as the hydrogen potential develops.

World Hydrogen Leaders is hosting an in-depth investigation into the Asian hydrogen market through panel discussions, case studies and presentations.

Listen to industry experts, project developers, technology specialists and government officials to debate what the future could look like for hydrogen in Asia.