You Can't Always Get Back What You Want: Supreme Court Rules Bankrupt Debtor May Not Cut Off Trademark Licensee’s Rights

Last week, the Supreme Court (the “Court”) ruled a debtor in bankruptcy cannot use the Bankruptcy Code to cut off a licensee’s rights under a license to use the debtor’s trademarks. [1] This ruling resolves a Circuit split and brings the treatment of trademark licenses from a bankrupt debtor in line with patent and copyright licenses, which are protected statutorily by Bankruptcy Code section 365(n).

The Court’s ruling leaves open for later litigation the contours of the rights a trademark licensee may retain, the licensee’s ability to protect those rights, and the associated costs. Even if the license survives, the bankrupt debtor licensor can still reject the contract, likely eliminating any duties it had to take action. Trademark licensees, especially exclusive licensees, should consider addressing these questions contractually in the license where possible, negotiating for robust self-help provisions that give them options to take necessary actions, if the licensor breaches the contract. For example, if the bankrupt debtor licensor refuses to enforce a licensed mark or fails to maintain the mark’s registration, can the licensee take action itself to protect the mark? May the licensee setoff its costs of protecting the mark against any continuing royalties it may be required to pay the debtor? If the license provides for exclusivity, does the licensee retain those exclusive rights to the mark?

The case, Tempnology vs. Mission Product Holdings, dealt with the rejection of a trademark license from Tempnology, the Chapter 11 debtor, to Mission. The case raised two legal questions: first, whether the case before the Court was moot, because the trademark license had expired before the case was decided; and second, whether Tempnology’s rejection of its contract with Mission resulted in rescission of Mission’s license to Tempnology’s trademarks. The Court resolved the mootness issue in favor of Mission, stating that the suit would remain live as long as there is any chance of money changing hands between the parties, even if Tempnology had no assets left in its bankruptcy estate from which to satisfy a judgment. Resolution of the issue regarding Mission’s rights to Tempnology’s trademarks turned upon whether a contract rejected in bankruptcy operates as a rescission or a breach of that contract.

Tempnology manufactured clothing and accessory products to help individuals stay cool while exercising and branded those products under the “Coolcore” name. Tempnology and Mission entered into a supply agreement that granted Mission an exclusive license to distribute certain Coolcore products in the United States and a non-exclusive license to use the Coolcore marks in the United States and around the world.

Tempnology filed for chapter 11 and sought to reject its agreements with Mission, including the trademark license, under Bankruptcy Code Section 365. Section 365(a) permits a debtor to assume or reject “executory” contracts, which are typically defined as contracts where material obligations remain on both sides. If a debtor rejects, Section 365 relieves the debtor of its performance obligations, and the counter-party receives a pre-bankruptcy damages claim.

For patent and copyright licenses rejected by a debtor, Bankruptcy Code Section 365(n) provides an express statutory right for the counter-party licensee to elect to retain its rights to use the debtor’s intellectual property. The licensee, in exchange, must generally continue to perform its obligations under the license, such as continuing to pay any applicable royalties.

The Court considered and rejected Tempnology’s position that Congress, by failing to include trademarks within the language of Section 365(n), had intended a different outcome for trademark licenses. The Court also emphasized that it believed its ruling was consistent with the relevant policy considerations at play and with balancing the needs of a reorganizing debtor against those of a contractual counter-party.

The Court concluded Mission could retain its rights to use the licensed marks despite Tempnology’s rejection of the contract and remanded the case for the Bankruptcy Court to determine the scope of Mission’s rights in this regard. 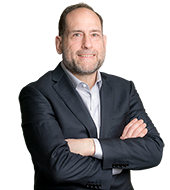