You Can’t Always Get What You Want: Parties Cannot Change Scope of Judicial Review of Arbitration Awards Under Massachusetts Uniform Arbitration Act for Commercial Disputes

In a decision that will affect commercial arbitration agreements across the Commonwealth, the Massachusetts Supreme Judicial Court (“SJC”) recently held in Katz, Nannis & Solomon, P.C. v. Levine [1] that judicial review of arbitration awards under the Massachusetts Uniform Arbitration Act for Commercial Disputes (“MAA”) [2] is limited to the scope statutorily prescribed by the MAA, regardless of the parties’ contractual agreement regarding the arbitration.  Unless “one of the statutory grounds [in the MAA] for vacating, modifying, or correcting the award has been met” an arbitration award will stand. [3]

The MAA provides that a “written agreement to submit any existing controversy to arbitration or a provision in a written contract to submit to arbitration any controversy thereafter arising between the parties shall be valid, enforceable and irrevocable….” [4]  Regarding judicial review, the MAA lists only five narrow reasons pursuant to which a court may vacate an arbitration award [5] and only three narrow reasons to modify or correct the award. [6]  Notably, errors in the arbitrator’s findings of fact and legal conclusions—even if grossly erroneous—are not a basis for altering an arbitration award under the MAA. [7] For some time, arbitrating parties have been left to guess as to how Massachusetts courts would enforce an arbitration agreement that expanded the scope of judicial review.  The Levine court answers that question.

Levine involved a dispute between the stockholders of an accounting firm after Mr. Levine was voted out of the firm by his partners (the “Partners”). [8]  The governing stockholder agreement contained an arbitration clause that read:

In the event of any dispute concerning any aspect of this Agreement, the parties agree to submit the matter to binding arbitration before a single arbitrator appointed by the American Arbitration Association.... The decision of the arbitrator shall be final; provided, however, solely in the event of a material, gross and flagrant error by the arbitrator, such decision shall be subject to review in court.... [9]

As agreed, the parties engaged in arbitration to resolve the dispute arising out of Mr. Levine’s ousting.  Following nine days of hearings, the arbitrator ruled in favor of the Partners and awarded them $1.7 million. [10]  The Partners filed an action in the Massachusetts Superior Court seeking to confirm the arbitration award, obtain payment of the award, and prevent Mr. Levine from transferring or encumbering his assets. [11]

Mr. Levine opposed and moved to vacate or modify the arbitration award, arguing that the “arbitrator fundamentally misinterpreted the [stockholder] agreement” and that, contrary to the MAA, he is “entitled to have a court consider the merits of his claim because in the arbitration clause of the agreement, the parties specifically provided for judicial review of an award to determine whether there was a ‘material, gross and flagrant error’ by the arbitrator.” [12]  The Superior Court rejected Mr. Levine’s arguments, upheld the arbitration award, and the SJC accepted Mr. Levine’s petition for direct appellate review. [13]

The SJC upheld the Superior Court, stating “[a]lthough arbitration is a matter of contract, we disagree that parties, through contract, may modify the scope of judicial review that is set out in §§ 12 and 13 of the MAA.” [14]  The SJC reached this result for four reasons.  First, the MAA is “substantively (and often linguistically) identical” to the Federal Arbitration Act (“FAA”), and the SJC chose to follow the U.S. Supreme Court’s recent decision in Hall St. Assocs., LLC v. Matell, Inc., which held that, under the FAA, “the statutory grounds are the exclusive grounds for judicial review and parties are unable to contract otherwise.” [15]  Second, the MAA’s language addressing judicial review provides the statutory bases for judicial review and does not specify that parties may contract around those provisions; conversely, other sections of the MAA provided that the parties’ contractual provisions govern in the first instance and the provisions of the MAA apply only if a contractually defined method is not provided. [16]  Third, the weight of Massachusetts decisions was in accord with its holding. [17]  Finally, “strong policy considerations” favored the SJC’s holding, because “limited judicial review preserves arbitration as an expeditious and reliable alternative to litigation for commercial disputes.” [18]

Importantly, the Levine decision confirms that Massachusetts follows the reasoning and holding of the U.S. Supreme Court in Hall St. Assocs., LLC, [19] which held that the “statutory grounds [in the FAA] are the exclusive grounds for judicial review.” [20]  Notably, the Supreme Court also held that the states may interpret their own arbitration acts or common law differently. [21]  Indeed, certain states have interpreted their arbitration statutes to allow parties to modify the scope of judicial review by contract. [22]  In Levine, however, the SJC chose to apply the reasoning of Hall St. Assocs., LLC to the MAA and thereby “join with the courts that have declined to construe their State arbitration statutes to permit contractual expansion or redefinition of the scope of judicial review by the parties.” [23]

The Levine decision makes clear that an arbitration award subject to the MAA will be narrowly reviewed in accordance the MAA, regardless of whether the underlying arbitration agreement allows for broader judicial review.  Accordingly, Massachusetts commercial entities should take note when negotiating arbitration clauses that the arbitrator will likely have the last word.

[5] The MAA provides:
Upon application of a party, the court shall vacate an award if:  (1) the award was procured by corruption, fraud or other undue means; (2) there was evident partiality by an arbitrator appointed as a neutral, or corruption in any of the arbitrators, or misconduct prejudicing the rights of any party; (3) the arbitrators exceeded their powers; (4) the arbitrators refused to postpone the hearing upon sufficient cause being shown therefor or refused to hear evidence material to the controversy or otherwise so conducted the hearing, contrary to the provisions of section five, as to prejudice substantially the rights of a party; or (5) there was no arbitration agreement and the issue was not adversely determined in proceedings under section two and the party did not participate in the arbitration hearing without raising the objection; but the fact that the relief was such that it could not or would not be granted by a court of law or equity is not ground for vacating or refusing to confirm the award.
Mass. Gen. Laws ch. 251, § 12(a).

[6] The MAA provides:
Upon application made within thirty days after delivery of a copy of the award to the applicant, the court shall modify or correct the award if: (1) there was an evident miscalculation of figures or an evident mistake in the description of any person, thing or property referred to in the award; (2) the arbitrators have awarded upon a matter not submitted to them and the award may be corrected without affecting the merits of the decision upon the issues submitted; or (3) the award is imperfect in a matter of form, not affecting the merits of the controversy.
Mass. Gen. Laws ch. 251, § 13(a).

[18] Id. at *6.  The SJC further noted that policy considerations favored its decision, because to hold otherwise would “undermine the predictability, certainty, and effectiveness of [arbitration]” and “would spawn potentially complex and lengthy case-within-a-case litigation.”  Id. 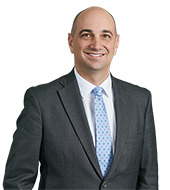