Higher Penalties, Construction, Health and Energy: the ACCC Sets its Enforcement Priorities for 2017

In his first public address for 2017, ACCC Chairman Rod Sims addressed the Committee for Economic Development of Australia (CEDA) announcing the Australian Competition and Consumer Commission (ACCC)'s Enforcement and Compliance Policy for 2017.

The ACCC has identified the following areas as enforcement priorities in 2017:

Consistent with recent practice, Mr Sims stated that the ACCC will "gravitate towards larger businesses" when investigating conduct and commencing legal proceedings.

ACCC will continue to push for higher penalties

As anticipated, penalties will continue to be a key focus for the ACCC heading into 2017. Mr Sims emphasised the importance of securing penalties with a sufficient deterrent effect, stating:

"one issue that continually emerges is whether the penalties against large businesses are enough of a deterrent and more than just the cost of doing business."

Clearly encouraged by its recent success in the courts relating to penalties, the ACCC will continue to seek higher penalties this year, particularly against large companies. Mr Sims acknowledged that this approach may lead to fewer agreed settlements, at least initially.

The approach is consistent with the ACCC's public push for higher legislative penalties for breaches of the Australian Consumer Law (ACL). In particular, the ACCC's position is that fines under the ACL should be equal to those available in relation to breaches of the competition provisions of the Competition and Consumer Act 2010.

Cartel conduct will once again be a priority of the ACCC in 2017 and we can except to see more criminal prosecutions, including against individuals. Mr Sims stated that the ACCC continues to see too much cartel activity and that he fears "only jail sentences for individuals in prominent companies will send the appropriate deterrence messages."

Following the ACCC bringing the first ever criminal cartel cases under the cartel laws in 2016, it is of little surprise that criminal cartels continues as one the ACCC's top priorities.

Interestingly, Mr Sims conceded that the ACCC's focus on criminal cartels in recent years has led to the ACCC being less involved in investigating other anti-competitive conduct resulting in a substantial lessening of competition (SLC). This will now change with Mr Sims stating that:

"We will now be devoting more resources to SLC cases, and we have undertaken considerable work in assessing past judicial decisions in SLC cases and training our staff."

A particular area of focus in this regard will be price parity deals, with Mr Sims referring to the recent High Court decision against Flight Centre which held that agents can be in competition with their principals. Mr Sims noted that price parity deals are often associated with online markets. We therefore advise businesses using online sales platforms to review their commercial arrangements where price parity clauses are involved.

Mr Sims also used his speech to put the energy, health, commercial construction and agriculture sectors on notice that anti-competitive conduct investigations in these industries are well advanced.

Following the establishment of the Agriculture Unit in October 2015 and with ongoing inquiries into the dairy, beef and cattle and horticulture industries, it is clear that the ACCC is particularly concerned with the state of competition in the agriculture sector. The ACCC has similarly set up a team to focus on anti-competitive conduct in the construction industry as part of its heightened focus on that sector.

Mr Sims reiterated that terms which are commonly considered unfair include those that grant a large contracting party broad and unreasonable powers to protect their interests, unilaterally vary terms or cancel agreements.

He warned that the ACCC is moving from an education phase to an enforcement phase in relation to these new laws. The focus on unfair contract terms is in line with the ACCC's general priority of targeting large companies in order to try and set benchmarks for industry behaviour.

This year, the ACCC will be particularly focused on consumer guarantees as they apply to more complex products and, particularly, their application to services. Mr Sims also called out a number of industries about which the ACCC has concerns, including the airline industry, new motor vehicle industry and telecommunications companies.

Mr Sims indicated that in the coming year, the ACCC will examine how airline terms and conditions in regards to limitations on refunds for inflexible fares, delays and airline initiated cancellations interact with the consumer guarantees remedies.

In relation to telecommunications, Mr Sims indicated that inadequate broadband speeds and service drop outs and delays are issues that require further examination in 2017.

Mr Sims also indicated that the new car retailing industry will continue as an enforcement priority in 2017 as the ACCC works towards the timetable of releasing a draft report in mid-2017 for the in-depth market study that was initiated in June 2016.

Consumer issues in the private health insurance industry will continue to be a top priority for the ACCC in 2017.

The ACCC remains concerned that insurers are not adequately notifying consumers of cuts to their insurance coverage and benefits. Mr Sims noted that "unexpected out of pocket expenses and limits on…access to medical treatment can cause great harm and detriment."

With the Competition and Consumer Amendment (Country of Origin) Bill 2016 recently being given the tick of approval by Parliament, the ACCC has indicated that country of origin labelling will also be a top priority.

The new legislation raises the standards of what is considered to be 'substantial transformation' in a particular country and removes the '50% production test' which was considered to be difficult to measure and administer.

Since businesses have until July 2018 to implement the new labelling arrangements, Mr Sims indicated that over the next 16 months, the ACCC will be involved in education activities to support businesses during the transition period for the new country of origin labelling laws.

A ban on businesses charging excessive payment surcharges came into effect in 2016 for large merchants and will extend to all other merchants on 1 September 2017.

Whilst Mr Sims acknowledged that the ACCC's involvement is still in its early stages and will largely focus on education and awareness activities, he also foreshadowed that "we will also act on possible breaches particularly for larger businesses who have had time and the resources to make the necessary adjustments."

Whist Mr Sims addressed consumer law priorities at great lengths, his noteworthy silence on unconscionable conduct suggests that the ACCC is eager to move on from recent unsuccessful proceedings. 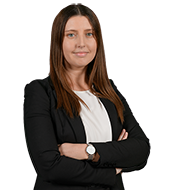