In a recent decision, In Re Clovis Oncology, Inc. Derivative Litigation,[1] the Delaware Court of Chancery held that stockholders of Clovis Oncology, Inc. (“Clovis”), a developmental biopharmaceutical company, adequately pled facts that supported a pleading stage inference that the Clovis board of directors breached its fiduciary duties by failing to oversee the clinical trial of the company’s most promising drug and then allowing the company to mislead the market regarding the drug’s efficacy. This decision follows the Delaware Supreme Court’s recent reversal in Marchand v. Barnhill,[2] of the dismissal of Caremark claims arising from a listeria outbreak at Blue Bell Creameries USA, Inc., which resulted in a number of deaths.

Clovis is a biopharmaceutical company which has no products on the market and generates no sales or revenue. In early 2014, the Clovis board was determined to get U.S. Food and Drug Administration (“FDA”) approval for the company’s then most-promising, cancer-fighting drug, Roci, before AstraZeneca’s competing drug for lung cancer received FDA approval. After clinical trials began in 2014, the Clovis board received data suggesting that management was inaccurately reporting Roci’s efficacy by including unconfirmed responses to corroborate Roci’s cancer-fighting potency. Although the Clovis board allegedly knew that, under the protocols for its clinical trial, the FDA could only base approval of Roci’s new drug application on confirmed responses, the Clovis board did nothing to address the fundamental departure from protocol. Clovis continued to publicly report inflated numbers in 2014 and early 2015 and used the inflated numbers to obtain additional funding from investors during that time frame. By November 2015, the FDA informed Clovis that it could only report confirmed responses, and Clovis issued a press release informing the public of Roci’s actual efficacy, which lead to a 70 percent drop in the company’s stock price. In April 2016, the FDA voted to delay action on Roci until Clovis could provide concrete evidence that Roci produced meaningful tumor shrinkage in patients treated with the drug, which led to another 17 percent drop in the company’s stock price, and Clovis withdrew its new drug application for Roci.

In this action, plaintiffs alleged that the Clovis directors breached their fiduciary duties under Caremark by either failing to institute an oversight system for the Roci clinical trial or consciously disregarding a series of red flags that the clinical trial was failing. The defendant directors moved to dismiss plaintiffs’ claims for failure to (1) make a pre-suit demand under Court of Chancery Rule 23.1, and (2) state a claim upon which relief could be granted. The Court disagreed and found that: (1) pre-suit demand was excused because plaintiffs pled particularized facts to support a reasonable inference that the Clovis directors faced a substantial likelihood of liability under a Caremark theory of liability that excused plaintiffs’ failure to make a pre-suit demand, and (2) plaintiffs stated a Caremark claim by making well-plead allegations that the Clovis board acted in bad faith by consciously disregarding red flags that arose during the course of Roci’s clinical trial that placed FDA approval of the drug in jeopardy. According to plaintiffs, the Clovis board then allowed the company to deceive regulators and the market regarding the drug’s efficacy.

As noted by the Court, successful Caremark claims require well-pled allegations of bad faith to survive dismissal—i.e., allegations that the directors knew that they were not discharging their fiduciary obligations. Plaintiffs may meet that burden by showing either that the board completely failed to implement any reporting or information system or controls, or that the company implemented an oversight system but the board failed to monitor it as evidenced by red flags which were known, but ignored by, the board. Here, the Court found that plaintiffs successfully pled that the Clovis board ignored red flags that revealed a mission critical failure to comply with drug protocols and associated FDA regulations. The court noted that a board’s oversight obligations are enhanced with respect to mission critical products while operating in a heavily regulated industry.

As then Chancellor Allen stated of a Caremark theory of liability: “The theory here advanced is possibly the most difficult theory in corporation law upon which a plaintiff might hope to win a judgment”.[3] In order to meet this enhanced pleading burden, the plaintiffs in Clovis and Marchand brought books and records actions under Section 220 of the General Corporation Law of the State of Delaware prior to bringing their Caremark complaints. The books and records actions enabled the plaintiffs to gather crucial facts that highlighted potential gaps in compliance systems and board-level ignorance of red flags. Some practical lessons can be drawn from both cases.

In Clovis, the Court of Chancery emphasized the importance of a board’s oversight function when a company is operating in the midst of a “mission-critical” regulatory compliance risk, suggesting that a board’s oversight of such impactful business risks may be subject to greater scrutiny than the same board’s oversight of less-critical business risks. In Marchand, the Delaware Supreme Court’s decision emphasized the importance for corporations operating in heavily regulated industries to implement a system that ensures that mission-critical risks and compliance issues are brought to the attention of the board whether through a board-level compliance committee or a direct reporting line between the corporation’s top compliance officer and the board. Both cases underscore the importance of board engagement in regular discussion of critical business risks and compliance issues and the evaluation of the effectiveness of existing monitoring and compliance systems.

Prior decisions of the Delaware courts relating to Delaware corporations with vast global operations have emphasized the importance for such an enterprise to: (1) establish compliance standards and procedures that are designed to prevent violations of the law at all levels of the organization, (2) require participation in training programs, and (3) establish whistleblower systems that enable employees to report potential wrongdoing anonymously and without fear of retaliation. 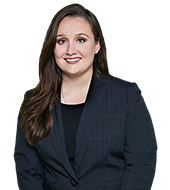