Change is Coming to Australian Parallel Importation law – What do you Need to Know?

Trade mark holders may need to reassess their commercial and international marketing strategies as the proposed amendments to the parallel importation provisions of the Trade Marks Act 1995 (Cth) (Act) take a step closer to enactment by the Australian Parliament.

The proposed amendments to the Act, contained in the draft Intellectual Property Laws Amendment (Productivity Commission response Part 1 and other measures) Bill (Draft Bill) will favour parallel importers in Australia.

What is Parallel Importation?
"Parallel importation" refers to the situation where genuine goods, marked with a registered trade mark with the authorisation of the rights holder outside Australia, are purchased by a third party – the "parallel importer" – who imports and sells them in Australia.

The price and quality of goods can vary across different countries, depending on the marketing strategy of the trade mark owner. Parallel importers seek to profit from this variance by selling the parallel imports at a cheaper price than the locally available equivalent and this can often impact the local distributer.

For instance, a company Green Lawns sells a lawn mower cheaper in the United States of America than in Australia where its sales are made by an authorised distributor. Green Lawns makes changes to its products to meet local standards and consumer expectations in different countries. So while Green Lawns' lawn mower is cheaper in the U.S., it has different electrical requirements than the lawn mower it makes available for purchase in Australia. Both lawn mowers bear Green Lawns' trade mark, which consumers rely on in making the purchase. When a parallel importer sells the U.S. lawn mower in Australia at a cheaper price than the Australian lawn mower without the authority of Green Lawns, the consumer may initially be drawn to the cheaper product – but when it doesn't meet the consumer's expectations, Green Lawns (or its Australian distributor) is blamed for the discrepancy and its goodwill diminishes as a result.

What are the Policy Considerations on Parallel Imports?
Parallel importation pits the policy interests of promoting competition and protecting intellectual property rights against each other.

The parallel importer competes with the registered trade mark owner and its authorised distributors to sell the products in Australia. This disrupts the trade mark owner's international marketing plans and prejudices their distribution agreements with local licensees.

On the other hand, competition is seen as a benefit for consumers as it drives prices down and increases their access to goods available in other jurisdictions – although as shown in the Green Lawns example above, consumers may be disappointed with the product intended for another jurisdiction.

What is the law on Parallel Importation?
Section 123 of the Act provides that a person does not infringe a registered trade mark by using it in relation to registered goods where that mark has been applied to goods with the registered owner's consent.

This means that a parallel importer can rely on section 123 as a defence to infringement where the registered trade mark was applied to the goods by the trade mark owner at the time of manufacture.

In its inquiry into Australia's IP arrangements in 2015-16, the Productivity Commission considered the current restriction on parallel imports weighs in favour of rights holders at the expense of consumers.

What are the Proposed Changes to the law on Parallel Importation?
The proposed changes are intended to facilitate parallel importation to the benefit of consumers by limiting the strategic use of such restrictions by trade mark owners.

Those circumstances are where:

The parallel importer may assume the trade mark has been applied by or with the consent of:

Parallel importers will also be protected where the owner of the trade mark changes between the application of the mark to the goods and the use on the goods in Australia, as they may make the assumption at the time of their use of the trade mark.

The changes apply the principle of "international exhaustion" to the effect that the trade mark owner's rights are exhausted once they market their goods in their home jurisdiction.

If this change was in place, cases such as Sporte Leisure Pty Ltd & Ors v Paul's International Pty Ltd & Ors [2010] FCA 1162 and Lonsdale Australia Limited v Paul’s Retail Pty Ltd [2012] FCA 584 would have been decided in favour of Paul's Warehouse. The other authorities in this area will also be effectively overruled.

Existing arrangements made that resulted in Australian companies owning trade marks on behalf of international companies could also be unwound. The sole reason for such arrangements would no longer apply.

Comment
The proposed changes give effect to the Australian government's policy position that parallel imports benefit competition. In our view, the proposed changes are lacking in that they do not address the problem that consumers, relying on the trade mark, will purchase goods that will not meet their expectations. This is to the detriment of both consumers and the registered trade mark owner. This could be managed if a "material difference" standard was imported into the proposed changes, to the effect that parallel importers could not rely on the proposed section 122A defence where there is a material difference between the imported goods and the goods put on the market in Australia. This is the approach adopted by courts in the US, which we consider strikes a better balance between the competing policy interests.

What Happens Next?
Public consultation on the Draft Bill closed on 4 December 2017. IP Australia, the agency tasked with developing the legislation for Parliament, is due to review the issues raised through consultation after 16 March 2018, and the Draft Bill is intended for introduction to Parliament as soon as possible. 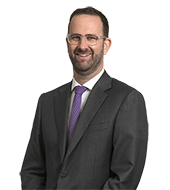 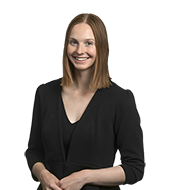