Closed-End Fund and BDC Offering, Filing and Disclosure Changes: Some Benefits, Some Burdens

On April 8, 2020, the Securities and Exchange Commission (the “SEC”) adopted final rule and form amendments (the “Final Rules”) that modify the registration, offering, and communications processes currently used by registered closed-end management investment companies, including all types of continuously-offered closed-end funds (“Registered CEFs”), and business development companies (“BDCs,” and, together with Registered CEFs, the “Affected Funds”) under the Securities Act of 1933, as amended (the “Securities Act”).1 The Final Rules allow Affected Funds to rely on more lenient securities offering rules already available to traditional public operating companies.2

Most of the amendments will become effective on August 1, 2020, with certain exceptions and additional transition periods, as discussed further below.4

The Final Rules adopt a significant number of amendments to rules under the Securities Act, the Securities Exchange Act of 1934, as amended (the “Exchange Act”), and the Investment Company Act of 1940, as amended (the “1940 Act”), as well as a number of related forms. Prominent changes that were introduced in the Proposed Rules and ultimately adopted in the Final Rules include the following:

“Seasoned Funds”5 have a faster and more efficient shelf registration process through the use of a new short-form registration statement. Seasoned Funds also may—and in some instances must—forward or backward incorporate by reference information from their Exchange Act reports.

Eligible Affected Funds can generally qualify as WKSIs6 (like operating companies) if they have at least $700 million in “public float”, and will benefit from a more flexible registration process, which includes the ability to (i) file automatically effective registration statements and amendments; and (ii) communicate at any time, including through means of a “free writing prospectus,” without violating certain “gun-jumping” provisions of the Securities Act. Despite receiving several comments on this point, the SEC refused to extend the definition of WKSI to account for any measure other than “public float” (e.g., aggregate net asset value).

Prospectus Delivery and Communications Reforms for All Affected Funds.

Interval funds and certain continuously offered exchange-traded products (“ETPs”) can register an indefinite number of shares and pay registration fees based on net issuance of shares by filing on Form 24F-2, similar to the method that open-end funds use.

Seasoned Funds that register using the short-form “shelf” registration statement must disclose material unresolved staff comments and include certain key information in their annual reports, including the fee table, share price data, and senior securities table. Registered CEFs must include MDFP in their annual reports, similar to requirements that currently apply to mutual funds, exchange-traded funds, and BDCs. These requirements reflect the increased prominence of shareholder reports under the Final Rules.

Incorporation by Reference Changes for All Affected Funds.

The SEC first proposed amendments to modify registration, offering, and communications rules for Affected Funds on March 20, 2019. The key differences between the Proposed Rules and the Final Rules include the following:

The Proposed Rules would have permitted an Affected Fund to incorporate information by reference in an Exchange Act report only if the information was accompanied by a statement identifying that the information was included for such purpose. The Final Rules did not adopt this requirement and permit the inclusion of such information without any accompanying statement.

The Final Rules expand the scope of Rule 486 to permit any Affected Fund that conducts a continuous offering under Rule 415(a)(1)(ix) (e.g., a continuously-offered tender offer fund) to file post-effective amendments and certain registration statements that are either immediately effective or automatically effective 60 days after filing. In addition, the scope of registration statements covered by Rule 486 is expanded by the Final Rules to include registration statements filed for purposes of compliance with Rule 415(a)(5) and (a)(6). Finally, the Final Rules amend Rule 424, making it the exclusive rule for Affected Funds to file a prospectus supplement (other than an advertisement deemed to be a prospectus under Rule 482), and preventing any confusion with Rule 497.

The Final Rules expand the applicability of the registration fee payment method for interval funds discussed in the Proposed Rules to certain ETPs that are not registered under the 1940 Act.

Rule 8b-16(b) currently allows Registered CEFs to forgo an annual update provided that they disclose in their annual reports certain key changes that have occurred during the prior year. The Final Rules adopted, as proposed, a new requirement that any changes be described in enough detail to allow investors to understand each change and how it may affect the fund. The Final Rules also impose a new requirement that any Affected Fund that relies on Rule 8b-16(b) must describe the fund’s current investment objectives, investment policies, and principal risks in its annual report, even if there were no changes in the preceding year.

The SEC did not adopt the proposed Form 8-K reporting requirements for Registered CEFs or the proposed amendments to Form 8-K (requiring information regarding material changes to investment objectives and material write-downs of significant investments) for any Affected Funds. Although Registered CEFs generally will not be required to file reports on Form 8-K, a Registered CEF that is eligible to file a short-form registration statement may voluntarily file information on Form 8-K to forward incorporate that information into its registration statement or for other purposes (e.g., to publicly disseminate information under exchange rules, as applicable).

The Final Rules will become effective on August 1, 2020, except that the amendments related to registration fee payments by interval funds and certain ETPs will be effective August 1, 2021.7 In addition, the SEC adopted compliance dates for the following requirements under the Final Rules in order to provide an adequate transition period:

If you have any questions regarding these matters, please contact any of the authors listed above or one of the K&L Gates lawyers with whom you work.

2 The Final Rules are the SEC’s response to recent direction from Congress regarding securities offering reform. The Economic Growth, Regulatory Relief, and Consumer Protection Act, signed into law in May 2018, directed the SEC to adopt rules that would allow any closed-end fund listed on a national securities exchange or that makes periodic repurchase offers under Rule 23c-3 under the 1940 Act, to utilize the securities offering rules available to operating companies. The Small Business Credit Availability Act (the “BDC Act”), signed into law in March 2018, directed the SEC to adopt rules affording the same flexibility to listed and unlisted BDCs.

5 Seasoned Funds are Affected Funds that are current and timely in their reporting and therefore are generally eligible to file a short-form registration statement if they have at least $75 million in “public float.”

6 A WKSI, or “well-known seasoned issuer,” is a Seasoned Fund that generally has at least $700 million in “public float.” 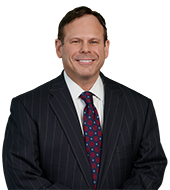 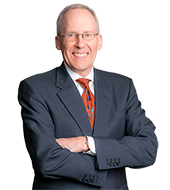 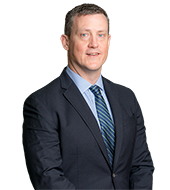 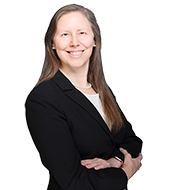 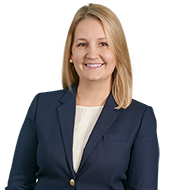