While legislative initiatives are being proposed to shield businesses from various pandemic-related liabilities, the extent to which such measures, if ultimately passed, will protect employers from workplace and employment-related claims is uncertain.1

There have already been, for example, several well-publicized claims filed against employers based on alleged failures to put in place adequate pandemic-related workplace protections. Given this uncertain landscape, employers should not overlook their Employment Practices Liability (EPL) policies as important potential sources of protection against certain pandemic-related workplace and employment practices claims. While many EPL policies may not respond to claims for injury or disease arising from workplace contraction of COVID-19, they may provide valuable coverage, including a defense, for a variety of other pandemic-related workplace and employment claims, such as alleged invasion of privacy, failure or refusal to create or enforce workplace or employment policies, retaliation, wrongful discipline or demotion, negligent supervision or training, and alleged discrimination in connection with employee recall decisions, accommodation requests, testing, use of personal protective equipment, distancing, facility disinfection, shift and break staggering, and various other matters, discussed below.

While there is no industry-standard EPL policy form, the most common EPL policies tend to have similar core grants of coverage. EPL policies are generally written on a claims-made basis, and coverage is triggered by the policyholder’s receipt of a “claim” alleging a “wrongful employment practice” (or similar terminology).

A “wrongful employment practice” is often defined broadly to include (in addition to discrimination, harassment, and retaliation) concepts such as invasion of privacy, failure or refusal to create or enforce adequate workplace or employment policies, wrongful discipline or demotion, and negligent supervision or training. Many of these broad terms are undefined in the policy, making them susceptible to ambiguity and, because they are part of the basic coverage grant, to being construed broadly in favor of the employer-policyholder.

Key Exclusions and Their Limitations

EPL policies typically exclude coverage for bodily injury, sickness, disease, or death. Thus, claims involving workplace contraction of COVID-19 may be excluded. Importantly, however, some of the bodily injury exclusions found in EPL policies do not extend to, or expressly carve out, emotional distress and mental anguish. Accordingly, claims alleging emotional distress or mental anguish caused by pandemic response-related workplace conditions may be covered.

Many EPL policies do not contain any form of virus or communicable disease exclusion, even though such exclusions are found in other lines of coverage. However, some EPL policies contain various forms of “pollution” exclusions. The wording of these exclusion can vary considerably. Whether a pollution exclusion can successfully be invoked by insurers in response to pandemic-related workplace and employment claims may depend upon various issues arising from the specific wording of the exclusion and applicable law, including: (i) whether the policy’s definition of “pollutant” includes biological organisms, such bacteria or viruses; (ii) whether the virus might otherwise be considered an “irritant or contaminant” under applicable law construing exclusions; and (iii) whether the particular underlying claim bears a sufficient causal connection, under the specific language of the exclusion (e.g., whether it “arises from” or is “related to” or “in any way involves”), to a “release or escape” of, or a requirement to test or monitor for, the pandemic.6

As discussed above, EPL policies are typically written on a claims-made basis. A “claim” is typically defined to include a written demand, in addition to the commencement of a civil, judicial, administrative, or regulatory proceeding. Thus, receipt of a demand letter or other writing alleging a covered claim may be sufficient to trigger a notice obligation under the policy. A failure to give notice within the period required under a claim-made policy can defeat coverage, without regard to whether the insurer is prejudiced.

Notice of circumstances provisions are also important to consider in situations where an insurer seeks to impose a new exclusion at renewal. As discussed above, currently, many EPL policies do not contain virus or communicable disease exclusions, even though various forms of such exclusions are found in other lines of coverage, and many pollution exclusions may not cover pandemic-related claims. Given the current circumstances, insurers may seek to add or broaden exclusions within EPL policies at upcoming renewals. Policyholders facing the imposition of or broadening of exclusions at renewal should consider using a notice of circumstance where appropriate to lock-in coverage under their expiring policy.

In the wake of uncertain future liability for pandemic-related workplace and employment claims, employers should be aware that their EPL policies are a potential source of protection against such claims. Employers should be familiar with their policies, promptly notify insurers in the event a potentially covered claim or circumstance arises, be attentive to such policies in their renewal negotiations, and be prepared to seek counsel in the event of a coverage dispute or other questions.

4 Courts routinely hold that claims where an employee alleges retaliation or wrongful discharge for reporting inadequate procedures or regulatory non-compliance are covered under EPL policies. See, e.g., First Bancshares, Inc. v. St. Paul Mercury Ins. Co., No. 10-3370-CV-S-RED, 2011 WL 4352551, at *3–5 (W.D. Mo. 16 September 2011) (holding that claim alleging that the underlying plaintiff’s influence was diminished in retaliation for reporting unethical behavior to the employer’s board was covered claim under EPL policy).

5 The coverage afforded for discrimination in EPL policies can vary significantly. Some policies require discrimination against a protected class, as that term is defined in state and federal civil rights statutes. See, e.g., Douglas Autotech Corp. v. Twin City Fire Ins. Co., No. 1:06-cv-448, 2007 WL 2406930, at *1, *3 (W.D. Mich. 20 August 2007) (holding that the underlying plaintiff’s age discrimination claim was covered under EPL policy); SNL Fin., LLC v. Philadelphia Indem. Ins. Co., No. 3:09-cv-00010, 2009 WL 3150870, at *3–5 (W.D. Va. 30 September 2009) (holding that claim alleging disability discrimination was covered under EPL policy). Other EPL policies, however, require only that the alleged discrimination be against a member of an allegedly legally protected class, without purporting to limit the legal authority defining the class. 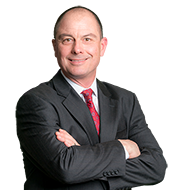 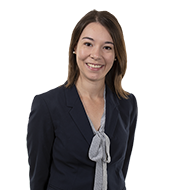