COVID-19: PPP Loan Borrowers - Your Information May Now Be Public

On 19 June 2020, in a major reversal of the U.S. Department of the Treasury’s (Treasury) previous position, the U.S. Small Business Administration (SBA) and Treasury announced that they will publicize additional data regarding the Paycheck Protection Program (PPP), including the identity of PPP recipients and the dollar amount range of the loan received.1 K&L Gates previously reported that multiple investigations into recipients of Coronavirus Aid, Relief, and Economic Securities Act (CARES Act) funds are currently underway, including by the House Select Subcommittee on the Coronavirus Crisis (the Select Subcommittee) and the Department of Health and Human Services Office of Inspector General (HHS-OIG).2 This new transparency initiative by SBA and Treasury increases significantly the risk that PPP loan recipients may become targets of congressional, executive, media, and whistleblower investigations into potentially fraudulent receipt and use of PPP funds. Now, more than ever, it is essential for fund recipients to ensure they are thoroughly familiar with regulations surrounding receipt and appropriate use of these funds, that they carefully document decision making in accepting funds, and that use of the funds is carefully and accurately tracked.

What Will Be Disclosed

SBA announced that it will disclose the following information for each PPP recipient:

Though the SBA will not disclose the specific amounts of each loan, it will indicate one of five loan amount ranges into which the award fell:

In the face of Freedom of Information Act requests for such information, however, specific loan amounts likely will not remain confidential for long.

The ready availability of this information will allow persons and public and private entities to sift through borrower names and loan amounts without the need to initiate formal proceedings or exercise subpoena power. PPP borrowers may be subject to increased liability in courts of law and the court of public opinion: journalists and other watchdogs will certainly dig through the information to find borrowers they deem “unworthy” of the funds. The public outcry following such revelations may lead to congressional investigations, including by the Select Subcommittee, increased oversight by the SBA and other Offices of Inspectors General (OIGs), criminal or civil investigations into alleged fraud or violations of the federal False Claims Act (FCA) by the Department of Justice (DOJ), and an explosion in whistleblower cases.

The FCA allows the government and individual whistleblowers, also called “relators,” to bring claims against persons or entities who “knowingly” submit a false claim to the government for payment.5 Potential exposure under the FCA includes treble damages, steep monetary penalties for each false claim, and award of attorneys’ fees. Given that PPP loan applications, forgiveness calculations, and related payments are submitted to and paid by the SBA, entities that seek PPP funds may be subject to FCA liability.

As previously reported, K&L Gates expects the government to take a “pay, then chase” approach to these funds; the SBA’s approval of and disbursement of these loans does not preclude the government from later pursuing a recovery of funds that it maintains were fraudulently claimed.6 For example, on 15 May 2020, DOJ reportedly issued grand jury subpoenas to several of the largest PPP lenders as part of a comprehensive investigation into potential fraud and abuse related to the PPP, including by borrowers.7 Publicly released borrower information may assist DOJ in identifying and targeting specific borrowers for further DOJ investigation.

The public release of borrower information may also assist aggressive relator’s counsel in identifying potential targets for “qui tam” suits. Record unemployment may compound this risk. “Qui tam” FCA suits are frequently brought by former employees, who may be more incentivized to bring suit against a former employer after learning the amount of assistance the employer received under the PPP. Relator’s counsel, armed with PPP recipient names and general loan amounts, may also seek out recently laid-off employees until they find a willing relator. Even if ultimately unsuccessful, “qui tam” FCA suits can be costly and time-intensive to defend.

Health care providers will face additional scrutiny because they received a significant portion of PPP funds, are likely to have received Medicare Accelerated and Advanced Payments,8 and may have accepted CARES Act Provider Relief Funds.9 Providers that accepted federal funds from two or all three of these sources have a significantly elevated risk of investigation and prosecution for perceived or alleged misuse of funds. Health care providers are already aware of the ever-present danger of “qui tam” lawsuits filed by current or former employees relating to Medicare or Medicaid funds. With health care employment down by 1.1 million since March 2020, the chances of a former employee filing a “qui tam” suit against a former healthcare employer is even higher.10 Providers should memorialize their rationale and basis for requesting any of the funds and carefully document their appropriate use of each type of funds to be prepared to withstand scrutiny.11 Additionally, providers face the risk of investigation or FCA liability based on dramatic changes in reimbursement during the public health emergency and additional payments for treating patients with COVID-19.

The newly released identifying information may draw attention to private entities who might then be caught up in an investigation. As K&L Gates previously noted,15 the partisan divide between congressional Democrats seeking oversight over the Republican administration could have consequences for businesses and individuals who come under scrutiny related to receipt or use of CARES Act funds. These types of oversight investigations send a mixed message to witnesses and targets. Businesses that seek to provide factual information could risk getting caught in a tug-of-war between majority and minority members. Moreover, the Select Subcommittee Chair’s extensive powers—including the authority to issue subpoenas for both documents and testimony, to compel witnesses to furnish information via interrogatories, and to order depositions—will enable robust oversight of participants in pandemic-related funding programs for years to come. Public release of the identities of PPP recipients by SBA and Treasury will provide an even more defined starting point for the Select Committee’s investigations.

Public pressure following release of PPP borrower information may force SBA-OIG to increase its oversight of the PPP program, including an increase of referrals to law enforcement due to alleged fraud or abuse. SBA announced that it intends to review all loans in excess of $2 million following the lender’s submission of the borrower’s loan forgiveness application.16 SBA also asserted that it may review any PPP loan, at any time, at its discretion.17 While SBA has agreed not to refer a borrower who repays its loan to law enforcement if SBA determines in the course of its review that a borrower lacked an adequate basis for the necessity certification,18 SBA may pursue monetary penalties and refer the matter to DOJ for criminal prosecution or civil FCA enforcement for errors or misrepresentations unrelated to the necessity certification.19

Armed with information specific to borrowers and industries, OIGs of other executive agencies may also launch industry-wide investigations into the use of PPP funds. For example, on 26 May 2020, the acting head of HHS-OIG announced at a Select Subcommittee hearing the agency’s Coronavirus Strategic Plan20 for investigating recipients of CARES Act Funds. Other agencies may soon follow suit.

With the upcoming release of identifying information, a PPP borrower should assume that interest in the details of its loan will not be limited to a potential SBA audit. The resulting publicity will likely drive investigative priorities across the public and private sectors. Congress, U.S. agencies, journalists, and potential whistleblowers will soon have access to information that may lead to years of investigations into funds that were quickly paid out over the course of a few months. Therefore, small businesses and their investment entities that accept PPP loans should be extremely diligent in ensuring PPP loan applications provide accurate information, and borrowers should meticulously document how PPP-related funds are used. Though the present circumstances are exigent and uncertain, PPP loan applications and fund usage will likely be subjected to second-guessing by the government and whistleblowers once the crisis abates.

Additionally, a PPP borrower that expects to be placed in a sensitive or vulnerable position due to public disclosure of its PPP award should prepare for media scrutiny and begin preparing a public relations response. SBA and Treasury have not yet disclosed when they intend to publish PPP borrower information, but borrowers will likely have a short amount of time to prepare for the potential related backlash.

An open question exists regarding the future interrelationship between DOJ and professional relator’s counsel in FCA lawsuits. With over $514 billion in total PPP loans approved,21 DOJ may find that it does not have the resources to prosecute effectively all PPP cases. It remains to be seen whether DOJ will view professional relator’s counsel as a necessary ally to sift through PPP fund recipients for fraud and rely on relators to prosecute more cases without government intervention.

4 Id. For loans below $150,000, “totals will be released, aggregated by zip code, by industry, by business type, and by various demographic categories.” Id. 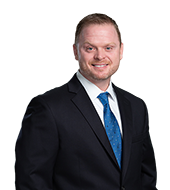