COVID-19: Reliefs and Support for Small and Medium Enterprises ("SMEs") in Hong Kong

In response to the challenges caused by COVID-19, the Hong Kong government (“Government”) unveiled a HK$120 billion relief package in its 2020–21 Budget announced on 26 February 2020 (the “Budget Measures”), which was supplemented by the establishment of a HK$30 billion Anti-epidemic Fund approved on 21 February 2020 (the “First Round Measures”), and further supplemented by a second round of HK$137.5 billion Anti-epidemic Fund measures announced on 8 April 2020 (the “Second Round Measures”).

The key measures which support SMEs in Hong Kong are summarized below.

The Budget Measures included an aggregate of HK$3 billion funding for training and employment programmes. This was subsequently followed by the allocation of an additional HK$800 million in the Second Round Measures for job advancement projects.

The Second Round Measures also introduced a HK$80 billion Employment Support Scheme (“ESS”) to encourage employers to maintain headcount. The ESS will provide wage subsidies for a period of six months to eligible employers, calculated on the basis of 50 percent of wages, subject to a subsidy cap of HK$9,000 per month per employee. The first payment is expected to be made no later than June 2020 and is estimated to cover 1.5 million employees.

Additionally, the Second Round Measures also separately included HK$6 billion funding to create 30,000 time-limited jobs in the public and private sector in the coming two years.

The First Round Measures included an aggregate of about HK$1.7 billion to support the property management and construction sectors in relation to their anti-epidemic efforts so that they can continue to work in the face of the current public health challenges. In addition, an aggregate of about HK$14.5 billion of financial relief will be provided to enterprises in specific sectors, such as the retail, transport, convention and exhibitions and travel agency sectors.

The Second Round Measures further expanded sector-specific relief with an additional estimated HK$21 billion of relief measures targeted at the sectors hardest hit by the COVID-19 situation and related shutdowns. This includes cash and other subsidies for the various businesses in the tourism, catering, education services, passenger transport and construction sectors. For the aviation sector which has been severely impacted by the shutdown of international air traffic, there will be a one-off subsidy of HK$1 million per large aircraft and HK$200,000 per small aircraft registered in Hong Kong, which is expected to benefit about 270 aircrafts. There will also be one-off subsidies for aviation support services and cargo facilities operators, which are expected to benefit about 40 operators. In addition, in the financial services sector, Securities and Futures Commission licensees and SME brokers will receive one-off grants.

The Budget Measures introduced various measures to relieve the financial burdens on businesses. A concessionary low-interest loan for enterprises, fully guaranteed by the Government, has been introduced and is open for applications for a period of six months. The maximum loan amount is HK$2 million, with a repayment period of up to three years and a moratorium on principal repayments during the first six months of the loan. In addition, there will be a waiver of up to HK$20,000 on profits tax for the 2019–20 assessment year, as well as waivers of business registration fees for 2020–21 and registration fees for company annual returns for two years, and certain waivers and reductions of Government rates and charges for non-domestic properties and accounts.

The Second Round Measures further extended support to alleviate the cash-flow and other financial burdens on businesses, including enhancements to the existing SME Financial Guarantee Scheme (the “SME Scheme”). The SME Scheme was previously launched in January 2011 to help SMEs obtain financing. It is currently administered by HKMC Insurance Limited (“HKMCI”), a wholly owned subsidiary of the Government. Under the SME Scheme, the HKMCI may provide certain guarantee coverage for credit facilities of eligible enterprises approved by participating lenders. The Second Round Measures (i) raised the maximum loan amount for the 80 percent, 90 percent and 100 percent guarantee coverage products under the SME Scheme; (ii) provided for a concessionary interest rate of up to 3 percent for one-year loans under the 80 percent and 90 percent guarantee coverage products; (iii) raised the maximum guarantee commitment for the 100 percent guarantee coverage product from HK$20 billion to HK$50 billion; and (iv) extended the eligibility of the SME Scheme to publicly listed companies. It is estimated that these measures would involve additional Government expenditure of HK$11.69 billion, additional guarantee commitment of HK$30 billion, and will benefit about 20,000 to 50,000 SMEs.

The Second Round Measures also included various waivers of governmental rental concessions fees and charges, estimated to account for Government revenue forgone of around HK$1.3 billion. In addition, the deadline for payment of taxes for the 2018–19 assessment year, which are due for payment in April, May or June will be automatically extended by three months.

Other Reliefs Through Government Facilitation

The Second Round Measures include additional relief to be facilitated by the Government:

The Government has announced proposals to introduce Chapter 11-style corporate rescue laws, with a new round of consultations expected in the coming months. Hong Kong does not currently have a statutory corporate rescue procedure. The Law Reform Commission had previously put forward a similar proposal in 1996 but that bill failed to pass. Subsequent attempts to revisit similar reforms also failed and it remains to be seen whether this round of proposals will be more successful.

At present, some of the details of the Second Round Measures have yet to be announced including details on implementation. The Government has, however, indicated that their focus will be on rolling out the relief measures promptly to provide businesses much needed support. In view of the need for expeditious implementation, the Government has indicated that clawbacks and penalties for abuses may be employed as opposed to lengthy vetting procedures for eligibility.

If you have any questions about the Government’s Anti-epidemic Fund measures and whether they may benefit your SMEs, please do not hesitate to contact us. 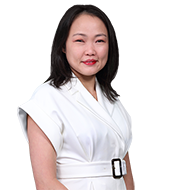