COVID-19: Responding to Stockholder Activists and Hostile Takeovers in an Uncertain Environment

As the stock prices of many U.S. public companies have plunged due to the novel coronavirus (“COVID-19”) pandemic, activist investors, private equity firms, and opportunistic buyers may try to acquire stock on the cheap and force changes or even engage in a hostile takeover. The combination of high trading volumes and extreme levels of market volatility, along with the use of derivative instruments, can make it challenging for companies and the market to detect rapid stock accumulations. At the same time, many companies may be more vulnerable to opportunistic hostile and activist activity because they have dismantled their takeover defenses due to pressure from proxy advisory firms over the last two decades. In response to these extraordinary circumstances, many companies are considering adopting a stockholder rights plan or putting a stockholder rights plan “on the shelf” (i.e., ready to be deployed when needed) as well as reviewing their takeover preparedness more generally. Since March 1, 2020, approximately two dozen U.S. public companies have adopted a stockholder rights plan, more than the total number of S&P 500 companies that had a plan in place at the end of 2019.1 Both Institutional Shareholder Services (“ISS”) and Glass Lewis & Co. (“Glass Lewis”) have recently issued policy statements in response to the adoption of stockholder rights plans during the COVID-19 pandemic.

Now, more than ever, before the market stabilizes or hostile activity rises, companies should consider their vulnerability to activist and hostile threats. While companies that are particularly vulnerable to hostile threats either due to a disproportionate drop in stock price or a recent activist threat or takeover attempt may choose to adopt a stockholder rights plan, other companies may choose to put a stockholder rights plan “on the shelf” and review whether their governance provisions are appropriate for the current environment. A company should also ensure that its directors have current data regarding the intrinsic value of the company so that any decision to respond to an unsolicited takeover threat is an informed decision.

Stockholder rights plans deter unauthorized stock accumulations by imposing substantial dilution upon any stockholder that acquires shares of a public company in excess of a specified ownership threshold (typically 10–20 percent) without prior board authorization. Rather than risk an unacceptable level of dilution, hostile bidders will negotiate with the board to reach consensus on a mutually acceptable transaction. Stockholder rights plans are an extremely effective device for the deterrence of abusive takeover tactics, but will not deter an all-cash offer or prevent proxy contests.

The key terms of a stockholder rights plan include the following:

If challenged, the decision by a board of directors to adopt a stockholder rights plan will be reviewed under enhanced scrutiny under the 1985 Delaware Supreme Court’s decision in Unocal Corp. v. Mesa Petroleum Co.4 Under the Unocal standard, the Delaware courts will examine (1) whether a board had reasonable grounds to believe that a threat to corporate policy and effectiveness existed, and (2) whether the board’s response to that threat was reasonable in relation to the threat. The response is disproportionate if the directors’ defensive action was either preclusive or coercive. If the directors can satisfy this two-part burden, the directors’ actions will be entitled to the protection of the business judgment rule.

In the past several decades, the Delaware courts have addressed a board’s decision to adopt stockholder rights plans in response to hostile takeovers and proxy contests and to preserve NOLs. The Delaware courts have upheld disinterested and fully informed decisions to adopt a rights plan in response to a threat to corporate policy and effectiveness.5 In the current environment, directors considering adopting a plan or putting a plan “on the shelf” should carefully consider and document their decision-making. In light of the dramatic change in circumstances due to the COVID-19 pandemic, a company that has previously put a plan “on the shelf” should review the plan with its board of directors and advisors to ensure that (1) the directors are fully informed of the mechanics of the plan, and (2) the change in circumstances does not warrant any changes. Companies facing disproportionate effects from the COVID-19 pandemic may find that more aggressive actions are warranted under the circumstances.

In its guidance issued on April 8, 2020, ISS stated that a severe stock price decline as a result of the COVID-19 pandemic is likely to be considered valid justification in most cases for adopting a rights plan of less than one year in duration. However, ISS cautioned that it would review carefully the disclosed rationale for adopting the plan and other relevant factors, including the triggers for the rights plan. In a similar statement published on April 11, 2020, Glass Lewis indicated that the impacts of the COVID-19 pandemic and related economic crisis constitute a reasonable context for the adoption of a stockholder rights plan under the following conditions: (1) the duration of the plan is limited to one year or less, and (2) the company discloses a sound rationale for the adoption of the plan as a result of COVID-19. In addition, because changes included in the Coronavirus Aid, Relief, and Economic Security Act of 2020 (“CARES Act”) (i) permit corporations to carry back NOLs generated in 2018, 2019 and 2020 to pre-tax reform years and obtain a refund based on the earlier higher tax rate and (ii) suspend the 80% of taxable income limitation on the use of NOLs arising in tax years beginning after December 31, 2017 and before January 1, 2021, NOLs may have additional value worth protecting through an NOL pill.

Beyond a Pill: Other Defensive Devices and Activist Preparation Activities

Historically, public companies protected themselves from takeover and activist threats through a variety of defensive charter and bylaw provisions, such as staggered boards, supermajority requirements, fair price provisions, limitations on the stockholders’ ability to call special meetings and take action by written consent, and advance notice requirements for stockholder nominations and proposals. Over the past decade, pressure from the proxy advisory firms has led to a dismantling of traditional takeover defensives in most companies’ governance documents. Notwithstanding the foregoing, there may be incremental changes that a company may make to its governance documents without drawing the attention of proxy advisory firms that make it more difficult for an activist to effect change to the board.

Similarly, there are a number of internal steps that management can take to prepare for an activist campaign. These steps include: (1) evaluating all business lines and market regions for underperforming assets and businesses, (2) engaging in outreach with key stockholders, (3) monitoring share trading to detect unusual activity, (4) reviewing strategic alternatives to enhance stockholder value, and (5) assessing whether management and the board of directors have reliable information on the long-term intrinsic value of the company.

Hostile takeover activity and stockholder activism may increase due to the extreme volatility in the market and investor uncertainty resulting from the COVID-19 pandemic. However, there are steps that public companies and their boards of directors may take now to ensure they can respond quickly and responsibly to an activist or takeover threat. These steps include reviewing takeover and activist preparedness with financial and legal advisors as well as ensuring that management and boards of directors have current information on the long-term value of the company.

2 On April 3, 2020, ISS recommended that stockholders vote against the chairman of The Williams Companies, Inc. after the company’s board of directors adopted a stockholder rights plan with a 5 percent trigger threshold where the poison pill was not designed to protect the company’s NOLs. 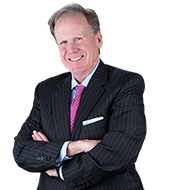