As the economy continues to grapple with the effects of the coronavirus (COVID-19) pandemic, companies are increasingly facing liquidity issues. Among those affected are real estate investment trusts (REITs) and regulated investment companies (RICs), which maintain their tax-advantaged status only if they are able to satisfy certain distribution requirements. Acknowledging the need for enhanced liquidity in the current economic climate, the Internal Revenue Service (IRS) released Revenue Procedure 2020-19, which provides temporary guidance regarding the treatment of certain stock distributions by publicly offered REITs and publicly offered RICs under the Internal Revenue Code of 1986, as amended (Code).

If a corporation or other entity qualifies as a REIT or RIC as defined in the Code, it will generally not be subject to U.S. federal income tax on the taxable income distributed to stockholders, provided such distributions qualify for the deduction for dividends paid. The benefit of that tax treatment is that it avoids the “double taxation,” or taxation at both the corporate and stockholder levels, that generally results from owning stock in a corporation. To qualify as a RIC or REIT, an entity must, among other things, distribute annually at least 90 percent of its taxable income (adjusted without a deduction for dividends received and with special treatment for capital gains among certain other modifications). Failure to meet the annual distribution requirements jeopardizes the tax-advantaged status of such vehicles and implicates substantial taxes upon the entity. 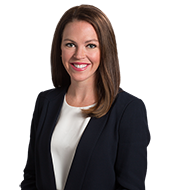