On Wednesday, May 24, 2017, the U.S. Court of Appeals for the District of Columbia Circuit, sitting en banc, heard arguments in Raymond J. Lucia Cos. v. SEC, a case in which it is tasked with deciding whether the administrative law judges (“ALJs”) who preside over administrative proceedings brought by the Division of Enforcement of the Securities and Exchange Commission (“SEC” or “Commission”) are appointed in violation of the Constitution’s Appointments Clause and lack the authority to hear cases.

A three-judge panel of the D.C. Circuit had previously ruled in favor of the SEC by holding that ALJs are not “inferior officers” subject to certain standards articulated in the Appointments Clause because they lack the authority to issue final decisions on behalf of the Commission. [1]  Four months later, the U.S. Court of Appeals for the Tenth Circuit came to the opposite conclusion and created a circuit split, finding that the SEC’s ALJs are appointed in violation of the Constitution. [2]

For regulated entities that are subject, or may become subject, to enforcement investigations or actions by the Commission, the D.C. Circuit’s ruling may have significant implications.  If the D.C. Circuit reverses its earlier decision and restricts the SEC’s ability to pursue enforcement actions administratively, the Commission may be more likely to settle or decline to bring certain cases in which it deems the costs of litigating in federal court to exceed the potential benefits of the enforcement action.

The Key Question:  Whether SEC ALJs Exercise “Significant Authority” Pursuant to the Laws of the United States
The Appointments Clause of Article II of the Constitution provides that “Congress may by Law vest the Appointment of such inferior Officers, as they think proper, in the President alone, in the Courts of Law, or in the Heads of Departments.” [3]  An appointee is an “inferior officer,” rather than a mere employee, if the appointee exercises “significant authority pursuant to the laws of the United States.” [4]  Because the Appointments Clause applies to inferior officers, not employees, the key question in the Lucia rehearing was whether the ALJ who presided over the respondent’s case acted merely as an employee of the Commission or whether he exercised sufficient authority to be considered an inferior officer.

Much of the oral argument focused on Freytag v. Commissioner of Internal Revenue, a 1991 Supreme Court case, which held that U.S. Tax Court special trial judges are inferior officers because they exercise significant authority and discretion; namely, they “take testimony, conduct trials, rule on the admissibility of evidence, and have the power to enforce compliance with discovery orders.” [5]  SEC ALJs also take testimony, conduct trials, and rule on the admissibility of evidence, but they lack power to issue contempt orders. [6]

Judge Tatel and Judge Brown repeatedly asked government counsel to articulate a principle as to when an adjudicator exercises significant authority.  Surprisingly, government counsel did not embrace the line drawn in Landry v. FDIC, upon which the D.C. Circuit relied in its original Lucia decision, that an appointee is not an inferior officer if the appointee lacks the authority to issue final decisions. [7]  Rather, government counsel clung to a possibly weaker argument that the fourth power in Freytag—the power to enforce compliance with discovery orders by holding a party in contempt—is critical to the analysis, and that Freytag is distinguishable because it took place in the context of a court of law, rather than an administrative setting.

Counsel for Mr. Lucia and his company (“Petitioners”), on the other hand, urged the Court to apply Freytag in a straightforward manner.  Asserting that the powers bestowed upon SEC ALJs by 5 U.S.C. § 556(c) are even more extensive than the powers held by the special trial judges in Freytag, counsel for Petitioners asked the Court to follow Freytag and hold that SEC ALJs are inferior officers.

The panel also focused heavily on the extent to which the Commission reviews and finalizes the initial decisions of its ALJs.  Government counsel argued that because a finality order is issued by the Commission in each case, there can be no doubt as to where accountability for a decision of the Commission lies.  In response, counsel for Petitioners stressed that ALJs wield significant authority because the Commission’s review over their decisions is merely discretionary, and approximately 90 percent of decisions rendered by ALJs become final without any Commission review.

In addition, several judges on the panel focused on the fact that ALJs make credibility judgements and evidentiary rulings that are critical to the outcome of administrative proceedings and are subject only to a later “paper review” by the Commission.  Judge Kavanaugh commented that because neither party could identify any instance in which the Commission utilized its power to retry a case, ALJs seem to exercise significant authority by being the sole appraiser of the credibility of witnesses in each case.  Judge Kavanaugh also pointed to the high stakes that can be involved in administrative proceedings:  the ALJ who presided over Petitioners’ administrative proceeding fined Petitioners $300,000 and permanently barred Mr. Lucia from the securities industry.

Looking Forward
The Court’s decision may have real implications, not only for companies engaged in administrative proceedings before the SEC, but also for companies involved in any adversarial enforcement proceeding before an administrative law judge.  Judge Tatel expressed concern as to the potential collateral consequences of ruling against the SEC.  Counsel for Petitioners argued that the repercussions would be limited to the 142 ALJs in 24 federal agencies that conduct adversarial enforcement proceedings pursuant to 5 U.S.C. §§ 556 and 557, and would not affect the thousands of ALJs employed by the Social Security Administration.  Even if that prediction is accurate, hundreds of contested administrative proceedings before dozens of federal agencies stand to be affected by the D.C. Circuit’s decision.

Despite a question from the bench, the parties did not discuss potential remedies to the possible Appointments Clause violation in detail.  Should the D.C. Circuit rule in favor of Petitioners, the SEC Commissioners could ameliorate the issue simply by reappointing the Commission’s five ALJs directly.  Because the SEC may risk invalidating other adjudicated findings of liability by acknowledging that its ALJs are unconstitutionally appointed, the SEC may instead choose to stay all administrative proceedings in which a respondent has the option to seek review in the D.C. Circuit while it appeals the case to the Supreme Court.

In any event, the potential enactment of the Financial Choice Act may render the issue moot with respect to SEC enforcement actions going forward.  The bill, which recently passed the House Financial Services Committee and advanced to the full House floor, would permit a respondent to compel the SEC to bring its case in federal court, rather than through an administrative proceeding.  While the Financial Choice Act is still far from becoming law, respondents may soon be able to rest easier, at least in the short term:  if the D.C. Circuit holds that SEC ALJs are appointed in violation of the Constitution’s Appointments Clause, the Commission may be more likely to settle or decline to bring certain cases.  The Commission may also choose to bring more cases in federal court, providing respondents with the full slate of procedural protections available in that forum.

[2] Bandimere v. SEC, 844 F.3d 1168, 1179–82 (10th Cir. 2016).  For additional background information, see our previous alert on this subject: Tenth Circuit Decision Finds Against the SEC and Creates a Circuit Split on the Constitutionality of the Commission’s ALJs. 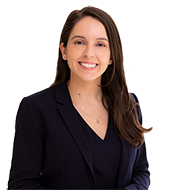