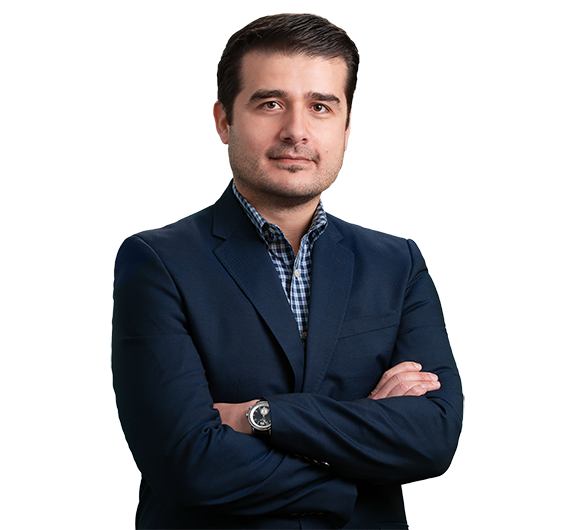 Edmundo de la Fuente is a partner at the firm’s Houston office where he is a member of the firm’s energy, infrastructure, and resources and real estate practice areas.

Edmundo began his unique transactional practice representing developers and investors in real property acquisitions and dispositions; lease negotiations; easement and right of way negotiations, project development and project and conventional financing. His practice then evolved to represent major international energy clients in the development, construction and financing of energy and infrastructure projects; the trading of commodities; establishing and negotiation of joint ventures; mergers, acquisitions and divestitures. Edmundo’s extensive experience drafting and negotiating complex and sophisticated transactions have proven invaluable to his clients in both the energy and commercial real estate sectors.

Moreover, Edmundo has represented clients throughout the continental U.S. and abroad. His commercial real estate practice is based in Texas, but has included advising clients in acquisitions and/or dispositions in almost every other state in the U.S. Additionally, Edmundo has substantial experience in structuring and negotiating cross-border projects, transactions and investments in Mexico, Brazil and throughout Latin America. He is a native Spanish speaker, and has frequently drafted and represented his client's business interests in Spanish while representing his Latin American clients in the U.S. and representing his international clients in and throughout Latin America.

US and Crossborder Energy Projects and Investments

Edmundo represents U.S. and multinational clients in a broad range of U.S., cross-border and international energy and infrastructure projects. He also works on U.S. and cross-border energy commodity trading transactions, including ISDA-backed hedges. From 2013 through 2015, while seconded to a multinational gas and power client in Mexico City, he advised that company and principal sponsor on its bid for the development, construction, operation and maintenance of a major portion of a gas pipeline, which became the largest hydrocarbon transportation project of the past 40 years in Mexico and is currently anticipated to produce a 45 percent increase in gas imports to the country. Edmundo led the team of inside and outside counsel in the review and negotiations of all corporate and project related agreements, and led all direct negotiations by the client with international equity sponsors, EPC contractors, service providers, lenders and governmental agencies. The financing for this project was recognized as the Project Finance Deal of the Year by Latin Lawyer for 2014. At the conclusion of his secondment, and prior to joining K&L Gates, he returned to Houston where he advises U.S. and multinational energy companies participating in various public bids for energy infrastructure projects in the U.S. and Latin America, advises public-private partnerships and state agencies in Latin America in structuring public tenders and reviewing bid proposals, and drafts and negotiates agreements pertinent to construction contracts, operation and maintenance agreements, asset management agreements, service contracts, mergers and acquisitions, finance, joint ventures, general corporate transactions, and corporate governance for domestic and international clients transacting in energy, infrastructure, and commodities.

Real Estate, Land Use and Ports

Prior to law school, Edmundo worked in the planning and zoning department of a major in-land port in Texas, where he evaluated and recommended updates to the city’s master plan, authored and proposed city ordinance amendments, and represented municipalities on land development projects. As an attorney, Edmundo has represented and advised a range of clients on complex commercial real estate and corporate transactions, including single and multi-property portfolio acquisitions and dispositions, development projects, commercial leasing, easement and right of way acquisition, zoning and land use, financing and corporate organizational matters. He also has experience representing developer clients in sale-leaseback transactions, having worked on portfolios valued at over several hundred million dollars and comprised of hundreds of retail properties.