On February 9, 2016, in an historic and unprecedented decision, the U.S. Supreme Court blocked the U.S. Environmental Protection Agency (“EPA”) from implementing the Clean Power Plan (“CPP”) while the rule is challenged in lower courts.  The decision is a victory for 29 states and state agencies, along with several industry and trade groups (the “Petitioners”), who appealed the D.C. Circuit’s January 21, 2016 decision not to stay the CPP.

The CPP requires states to submit state implementation plans as early as 2016, with possible extensions to 2018, and curtail greenhouse gas emissions from existing power plants as early as 2022 to achieve carbon emissions reductions of 32 percent from 2005 levels by 2030.

The Petitioners argued to the Supreme Court that the EPA does not have the Clean Air Act authority to implement the CPP, which they assert would reorganize the entire electric power sector of the U.S. economy.  The Petitioners persuaded the Supreme Court that there was a reasonable probability that four justices would agree to hear the case, that there was a fair prospect that a majority of the Supreme Court would find that the CPP was unlawful, and that irreparable harm would have resulted from the denial of the stay.  What is unusual here is that there is no lower court decision on the merits — the D.C. Circuit considered the arguments for and against a stay, but was not fully briefed on the merits of the case, nor has it issued a decision on the legality of the CPP.

In their arguments, available here, the Petitioners focused on the claim that they were already being irreparably harmed because states have begun spending significant time and resources to craft their state implementation plans required under the CPP.  While this argument was rejected by the D.C. Circuit, Justices Roberts, Scalia, Kennedy, Thomas, and Alito disagreed and granted a stay.  Justices Breyer, Ginsburg, Kagan, and Sotomayor voted to uphold the D.C. Circuit’s decision.

In their opposition to the application for the stay, available here, the EPA argued that Petitioners’ claims were misguided and that the relief sought by the Petitioners was extraordinary and unprecedented.  The agency claimed that a stay was inappropriate for several reasons.  First, the EPA argued that the D.C. Circuit was going to expedite its hearing on challenges to the CPP, and therefore, the parties could reasonably expect the court to issue a decision by late summer or early fall of 2016.  Along these same lines, the EPA asserted that the states and the regulated emission sources would not be irreparably harmed if the stay was denied.  There is no irreparable harm, according to the EPA, because the CPP does not require states to submit implementation plans until September 2018 if they seek an extension.  The extension process does not require states to make substantial arguments and, in the EPA’s view, would not be overly burdensome.  Similarly, the EPA argued that emitters would not be required to comply until 2022 at the earliest, which, without the stay, would have been after the completion of judicial review.

In addition, the EPA argued that the stay was more than temporary because it would result in tolling all relevant deadlines in the rule, even those that would come due many years after the resolution of the challenge.  According to the EPA, delaying the implementation of the CPP would not be in the public interest.  The EPA stressed that any delay in reducing carbon dioxide emissions would increase the severity of climate change contributing to public and environmental harms.  As such, the EPA argued that, on balance, the stay should have been denied.

In response to the ruling, the White House expressed its disagreement with the Supreme Court’s decision and stated that “[e]ven while the litigation proceeds, EPA has indicated it will work with states that choose to continue plan development and will prepare the tools those states will need.  At the same time, the Administration will continue to take aggressive steps to make forward progress to reduce carbon emissions.”

It may be that the decision was influenced by the tangled path of the Mercury Air Toxics Standards (“MATS”), which was partially invalidated by the Supreme Court last June, but not before many power plants began complying, including installing expensive emissions control upgrades or shutting down completely.  In December 2015, the D.C. Circuit issued a ruling allowing the EPA to enforce MATS as it fixed the flaws identified by the Supreme Court.  This removed most of the uncertainty, but not before many concerns were raised by utilities regarding the extensive investments already made to comply with a rule that had not been fully vetted legally.  The Supreme Court’s decision on the CPP may have been in part an effort to avoid the same controversy.

Additionally, the Supreme Court’s stay of the CPP may have broader implications for the EPA as it moves forward with other rulemakings impacting the energy sector.  That is, the extraordinary action here may embolden other challengers to seek similar action in regard to other agency rules with significant and far-reaching effects.  For example, the EPA’s proposed Cross-State Air Pollution Rule (“CSAPR”) Update for the 2008 Oxone National Ambient Air Quality Standards public comment period closed on February 1, 2016.  That proposed rulemaking contains significant reductions for NOx emissions budgets for states starting in the 2017 ozone season, including budget reductions as high as 72 percent for one eastern state.  The compliance window for the CSAPR update rule is much shorter than the proposed compliance schedule under the CPP stayed by the Supreme Court.

While the CPP is blocked for now, the underlying legal challenge is scheduled to start with oral arguments to the D.C. Circuit in June 2016.  Presumably, the party that loses there will petition for a writ of certiorari from the Supreme Court.  Under the order issuing the stay, available here, if the writ is not granted, the stay will be automatically lifted.  If the Supreme Court accepts review, a decision on the legality of the CPP may not be made until 2018.  Because it is widely expected that the Supreme Court will be the final arbiter on the CPP, the stay decision raises questions about whether the CPP will withstand scrutiny and be deemed within the EPA’s Clean Air Act authority.

We will continue to monitor developments related to the CPP litigation. 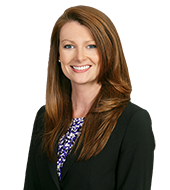