On June 24, 2015, the new Limited Partnership Act (有限合夥法, the Act) was announced by President Ma Ying-jeou and will become effective on a date to be set by the Executive Yuan. The Act allows the establishment of a limited partnership in Taiwan, an action which grants enterprise operators and passive investors the opportunity to make use of a new legal structure.

Establishment of a Taiwan Limited Partnership
A limited partnership will be set up by registration of the following with the Taiwan authorities:

Generally each partner should have one vote regardless of its interest in the partnership. The limited partnership agreement however may provide that the voting power of each partner be linked to its capital commitment.

Fiscal Affairs, Distributions and Dissolution
The general partner should provide each partner with the annual business report and financial statements and seek approval of such business reports and financial statements from no less than two-thirds of the partners at the end of each fiscal year. The financial statements should be audited if the capital of the partnership exceeds a certain amount set by the authorities. A proposal for allocation and distribution of gains or losses should also be submitted and acknowledged by the partners at the end of each fiscal year unless otherwise provided in the limited partnership agreement with respect to the timing of profit distribution.

A limited partnership will be wound up and dissolved upon:

Going Forward
Some details about the rules are still subject to implementation rules to be promulgated by the authorities, including the capital contribution by means of credit or services, the verification of capital contributions and the auditing of financial reports. It may be also worth noting the following: 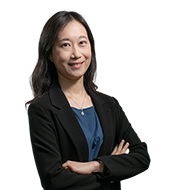