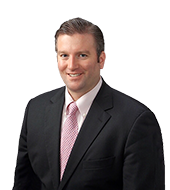 London - Global law firm K&L Gates LLP’s aviation finance practice was recognized for its role on four matters honored as deals of the year during the 2019 AirFinance Journal Awards. The winning deals were selected by a judging panel of senior aviation finance executives from the airline, finance, legal, and manufacturing sectors, and were announced during a virtual ceremony on 30 June.

The deals for which K&L Gates was recognized were:

“We are very happy that our global aviation finance practice and the leading clients that we represent on their prominent cross-border transactions have been recognized by AFJ and our peers across jurisdictions,” said Robert Melson, a partner in the Tokyo office and a leader of K&L Gates’ global aviation finance practice. “Our practice remains strong in spite of the myriad challenges of 2019 and 2020. We are honored to be recognized by AFJ for our work and look forward to advising on more high-level transactions and representing a diverse client base internationally.”

K&L Gates’ aviation finance practice represents financial institutions and leasing companies around the globe in connection with aircraft finance and leasing transactions, including the structuring, documenting, and negotiating of aircraft finance transactions and cross-border transactions involving multiple jurisdictions. The team works closely with their colleagues in the tax, regulatory, and litigation support practice groups in order to advise and assist financial institutions, leasing companies, and airlines on a variety of aviation matters.