Preparing for the Next Hanjin: The Unique Challenges and Ripple Effects of Maritime Insolvency and Restructuring

As we attempt to mitigate the potential effects of the COVID-19 pandemic on our global supply chain, stakeholders should be actively considering downstream impacts. In this current environment, considering prospective internal and external bankruptcy and restructuring threats may be more important than ever.

The 2016 bankruptcy of South Korea’s Hanjin Shipping Co., Ltd. offers an instructive real-world example of the wide-reaching effects on global commerce and supply chains resulting from the bankruptcy of a major carrier. Post-Hanjin, K&L Gates advised equipment providers, beneficial cargo owners, port operators, retailers, and other actors on their exposure. As we prepare for the realities of COVID-19 economic impacts, interested parties should consider planning such contingencies.

After four consecutive years of financial losses and the withdrawal of financial support from a state-sponsored bank, Hanjin sought bankruptcy protection in the Seoul Central District Court in August 2016. The company petitioned for relief for its cargo vessels entering U.S. ports, as the lien claims of suppliers of goods and services threatened to halt Hanjin vessels. At the time, Hanjin was the largest container carrier in Korea and the seventh largest in the world.

In September 2016, the U.S. Bankruptcy Court for the District of New Jersey granted Hanjin’s motion for provisional relief, and issued an order imposing a temporary freeze on creditor actions, directing suppliers to seek enforcement of their lien claims in pending Korean insolvency proceedings. The Bankruptcy Court noted that at the time of the South Korean filing, all but one or two of Hanjin’s vessels were outside of U.S. territorial waters, and thus not subject to the arrest provisions under U.S. maritime law that the maritime lienholders wanted to enforce.

In a 2018 study, the Government Accountability Office (GAO) highlighted the impact of Hanjin’s collapse at multiple chokepoints in the global supply chain. The study noted hundreds of thousands of delayed shipments, and an estimated $14 billion of cargo stranded at sea. While the GAO noted that cargo delays were generally resolved in four to eight weeks, and the Federal Maritime Commission and Department of Commerce both suggested that legal and market responses resolved the effects on cargo movements in a timely and effective manner, substantial vulnerabilities were identified in the process.

A key consideration in any bankruptcy case is the treatment of executory contracts. Under Section 365 of the United States Bankruptcy Code, the debtor has the power to assume and assign or reject executory contracts. Contractual counterparties to debtors should be aware of the consequences of the debtor’s decision to assume or dispense with certain contractual obligations. The Bankruptcy Code offers debtors a powerful tool to potentially force counterparties to move in lockstep through the restructuring or, alternatively, shed burdensome obligations.

The commencement of any bankruptcy case is coupled with the imposition of an automatic stay pursuant to Section 362 of the Bankruptcy Code. The automatic stay is an immediate trigger upon the filing of a bankruptcy petition, and operates to halt virtually all actions by creditors and other interested parties against the debtor and its assets, including judicial remedies and enforcement of liens. The automatic stay is a broad shield for debtors that also prohibits contractual counterparties from cancelling any executory contracts due to the debtor’s insolvency, regardless of whether such contract allows such action. The automatic stay also prohibits international parties from taking enforcement actions against the debtor and its assets.

International debtors who choose to file their main insolvency case in a foreign jurisdiction, as was the case with Hanjin, will often find it useful to file a Chapter 15 case in the United States. Chapter 15 of the Bankruptcy Code is a specialized, limited proceeding meant to address a foreign debtor’s assets located in the United States. Both domestic and international creditors and contractual counterparties should generally understand the implications of the venue of the debtor’s lead insolvency proceeding and the chapter of the Bankruptcy Code under which the U.S. Bankruptcy Court is administering the case.

The Ninth Circuit, in that same opinion, also contributed to the “open question whether bankruptcy courts have the effective ability to sell a vessel free and clear of maritime liens.” Section 363 of the Bankruptcy Code generally provides the debtor an avenue to accomplish a sale of its assets “free and clear” of liens. In 2005, the Second Circuit Court of Appeals held that a Bankruptcy Court had the power to properly extinguish a maritime lien under admiralty law where the lienholders voluntarily submitted to the jurisdiction of the Bankruptcy Court. The Ninth Circuit’s recent opinion distinguished these facts, however, and held that the underlying Bankruptcy Court could not approve the sale of a vessel “free and clear” of maritime liens, because it did not possess the requisite jurisdictional power to do so.

The treatment of maritime liens on a vessel that a debtor proposes to sell “free and clear” is a complex legal question that in each case will involve the facts at hand, the procedural posture of the case, and likely arguments on the jurisdiction of U.S. Bankruptcy and District Courts.

Regardless of your standing and relationship with a debtor, understanding your options and engaging experienced counsel is crucial to successfully navigating the waters of a maritime bankruptcy case. As we look forward post-COVID-19, bankruptcies and restructuring of organizations are inevitable. With forward-looking planning and a coherent strategy on how to mitigate the risks of a major bankruptcy fallout, companies can successfully diversify their interests and limit their exposure. K&L Gates was able to guide several parties through the uncertainty of the Hanjin bankruptcy, and the firm is eager to share best practices on how to prepare. 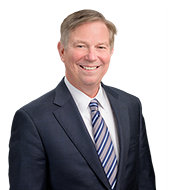