In Atlantic Richfield Co. v. Christian (Atlantic Richfield),1 the Supreme Court of the United States (Court) held that Montana landowners could sue in state court for more cleanup at the Anaconda Smelter Superfund site but that their status as “potentially responsible parties” (PRPs) under the Comprehensive Environmental Response, Compensation, and Liability Act (CERCLA) required them to seek the Environmental Protection Agency’s (EPA) approval for more cleanup.2 This holding seemed to resolve the case on the simplest grounds possible, restoring EPA’s centralized clearinghouse function of approving cleanups at Superfund sites. However, in some ways, the Court’s decision in Atlantic Richfield creates more risk than certainty regarding landowner liability for CERCLA Superfund sites. After summarizing the facts of the case and the Court’s several holdings, we outline issues we believe Atlantic Richfield raises but does not resolve.

Atlantic Richfield is the latest development in the decades-long saga surrounding one of the nation’s first Superfund sites, the Anaconda Smelter in southwestern Montana. For nearly 100 years, the Anaconda Smelter was at the center of Montana’s economy. It was the hub of copper smelting for the country, and it fed demand for millions of pounds of copper for telephone and power lines through the late 19th and early 20th centuries. As byproducts of the smelting process, the smelter’s smokestacks emitted arsenic and lead on the surrounding area.3 As a result, after several decades of smelting, and after Congress passed CERCLA in 1980, EPA designated the smelter and much of the surrounding area as one of the country’s first Superfund sites due to these depositions.4 EPA then developed a cleanup plan for the Anaconda site, now set for completion in 2025, and for the past 35 years has overseen a historic US$450 million cleanup effort at the site by Atlantic Richfield, the smelter’s current owner.5

In 2008, a group of landowners within the Superfund site sued Atlantic Richfield in Montana state court, asserting state common law claims of trespass, nuisance, and strict liability and seeking so-called “restoration” damages, among other forms of relief.6 In Montana, restoration damages are recoverable only if the injured party “establish[es] that the award will actually be used for restoration.”7 Restoration was one of the landowners’ goals in the suit, but their “extra” cleanup would conflict with EPA’s CERCLA plan as follows: e.g., the landowners’ plan would require 1.5-mile long, 15-feet-deep underground trenches and barriers for drinking water, but EPA included no such structure because it was costly and unnecessary to keep drinking water safe;8 the landowners’ plan would excavate dirty soil in residential yards to a depth of two feet, but EPA required only one foot of excavation because more could “upset a balance that currently protects human health and the environment.”9 This conflict between a state law, restoration damages-funded cleanup, and EPA’s CERCLA cleanup was the nub of the suit in Montana state court.

In the trial court, Atlantic Richfield sought summary judgment on the grounds that CERCLA preempted the landowners’ “claim” for restoration damages.10 The trial court sided with the landowners and rejected Atlantic Richfield’s preemption theory.11 After granting a writ of supervisory control,12 the Montana Supreme Court affirmed, concluding that CERCLA does not preempt the landowners’ restoration plan as a prohibited “challenge” to EPA’s cleanup plan under CERCLA and that the landowners are not “potentially responsible parties” under CERCLA, making EPA’s approval of their plan unnecessary.13 The Court granted certiorari.14

After rejecting the landowners’ challenge to the Court’s jurisdiction over the Montana Supreme Court’s review of the case by writ of supervisory control,15 the Court similarly rejected Atlantic Richfield’s interpretation of CERCLA as essentially “stripping state courts of jurisdiction to hear their own state claims.”16 Specifically, the Court explained that CERCLA’s consolidation of all controversies “arising under” CERCLA in federal district court (Section 113(b)) works independently of CERCLA’s jurisdiction-stripping provision as to cleanup challenges in all but a few circumstances not present here (Section 113(h)). That overlap between the two sections exists in one type of case: challenges to cleanup plans in federal court that arise under CERCLA; in such cases, the exceptions clause in Section 113(b) directs that the limits on challenges to cleanup plans in Section 113(h) prevails—and the former does nothing more.17 But after resolving the jurisdictional complexities both parties presented, the Court created new legal complexities in resolving the merits of the dispute.

On the merits, the core dispute was whether the landowners were PRPs under CERCLA. If so, both sides agreed the landowners would need EPA’s approval of plans to restore their property using any restoration damages they might win in Montana state court.18 Although the landowners presented several arguments why they were not PRPs,19 the Court held that they were and must seek EPA approval of their cleanup plans before commencing their extra cleanup work.20 At first blush, this holding effectively neutralizes the Montana restoration damages remedy as any collateral attack by landowners on EPA cleanup plans for CERCLA sites. It also relieved the Court of sorting out even more complicated questions of CERCLA preemption.21 In our reading of Atlantic Richfield, however, the seeming simplicity of the result belies several deeper difficulties with the Court’s holding going forward, and not just in Montana. The remedy of restoration damages is referenced in the Restatement of Torts and may be available in many more states than Montana.22

First, Atlantic Richfield raises the issue of how state law restoration remedies impact the certainty of CERCLA settlement agreements. As the Court itself recognized, “[s]ettlements are the heart of the Superfund statute. EPA’s efforts to negotiate settlement agreements and issue orders for cleanups account for approximately 69% of all cleanup work currently underway.”23 EPA generally provides parties to a settlement agreement with a covenant not to sue as well as protection from contribution claims. The Court’s holding in Atlantic Richfield appears to undo the finality of these settlements if landowners need only request approval from EPA for additional work arising from awards of restoration damages. The Court’s holding also opens the door to questions about the appropriate process, or any process, for landowners to request approval of additional work, for PRPs to comment on or object to requests for additional work, and any obligations by EPA to respond to such requests.

Second, while EPA must approve restoration plans presented by landowners who are PRPs, Atlantic Richfield does not address such plans by state court plaintiffs who are not PRPs, such as non-landowners or environmental interest groups, if they sue for and recover restoration damages. In practice, EPA is unlikely to approve restoration plans inconsistent with existing cleanup plans, and this may be a significant obstacle to plaintiffs seeking restoration damages in state court. But under Atlantic Richfield, plaintiffs who are not PRPs would not necessarily have to clear this hurdle under CERCLA. The Court’s avoidance of the CERCLA preemption issues leaves open the question of how lower courts will treat these types of claims, should they arise.

Third, Atlantic Richfield renders uncertain the course of negotiations over consent decrees and settlement agreements with EPA as to Superfund sites. Indeed, if there is a settlement between a PRP and EPA and EPA approves more work by a landowner, can the landowner make a claim against other PRPs for those additional costs or is it barred by “contribution protection” under Section 113(f) of CERCLA? The parties did not raise this question, and the Court did not address it. PRPs should carefully consider how to structure their negotiations and subsequent settlement agreements with EPA and the Department of Justice to ensure they account for the new risk the decision creates for claims for cleanup costs beyond those required by EPA.

Fourth, while tribal interests were not raised in Atlantic Richfield, the fact that state law restoration damages can spur new EPA review by private litigants naturally raises the question of whether similar tribal law remedies could do the same. Indeed, were a plaintiff to recover similar damages in tribal court against a Superfund landowner with person and property under a tribe’s civil jurisdiction, would such an award not disrupt the supposed certainty around a CERCLA cleanup plan?

Fifth, what happens when EPA removes a Superfund site from CERCLA’s National Priorities List (NPL) or at sites not on the NPL? The Court notes that the requirement for EPA approval only applies to sites on the NPL. Can landowners proceed with suits in state court for “extra” cleanup funded by restoration damages at non-NPL sites? Are the costs of that cleanup work recoverable from PRPs who reach a settlement with EPA or a state?

Atlantic Richfield raises these questions but does not resolve them. Further litigation will be required.

10 Atl. Richfield Co. v. Mont. Second Judicial Dist. Court, 390 Mont. 76, 79, 408 P.3d 515, 518 (2017). The Montana Supreme Court’s opinion below loosely refers to restoration damages as a “claim.” However, they are a remedy available to a tort claimant who pleads injury to real property under Montana law and shows the injury is both temporary and the claimant has “reasons personal” to restore the property to its former condition if the replacement cost exceeds market value diminution due to the claimed injury. See Lampi, 362 Mont. at 126–27; see also Restatement (Second) of Torts § 929 (1979) (comment b).

21 As the Court stated: “In the absence of EPA approval of the current restoration plan, we have no occasion to entertain Atlantic Richfield’s claim that the Act otherwise preempts the plan.” Id. slip op. at 22. 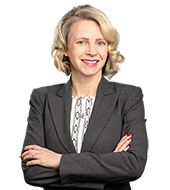