In a potentially significant reversal of a prior Securities and Exchange Commission (SEC) staff position that could enhance the ability of closed-end funds to defend against activist shareholders, the Division of Investment Management of the SEC on May 27, 2020, withdrew a 2010 no-action letter that criticized the use by closed-end funds of certain defensive measures permitted under state corporate law. The 2010 letter, issued to Boulder Total Return Fund (Boulder Letter),1 had long been an impediment to a closed-end fund opting in to state statutes that permit companies to restrict the ability of certain shareholders to vote control shares. The Boulder Letter stated that the SEC staff believed such a statute would be “inconsistent with the fundamental requirements of Section 18(i) of the Investment Company Act that every share of stock issued by [a fund] be voting stock and have equal voting rights with every other outstanding voting stock.”

The statement withdrawing the Boulder Letter (Statement)2 adopts the position that the SEC staff “would not recommend enforcement action to the Commission against a closed-end fund under [S]ection 18(i) of the [Investment Company] Act for opting in to and triggering a control share statute if the decision to do so by the board of the fund was taken with reasonable care on a basis consistent with other applicable duties and laws and the duty to the fund and its shareholders generally.” The Statement also requests input as to whether the SEC staff should recommend that the SEC take additional action to provide clarity regarding the applicability of the 1940 Act to a closed-end fund’s decision to opt in to a control share statute. The withdrawal of the Boulder Letter and the latitude apparently offered by the Statement removes an SEC staff interpretation that arguably has had a chilling effect on closed-end funds’ and their boards’ willingness to opt in to, or rely on, control share statutes. States have adopted the control share statutes under corporate statutes primarily to protect public companies incorporated in their jurisdictions. Investment companies established in states without applicable control share statues may have adopted similar provisions in their organizational documents. The SEC staff position in the Boulder Letter also has had a potential chilling effect on their boards’ willingness to rely on these provisions.

Section 18(i) of the Investment Company Act of 1940, as amended (1940 Act), states, in pertinent part, that every share of stock issued by a registered investment company “shall be a voting stock and have equal voting rights with every other outstanding voting stock….” A defensive measure that limits the voting rights attached to a share potentially implicates the share voting requirements in Section 18(i).

In a 2007 opinion, the U.S. District Court for the District of Maryland, among other things, applied the terms of the MCSAA to shares acquired by a stockholder after the fund had opted in to the statute.5 In a 2009 speech, however, the director of the SEC’s Division of Investment Management expressed the view that a closed-end fund’s reliance on control share statutes “constitutes a denial of equal voting rights and may violate the fundamental requirement that every share of fund stock be voting stock.”6 Subsequently, the SEC staff issued the Boulder Letter.

The Boulder Letter, issued in 2010, expressed the SEC staff’s view that opting in to the MCSAA, which the Boulder Letter described as stating that “[h]olders of control shares of the corporation acquired in a control share acquisition have no voting rights with respect to control shares except to the extent approved by the stockholders,” would be “inconsistent with the fundamental requirements of Section 18(i) of the [1940 Act] that every share of stock issued by [a fund] be voting stock and have equal voting rights with every other outstanding voting stock.”7 The SEC staff acknowledged in the Boulder Letter that “use of the MCSAA [to restrict the ability of certain stockholders to vote control shares] may be permitted for operating companies under state law,” but concluded that “the [1940 Act], with its unique regulatory approach, demands a different result for investment companies.”8

The Boulder Letter, although reflecting a position of the SEC staff and not a statement of the SEC Commission or a rule or regulation made with the force of law, and arguably in conflict with the U.S. District Court opinions in 2004 and 2007, had a chilling effect on closed-end funds’ and their boards’ comfort with opting in to, or relying on, control share statutes. Since then there has been a notable increase in the intensity of activists attacking closed-end funds.

The ICI Report further noted that, if a disinterested shareholder vote restores an investor’s ability to vote control shares, or that investor sells or otherwise reduces its holdings below the applicable statutory threshold, that investor would again be permitted to vote all its shares, and that none of these events would change the voting rights of those shares. The ICI Letter also argued that enabling the use of such takeover defenses to prevent activist shareholders from taking control of a fund for their own benefit at the expense of the fund and the other shareholders furthers the purposes of the 1940 Act. For instance, among the conditions “which adversely affect the national public interest and the interest of investors” enumerated in Section 1(b) of the 1940 Act is the operation of investment companies in the interest not only of their insiders, but also “other affiliated persons.”

On September 13, 2018, SEC Chair Jay Clayton issued a statement noting that the “Commission’s longstanding position is that all staff statements are nonbinding and create no enforceable legal rights or obligations of the Commission or other parties” and stating that the SEC’s divisions and offices “have been and will continue to review whether prior staff statements and staff documents should be modified, rescinded or supplemented in light of market or other developments.”10 Without commenting specifically on the several arguments that have been raised since 2010 regarding the Boulder Letter, in the Statement the SEC staff announced that, based on this review, as well as market developments since the Boulder Letter’s issuance and recent feedback from affected market participants, it decided to withdraw the Boulder Letter, effective immediately.

The Statement also provides that the SEC staff “would not recommend enforcement action to the Commission against a closed-end fund under [S]ection 18(i) of the [1940 Act] for opting in to and triggering a control share statute if the decision to do so by the board of the fund was taken with reasonable care on a basis consistent with other applicable duties and laws and the duty to the fund and its shareholders generally.” The SEC staff cautioned that any inquiry into the application of Section 18(i) to a fund’s decision to opt in to a control share statute would be based on the facts and circumstances. In this regard, the SEC staff reminded market participants that “any actions taken by a board of a fund, including with regard to control share statutes, should be examined in light of (1) the board’s fiduciary obligations to the fund, (2) applicable federal and state law provisions, and (3) the particular facts and circumstances surrounding the board’s action.”

In the Statement, the SEC staff requested public input about whether additional SEC action in this area is necessary or appropriate. In particular, the SEC staff solicited input on the following questions:

The SEC staff encouraged parties wishing to provide public input on the above questions to email such input to IMOCC@sec.gov and insert “Control Share Statutes” in the subject line and did not provide a deadline by which to provide such input.

The Statement is good news for closed-end funds, many of which have spent considerable time, energy, and money in recent years battling activist investors whose short-term goals are inconsistent with those of most closed-end fund investors. The Statement reminds funds and their boards of their responsibilities when considering whether to opt in to or trigger a control share statute and requests public input to assist the SEC in determining whether any additional SEC action is appropriate. Any such consideration would need to include, among other things, an evaluation of a fund’s governing documents, specific state law provisions, and prior disclosures or undertakings made, including those in registration statements. It would not be surprising if closed-end funds, industry groups, and activist investors provide significant feedback to the SEC and the SEC issues further statements taking into account that feedback. Nonetheless, in the interim, the withdrawal of the Boulder Letter and the SEC staff’s newly-expressed openness to prudently-considered defensive measures may increase the comfort of closed-end funds and their boards in implementing such measures and may well impact shareholder activism, engagement with large shareholders, and contested solicitations.

4 Of the three states that are the most common states of organization for registered investment companies, Maryland and Massachusetts have control share statutes while Delaware does not.

7 Arguably, the SEC staff’s position in the Boulder Letter that every share must have equal voting rights was not consistent with prior SEC staff positions regarding voting rights in a variety of circumstances, including allowing registered funds to use a “one vote per dollar” or dollar-based voting structure, see, e.g., Sentinel Group Funds, Inc., SEC No-Action Letter (Oct. 27, 1992), and allowing funds to issue preferred stock with a greater number of votes per share than the common stock issued by the same fund, recognizing the greater economic investment per share of preferred stock, see, e.g., Drexel Burnham Lambert Inc., SEC No-Action Letter (June 14, 1989).

8 Subsequent to the issuance of the Boulder Letter, SEC staff disclosure examiners in certain instances included comments on closed-end fund registration statements, which require an SEC order of effectiveness, that closed-end funds opt out of the MCSAA if they had disclosed that they had opted in and delete language suggesting that they had the power or intention to opt in to the MCSAA. 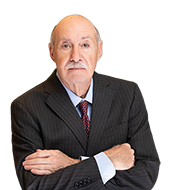 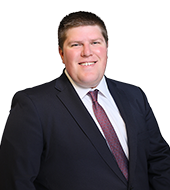