This alert summarizes recent rules implementing the federal independent dispute resolution (IDR) process under the No Surprises Act (the Act). In a nutshell, the federal IDR process is the process in which arbitrators decide certain disputes between providers and payors that qualify as “surprise billing” situations under the Act.

Congress enacted the Act in December of 2020, with an effective date starting 1 January 2022. The Act seeks to protect patients from what has become referred to as “surprise medical bills” in certain emergency and nonemergency settings for out-of-network patients. We published an overview of the Act’s arbitration provisions on 12 February 2021 here.

On 1 July 2021, several federal agencies (the Agencies)1 issued an Interim Final Rule (the July IFR), implementing certain aspects of the Act. The July IFR, among other things, implemented methods of calculating the so-called Qualifying Payment Amount (QPA), which plays an important part in the new rules discussed below. We published two separate alerts on the July IFR here and here.

On 7 October 2021, the Agencies published a second Interim Final Rule (the October IFR or the IDR Rule) detailing, among other things, the specific mechanics of the federal IDR process. This alert focuses on those mechanics. Key takeaways include:

As explained in the Act and the IDR Rule, arbitrators will be employed or contracted by “certified IDR entities,” which simply means arbitration service providers approved by the Agencies. Thus, this alert will interchangeably use the terms “certified IDR entity” or “arbitrator.”

Key Aspects of the IDR Process

The most unexpected and controversial aspect of the IDR Rule is the emphasis on the QPA as the presumptive determinative amount. The QPA is the payor’s median contracted rate, as calculated according to the methodology at 45 C.F.R. § 149.140. In the July IFR, the Agencies explained that the QPA will generally be a payor’s median in-network rate for: (a) the same or similar services, (b) furnished in the same or a similar facility, (c) by a provider of the same or similar specialty, (d) in the same or similar geographic area. Calculation of the median rate will be based on payors’ rates as of 31 January 2019, adjusted for inflation going forward.2

The most significant takeaway from the IDR Rule is that the QPA is now the presumptive out-of-network rate that an IDR entity must select absent credible evidence that the payor’s QPA would be inappropriate under the circumstances. Providers have argued that placing so much emphasis on the QPA is problematic in numerous respects: First, the payor’s median contracted rate could potentially be a black box, over which payors have access and control and providers do not. Second, what are considered “similar services” in this calculation? Moreover, the relevant “geographic area” will be a point of contention. All of these points will be areas of argument and debate in arbitrations conducted under this IDR process.

Other Factors Arbitrators May Consider

Parties may submit evidence to arbitrators in an effort to rebut the QPA presumption. Such evidence may relate to the following factors:

The same general factors apply to air ambulance providers, with additional factors such as: (a) the location where the patient was picked up and the population density of that location, and (b) the air ambulance vehicle type and medical capabilities.4 These factors were set forth in the Act and reiterated in the IDR Rule.

Factors Arbitrators May Not Consider

Once the certified IDR entity is confirmed, the parties must submit to the appointed arbitrator an offer for a payment amount. The offers must be submitted within 10 business days after selection of the IDR entity and must be expressed as both a dollar amount and a percentage of the QPA. The appointed arbitrator must then select the offer closest to the QPA unless the arbitrator determines that credible information submitted by either party clearly demonstrates that the QPA is materially different from the appropriate out-of-network rate, based on evaluation of the factors described in Part I(B) above.

Other Aspects of the Arbitration Process

The IDR Rule fills in some of the interstices in other arbitration process aspects of the Act.

If the parties are unable to reach agreement on the out-of-network rate by the last day of the Open Negotiation Period, either party may initiate the IDR process within four business days after the close of the Open Negotiation Period. To initiate the IDR process, a party must notify the other party and notify the Agencies through the Federal IDR Portal (Notice of IDR Initiation). The parties may jointly select an IDR arbitration service provider or the Agencies will select a certified IDR arbitration service provider within six business days following the Notice of IDR Initiation.8

Who Is the Arbitrator?

What Type of Arbitration

As previously referenced, the IDR Rule confirms that the “baseball-style” arbitration process described in the Act will be implemented.10 This is a very specific type of arbitration that is not the typical process. In a baseball arbitration:

The IDR Rule confirmed the case batching method set forth in the Act. That is, multiple cases can be batched together in a single arbitration proceeding to encourage efficiency, but those batched cases must involve:

However, the IDR Rule preamble notes that the Agencies are soliciting comments on potential alterative batching periods under certain circumstances.16

The IDR Rule confirms the “loser pays” model imposed in the Act, where the administrative costs of arbitration are imposed on the losing party. Presumably, this is intended to encourage settlement and deter overly aggressive positions on either side. The IDR Rule provides that both sides pay the certified IDR entity’s fee upon filing their respective submissions. Then, within 30 business days of the award, the prevailing party is rebated its fee.17

Per the Act, the party that initiates the arbitration process is “locked out” from taking the same party to arbitration for the same item or service for 90 days following a decision. The goal of this provision is to encourage settlement of similar claims. Any claims that occur during the lockout period, however, qualify for arbitration after the period ends. The IDR Rule confirmed this process and specified that the 90-day period will be calculated as 90 calendar days.18

The October IFR also sets forth a separate IDR process specifically for air ambulance services in 45 C.F.R. §§ 149.510 and 149.520. That process incorporates the previously discussed IDR process, but it adds some additional considerations unique to air ambulances.20

What to Expect Next

Although the Agencies are accepting comments during the 60-day period between 7 October and 6 December 2021, the October IFR is effective 1 January 2022. Providers with any level of out-of-network exposure should be assessing how to approach this arbitration process in order to be prepared for the January 2022 implementation.

K&L Gates’ Health Care practice has teams of health care litigators who handle disputes (including arbitrations) on behalf of providers against payors. Our firm routinely monitors developments in this area, and our attorneys are available to assist providers in disputes arising under this new Act, the IFRs, and related provisions.

13 If a losing party in arbitration refuses to comply with the arbitration award, the award is enforceable in a court (i.e., confirming an award).

14 In rare circumstances, arbitration awards are vacated by courts.

18 This diverges from the business day calculation that the IDR Rules imposes for most time frames. 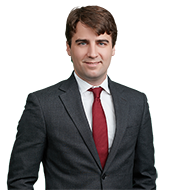