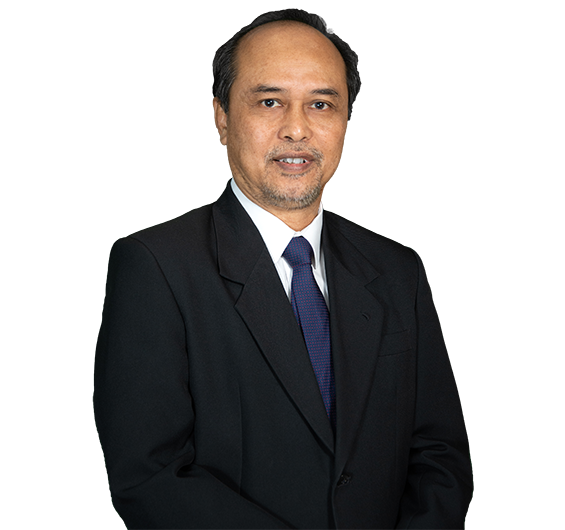 Ahmad Khalis is involved in a range of matters including commercial and corporate transactions, mergers and acquisitions, joint ventures, real estate, construction law, and banking and loan documentation (both bi-lateral and syndicated) for Singapore and foreign companies. He is also retained by several Singapore branches of foreign banks, and advises on a myriad of Singapore-law related issues, including banking, commercial contracts, regulatory compliance, and general law.

Ahmad graduated from the National University of Singapore in 1985 and was called to the Singapore bar in 1986. He was in private practice from 1986 to 2005. He dealt with property, trusts, estates, corporate, criminal, Muslim law, family and civil litigation. He was the first chairman of the Law Society’s Muslim Law Practice Committee.

He was an elected Member of Parliament from 2001 to 2006. He was vice-chairman of the GPC for Law and Home Affairs Ministries.