The substantive changes introduced by the Amending Law relate to, amongst other things, the governance of companies; anti-money laundering and counter-terrorist financing (AML/CTF); attendance and voting at general assembly meetings; disclosure and reporting requirements; conflicts of interest; and ownership of shares by subsidiaries. The Amending Law also introduces changes to align the Companies Law with the Qatar Financial Markets Authority (QFMA) Board Decision Number 5 of 2016 issuing the QFMA’s Governance Code (the QFMA’s Governance Code). The key changes introduced by the Amending Law include:

The Amending Law strengthens the rules on conflicts of interest and recognises the concept of senior executive management. The Amending Law requires the chairman, members of the board of directors, and senior executive management of a public shareholding company to periodically disclose to the general assembly the positions they occupy, whether in a personal capacity or as representatives of other legal persons. A member of the senior executive management of a company is not permitted to participate in any business or activity that competes with the business or activity of the company, unless approval is obtained from the general assembly. This restriction on participation in competing business previously only applied to the chairman and members of the board of directors.

In addition, the Amending Law prohibits the chairman of a listed company from acting as a member of any board of directors’ committee specified in the QFMA’s Governance Code, including the Audit Committee, Nomination Committee and the Remuneration Committee.

In addition to the above, the Amending Law introduces a number of additional measures that a chairman, board of directors and senior executive management of a public shareholding company must comply with, including but not limited to disclosure to the board of directors or the general assembly (as applicable) of any direct or indirect interest in the transactions of the company.

Furthermore, the authority of the chairman has been expanded under the Amending Law to allow the chairman to delegate powers not only to the board of directors, but also to the senior executive management. The chairman has to specify the duration and subject matter of such delegation.

An important change introduced by the Amending Law allows the articles of association of a public shareholding company to provide a class of shares with privileges with respect to voting rights, profits, liquidation, or other matters. The requirements and conditions of preferred shares will be determined by a decision of the Minister of Economy and Commerce (the Minister).

The Amending Law stipulates that the Minister will issue regulatory decisions for the purposes of satisfying the requirements set forth in the AML/CTF Law Number 20 of 2019. These regulatory decisions will determine the data and records of companies that must be maintained, and the manner in which such data may be accessed and disclosed to the regulators. Additionally, the decisions will determine the requirements of and duration for maintaining the data, and the procedures that the shareholders and managers must comply with regarding disclosure of information.

The Amending Law stipulates that a general assembly meeting of a public shareholding company may be held through means of modern technology, and that shareholders may attend and vote in general assembly meetings through electronic means, in accordance with the guidelines specified by the Ministry of Economy and Commerce (the Ministry) and the QFMA.

Furthermore, under the Amending Law, the board of directors is required to invite shareholders to attend a general assembly meeting at least 21 days before the meeting is held, as opposed to the previous timeline of 15 days.

Previously, the shareholders of a public shareholding company were not permitted to take decisions in extraordinary general assembly meetings to alter the objects of the company set out in its articles of association. This is no longer the case under the Amending Law, which allows shareholders to take such decision, subject to the terms and conditions in the Companies Law.

Listing on the Qatar Stock Exchange 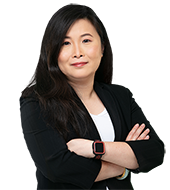 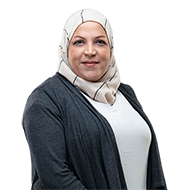