On 8 May 2017, the German Federal Financial Supervisory Authority (Bundesanstalt für Finanzdienstleistungsaufsicht-“BaFin”) issued a General Administrative Act (Allgemeinverfügung) restricting the marketing, distribution and sale of financial contracts for difference (“CFDs“) insofar as they may give rise to an additional payments obligation for investors (VBS 7-Wp 5427-2016/0017). With the General Administrative Act passed, BaFin has, for the first time, prohibited the sale of certain investment products to retail clients. The restriction becomes effective as of 10 August 2017.
BaFin’s General Administrative Act is of particular interest to any CFD broker offering CFDs on the German market (i.e. targeting German investors) since it imposes a sanctioned ban on the marketing of certain CFD products. The following alert provides CFD brokers with an insight on the scope and the background of BaFin’s administrative measure.

Affected Financial Instruments
The newly imposed restriction is intended to cover financial contracts for difference within the meaning of Section 2 paragraph 2 No. 3 of the German Securities Trading Act (Wertpapierhandelsgesetz-WpHG). These transactions, which are also known as CFDs, are typically contracts between two parties where the mutual payment obligations depend on the performance of an underlying instrument, asset or benchmark, e.g. a share or an index (“Underlying”). Upon termination, or closing of the contract, the party “against whom” the Underlying has developed has to pay to the other party the difference (differential amount) between the price of the Underlying upon the opening of and the price upon the closing of the CFD position (which may also be determined by the CFD provider).
When the contract is opened, the investor only has to provide a fixed percentage of the actual value of the transaction on a trading account with the CFD provider (the so-called “Margin”), which results in a more or less pronounced leverage, depending on the agreed amount of the Margin. This leverage results in the investor participating in the performance of the Underlying on a disproportionate basis, in comparison to a direct investment. If the Underlying develops in favor of the investor, the investor may make considerable profits with minimal capital. However, if the Underlying does not develop as expected by the investor, the investor may not only lose its entire investment but may also be obliged to pay additional capital. CFDs, which do not provide for such additional payment obligation, are not in scope of the newly passed marketing restriction.

Significant Investor Protection Concerns of BaFin
To the extent that CFD transactions are made with retail clients (within the meaning of Section 31a paragraph 3 WpHG), BaFin has significant investor protection concerns as, according to its assessment, an unforeseeable risk of loss arises, which encompasses not only the capital invested, but also other assets of the retail client. These concerns are based in particular on the complexity of the performance calculation. In BaFin’s view, the leverage effect of CFDs quickly results in losing control over market developments and makes it nearly impossible for an average retail client to anticipate the likelihood of losses and, consequently, the chance of a successful investment. BaFin also considers it particularly problematic that the effects of the leverage are not limited to the capital provided for trading purposes, resulting in the risk of an additional payment obligation, the amount of which cannot be anticipated by the retail client (additional payment obligation). BaFin also sees this as particularly risky since, from an economic view, retail investors are offered the possibility of speculation on credit. In addition, BaFin also considers the calculation of the Underlying not being transparent in the case of so-called "price gaps", since in this case, the CFD provider has a wide range of discretion in determining the price of the Underlying, and the market and material fairness of exercising this discretion is, in BaFin’s view, not verifiable for the retail client. An effective limitation of the risk of loss (for example, by the Margin call procedure, by stop-loss orders or by guaranteed stop-loss orders) is considered as being impossible by BaFin.

Legal Basis
BaFin bases its action on the product intervention powers provided by Section 4b paragraph 1 No. 1 and paragraph 2 WpHG, which include, inter alia, the right to restrict the marketing, distribution or sale of specific financial instruments provided that a financial instrument gives rise to significant investor protection concerns which can be remedied by this action and if the action is adequate. BaFin considers these conditions to be fulfilled. The aforementioned powers were inserted in the WpHG in 2015 and have anticipated the product intervention right provided (but not yet being applicable) at European level by the MiFIR (Regulation (EU) No 600/2014).

Similar Measures within the European Union
The restriction of CFD trading, which has now been implemented by BaFin, is not the only supervisory measure taken in the European Union in relation to CFDs. Similar measures have already been implemented in Poland, France, Belgium, the U.K. and Malta. In addition, the European Securities and Markets Authority (“ESMA”) and the European Banking Authority warned private investors on 28 February 2013 that the purchase of CFDs could result in losses that significantly exceed the initial investment. Furthermore, ESMA issued another warning on CFDs and other speculative products on 25 July 2016, which had the effect of stigmatizing the marketing of CFDs.
The marketing restriction on certain CFDs is the first official general product intervention measure imposed by BaFin. In general, it affects any market participant offering CFDs with additional payment obligation in Germany. It also applies to foreign CFD brokers if targeting the German market. CFD brokers should promptly evaluate their chance to successfully challenge BaFin’s General Administrative Act which imposes the marketing restriction and, if planning to continue the marketing of CFD in Germany, scrutinize and revise their product offerings in order to comply with the restrictions as of 10 August 2017. 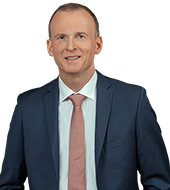 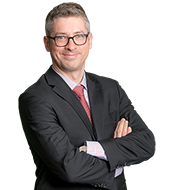 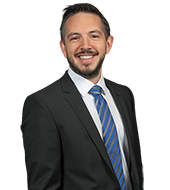