The U.S. Bankruptcy Court for the District of Delaware recently granted in part and denied in part dismissal in favor of the defendant car manufacturer in a fraudulent transfer adversary proceeding brought by the Chapter 11 trustee in Emerald Capital Advisors Corp. ex rel. FAH Liquidating Trust v. Bayerische Motoren Werke Aktiengesellschaft (“BMW”) (In re FAH Liquidating Corp.).[1] In its order, thecourt concluded that transactions occurring predominately outside the United States may nonetheless be subject to the trustee’s power to avoid fraudulent transfers under the United States Bankruptcy Code (“Bankruptcy Code”). In doing so, the court joined a growing number of courts reaching a similar conclusion. Thereafter, the court allowed the plaintiff to proceed with its fraudulent transfer claim against BMW, but reduced the amount at issue from approximately $32.5 million to $793,761.87 because the majority of the transfers at issue occurred outside the two-year fraudulent transfer period under 11 U.S.C. § 548. However, the court allowed the liquidating trust’s alternative unjust enrichment claim to proceed in the full amount of nearly $32.5 million.

Background
Fisker Automotive Holdings, Inc. and Fisker Automotive, Inc. (collectively, “Fisker”), designed and manufactured plug-in electric hybrid cars. In 2011, Fisker contracted with BMW, a German corporation, for BMW to provide engines, powertrains, and chassis parts to be incorporated in its electric cars. The agreements provided that they would be governed by German law with exclusive jurisdiction in Munich, Germany and required Fisker to make numerous payments at designated intervals, including upon signing. As a result, Fisker made payments to BMW in June, July, and December of 2011 and April of 2012 totaling $32,579,798.87 (the “Payments”). The plaintiff alleged that BMW did not deliver engines or other products to Fisker under the agreements. On November 22, 2013, Fisker filed its Chapter 11 bankruptcy petition.[2]

Under the plan, a liquidating trust was formed, which, among other things, initiated an adversary proceeding against BMW attempting to recover the Payments as alleged fraudulent transfers under § 544 and § 548 of the Bankruptcy Code and the allegedly applicable California or Delaware law. The complaint also asserted a claim for unjust enrichment. BMW opposed the trustee’s motion and argued that the Payments were not subject to § 548 because (i) the Payments were extraterritorial, occurring in Germany, not in the US, (ii) most of the Payments occurred more than two years prior to the debtor’s petition date, and (iii) the complaint failed to adequately allege Fisker’s insolvency. BMW also argued that the Payments were not subject to forfeiture under § 544 because German law governed the transaction and did not provide a state-law remedy for the trustee.[3]

The Court’s Decision
In ruling on BMW’s motion to dismiss, the court found the Payments to be extraterritorial in nature.  However, the court rejected BMW’s argument that the fraudulent transfer provisions of § 548 do not apply to extraterritorial transfers (i.e., those for which the “center of gravity” is outside the United States), concluding that § 548 applies to property everywhere in the world because any property recovered by a debtor or trustee becomes property of the estate under § 541 and the estate should have access to its property regardless of where it may be located.[4]

After determining that the complaint sufficiently pleaded that Fisker did not receive reasonably equivalent value in the form of materials, services, or otherwise from BMW after making the Payments and that Fisker had been insolvent for several years prior to the Payments, the Court allowed the trustee’s § 548 claim to proceed in part. Nonetheless, because Fisker made only three transfers to BMW within two years of its petition date, the Court limited the trustee’s claim under § 548 to $793,761.87 – the amount of those three payments.[5]

Next, the Court reasoned that German law, rather than Delaware or California law, governed its analysis of state-law fraudulent transfers under § 544 because the parties’ most significant contacts in connection with their agreements were in Germany. Specifically, (i) the agreements provided that they would be governed by German law with German jurisdiction, (ii) the agreements centered on BMW’s obligation to develop manufacturing facilities and produce engines for Fisker in Germany, and (3) the Payments were made in Euros and deposited in Europe. Because German law did not provide a remedy for the trustee under § 544, the Court dismissed the claim.[6]

Finally, the Court allowed the trustee’s claim for unjust enrichment to proceed for the full $32,579,798.87 amount of the Payments. In doing so, the Court recognized that the complaint pleaded that Fisker made the Payments to BMW with the expectation of receiving a service and materials in return and that BMW allegedly did provide the service or materials. While the Court recognized that the existence of the agreements between the parties might preclude a recovery under the theory of unjust enrichment at a later stage in the proceedings, the Court allowed the claim to proceed past the motion to dismiss stage as an alternative claim with the understanding that the trust’s other “claims may fail and leave [the trustee] without a remedy at law.”[7]

Impact
In reaching its conclusion, the FAH Court expressly concluded that the trustee’s avoidance powers under § 548 extend to extraterritorial transfers. In doing so, the Court significantly expanded the ability of debtors in possession and trustees to pursue defendants under § 548 for transactions occurring outside the United States.

Equally as important, the Court’s decision to allow the trustee’s unjust enrichment claim to proceed in the full amount of the Payments, while recognizing that recovery of the vast majority of the Payments under § 548 was barred, represents a broad expansion of the theories of alternative pleading and of potential liability for third parties outside the usual two-year look-back period for allegedly fraudulent transfers. By equitably broadening the scope of alleged fraudulent transfers, the Court has now subjected many transfers to scrutiny that may not otherwise be at issue in a fraudulent transfer action. As a result, businesses must remain mindful that all pre-petition transactions with a potentially insolvent party are likely to be evaluated as a source of potential claims. 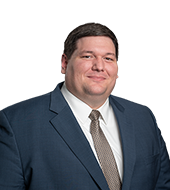