*This information is accurate as of 7.00 pm Monday 30 March 2020 and is subject to change as this situation evolves.

In light of the current global circumstances due to the COVID-19 pandemic, the Australian Government has announced a key change in Australia's foreign investment framework.

To date, the position has been that non-government foreign investors (including individuals, companies, trustees and governments) may need to apply for foreign investment approval prior to entering into a proposed transaction to acquire interests in Australian securities, assets or land, depending upon the various monetary thresholds and the nature of each transaction (eg whether or not the investor is from a free trade agreement partner country).

Effective from 10.30 pm AEDT on 29 March 2020, the monetary threshold for all foreign investments will be nil such that all proposed foreign investments into Australia subject to the Foreign Acquisitions and Takeovers Act 1975 (the Act) will now require approval (ie irrespective of the value of the investment or the nature of the foreign investor).

The additional Government oversight is aimed at ensuring investments are not contrary to the national interest (including economic and national security) given the likely rise of opportunities to invest in distressed assets and the possibility of debt restructuring.

Whilst the Foreign Investment Review Board (FIRB) is currently reviewing its guidance in light of this significant change, what we do know at this stage is the following:

Commercially, for relevant transactions, it will become increasingly imperative to assess whether the purchaser(s) are 'foreign persons' for the purposes of the Act. If so, those deals would need to insert FIRB approval as a condition precedent to the formation of the purchase agreement. Timing for completion of transactions will also be impacted and needs to be taken into account – there could be a six month period until completion.

The earlier general position was that, proposals by non-government investors to acquire an interest of 20% or more in any business valued at more than AUD275 million (or the higher threshold of AUD1,192 million for acquisitions in non-sensitive businesses by agreement country or region investors from the United States of America, New Zealand, Chile, Japan, the Republic of Korea, China, Singapore, a country (other than Australia) for which the Comprehensive and Progressive Agreement for Trans‑Pacific Partnership, done at Santiago on 8 March 2018, is in force (CPTPP) (as at 1 January 2020, the CPTPP is in force for: Canada, Japan, Mexico, New Zealand, Singapore and Vietnam), and the region of Hong Kong, China) required prior approval. Lower thresholds applied for investments in the media, agribusiness or where the investment is in an Australian land entity.

Foreign persons needed to notify before acquiring an interest in developed commercial land only if the value of the interest is more than the relevant notification threshold. The general notification threshold for developed commercial land is AUD275 million unless the proposed acquisition is considered to be sensitive, in which case the threshold is AUD60 million.

If the foreign person is from an agreement investor country or region, the threshold is generally AUD1,192 million regardless of whether the land is considered sensitive.

Land on which the only dwellings are commercial residential premises are considered developed commercial land and includes:

Investments in agricultural land by non-government investors were subject to a cumulative threshold of AUD15 million unless the investor was from Thailand, where a AUD50 million threshold previously applied or Chile, New Zealand or the United States of America where a AUD1,192 million applied. 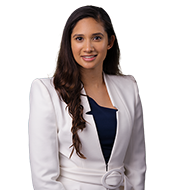