COVID-19: Effects on Payment Obligations of Tenants in Germany

Due to the COVID 19 pandemic (hereafter, “COVID-19”), the closure of numerous shops and other businesses has been ordered by the authorities. Other shops and businesses are suffering losses in sales, some of them severe. As a result, many tenants will find themselves in an economic predicament and will be unable to pay their rent, at least temporarily. The question has therefore already been raised several times as to whether tenants are still obliged to pay rent during the current situation.

A debtor does not have to make an impossible performance. However, a debtor of money (e.g. tenant) cannot invoke this. Impossibility is assessed in German law on the basis of objective standards. It would therefore have to be impossible – regardless of the debtor’s personal abilities – for a third party to make the payment or, more specifically, to pay the rent. However, objective monetary payments are still possible. A tenant’s lack of liquidity does not constitute an impossibility of payment. A tenant in financial difficulties therefore cannot invoke impossibility of payment.

Nor is it impossible for the landlord to provide the performance owed under the contract (granting of the rental object), which would lead to the tenant’s obligation to pay the rent falling away.

In the current situation, the official orders concern the closure of a tenant’s businesses to prevent the further spread of COVID-19 (e.g. educational institutions, clubs, pubs, retail outlets) In these cases, the business operators (tenants) are the addressees of the official closure orders and not the landlord as the owner of the affected properties. The tenant is prevented by the official order alone from using the rented property in accordance with the purpose of the lease. This risk is generally the responsibility of the tenant. Since the landlord continues to offer and may offer the leased property for use, the tenant is still obliged to pay rent.

Normally, lease agreements do not contain provisions on the occurrence of a global pandemic, which is now, however, having a lasting impact on many leases.

The closure orders effectively result in a devaluation of the rental object for the tenant. While the rent for the landlord has a constant value, the granting of the rental object to the tenant during the closure period is effectively worthless. In principle, the risk of devaluation of the non-cash benefit falls within the tenant’s sphere of risk; an adjustment is only necessary in exceptional cases if the balance between benefit and consideration is significantly disturbed. In this respect, the duration of the loss of use and the remaining term of the lease agreement must be taken into account. Whether a sufficiently serious disturbance is to be assumed is then to be assessed in each individual case.

Only a significant change in the circumstances which became the basis of the contract can justify an adjustment of the contract. A two-month closure may be easy to cope with over a remaining term of several years. If, on the other hand, one looks only at the closure period, the effects are certainly serious. So, here too, it depends crucially on the perspective of the person making the assessment and on an assessment of the circumstances of the individual case.

The unchanged fulfilment of the contract must also be unreasonable for the tenant in the end. This means that adherence to the contract must lead to unacceptable results that are not compatible with law and justice.

It can therefore be stated that there are high hurdles to the assumption of a frustration of contract. In many situations, a claim for rent adjustment will have to be rejected, at least in the case of lease agreements that are still running for a long time. Rather, only in specific individual cases will the aim be to find short-term interim solutions with tenants who have run into economic difficulties.

Law on Mitigation of the Consequences of COVID 19 on Civil, Insolvency and Criminal Procedure Law

It stipulates, inter alia, that the landlord’s right to terminate leases of land and premises shall be excluded to the extent that such right is based on non-payment of rent in the period from 1 April 2020 to 30 June 2020 and such non-payment is due to COVID 19. The federal government is granted the right to extend the restriction on termination by ordinance to payment arrears arising in the period from 1 July 2020 to 30 September 2020 at the latest. Tenants have until 30 June 2022 to settle the accumulated rent debts.

In doing so, the legislature is initially following the view that COVID 19 does not remove the obligation of tenants to pay rent. Rather, the intention is merely to mitigate the consequences of late payment by temporarily excluding the right of termination.

In particular, the following should be noted:

Avoidance of Insolvencies and Bridging Agreements

Even after the current act, the tenants’ obligation to pay rent remains the same, regardless of whether they are residential or commercial tenants.

Irrespective of this, a landlord may have an interest, especially in the case of commercial tenants, in avoiding over-indebtedness or insolvency and thus the threat of insolvency of a tenant. Then, not only the loss of future rents is in danger, but also additional repayment demands of future insolvency administrators regarding the period of the threatening insolvency. Added to this are lost investments and letting costs, such as for landlord improvements or landlord subsidies.

The public sector has promised the economy a series of support measures to ensure the stability of the German economy. It is up to the distressed companies to take advantage of this support. However, hedging against rent losses is not under discussion. It is therefore essential to ensure the solvency of tenants. With the above-mentioned law to mitigate the consequences of COVID 19, the legislature has also relaxed the strict requirements for filing for insolvency, at least temporarily. Landlords and tenants thus have greater scope for short-term measures to secure the continued existence of their tenancies.

In this respect, it may therefore be advisable for a landlord to agree on deferrals or rent reductions for a limited period of time. Deferral agreements should also include instalment plans for the later payment of deferred amounts.

For such contracts, however, at least the following aspects must be considered:

Both the impact on existing financing and the possible consequences in the event of the tenant’s insolvency call for an early and rapid response to serious enquiries from tenants regarding the reduction or deferral of rent payments.

Even though tenants are not entitled to an adjustment of rental payment obligations after all this, in the current situation, it may make sense in the long term for landlords to conclude special arrangements with tenants for a limited period of time. These should be agreed in the form of supplements to the rental agreements.

The situation created by the so-called “corona crisis” is unprecedented in Germany, which is why there is no sound case law on the legal issues involved. Developments occurring in the period after 25 March 2020 are not considered in this memo. The statements in this memo are not intended to replace legal advice in any particular case, and K&L Gates LLP assumes no liability for the statements and legal assessments contained therein. This memo may not be disclosed to third parties without our express prior consent.

For further advice, please reach out to your contact person at K&L Gates LLP at any time. 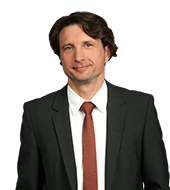 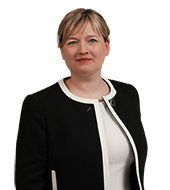