On 24 July 2021, the State Administration for Market Regulation (SAMR) of the People’s Republic of China (PRC) made and announced an administrative penalty decision  in the case concerning the illegal concentration of undertakings arising from Tencent Holdings Limited’s (Tencent) acquisition of shares of China Music Corporation (CMC).

Since the promulgation of the PRC’s Anti-Monopoly Law (AML) 13 years ago, this is the first case in which an operator who failed to report the concentration of undertakings to SAMR for prior clearance was ordered to take necessary measures to “restore [its] pre-concentration status.”

This alert will briefly analyze this recent case to raise awareness of the importance of complying with AML provisions during mergers and acquisitions (M&A) in the PRC. It will also propose changes for AML enforcement practices in the PRC.

Brief Summary of the Case

On 12 July 2016, Tencent acquired 61.64% of the shares in CMC by transferring certain business of Tencent, mainly the QQ Music business, to CMC as consideration, through which Tencent gained a majority control over CMC after the acquisition. In December 2016, the integrated CMC changed its name to Tencent Music Entertainment Group (TME). On 6 December 2017, the registration of the change of shareholding related to the transaction was completed. Prior to the completion of such registration, Tencent did not report the concentration of undertakings to SAMR.

SAMR concluded that Tencent’s acquisition of CMC without report to SAMR constitutes a concentration of undertakings in violation of the AML. In drawing this conclusion, SAMR held the following:

SAMR further found that the concentration of undertakings in this case has or may have the effect of excluding or restricting competition in the market of online music playing platforms in the PRC by taking into account factors such as the following:

SAMR imposed administrative penalties on Tencent and ordered it, among other things, to do the following:

Since the promulgation of the AML in 2008, there have been 112 cases involving failure to report concentration of undertakings in accordance with the law. Among these cases, this is the first case in which SAMR has ordered a company to “restore (the business integration as a part of the transaction) to the pre-concentration status” in order to eliminate the adverse impact on the relevant market competition. As such, this case should be viewed as a landmark decision.

Compared to a RMB500,000 fine, the penalty of “restoring the market competition status” imposed on Tencent in this case is much harsher and will significantly increase Tenant’s cost for violating the AML. It also will be burdensome to Tencent, as it is forced to restructure its business to comply with the SAMR order.

As part of the rectification measures, on 31 August 2021, Tencent and TME jointly issued a statement confirming that they have terminated most of the exclusive agreements with upstream copyright holders as of 23 August 2021; upstream copyright holders may license copyrights to other operators (Tencent and TME’s competitors) and will be exempted from any liability arising from such licensing.

While this is the first case in which a company has been ordered to “restore to the pre-concentration status,” the specific restoration measures ordered are focused on reversing the impact of the transaction on competition. To date, there has been no mandate for the parties involved to unwind the acquisition. However, it is advisable to monitor whether SAMR will require parties to unwind the transaction when Tencent completes the pre-merger control filing.

This case provides important guidance for domestic and foreign companies entering into M&A transactions in which customers of group companies of the parties in the M&A transactions are located in the PRC. When an M&A transaction is a reportable transaction under the AML, especially when the business cooperation resulting from the relevant concentration of undertakings may have an impact on market competition, the legal consequences of failure to report may be more than just an administrative fine of RMB500,000. Rather, this case shows that SAMR may also order parties to dismantle their investment arrangements, which can have a huge impact on the M&A transaction.

SAMR likely will continue to increase its level of supervision over business operations in the PRC in order to improve market competition. There will be additional important developments in this space. K&L Gates’ competition team recommends companies with possible interests in the PRC closely monitor these developments and their potential impact on business operations and strategies. Should you have any questions or concerns about the AML or other related legal developments and how such developments may impact your business strategies or activities, please reach out to the authors or other China-based lawyers for assistance. 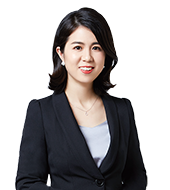 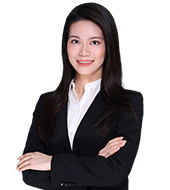