Most firms likely already have policies and procedures in place that address the requirements of Investment Advisers Act of 1940, as amended, Rule 206(4)-5 (the SEC Rule)1 and other similar rules with respect to political contributions made by the firm and its personnel. As the election heats up, it is important for investment advisers and other financial institutions to ensure that the appropriate individuals are aware of these policies and procedures, including any pre-clearing or self-reporting requirements. Given the U.S. Securities and Exchange Commission (SEC) staff’s strict interpretation of the SEC Rule, the low threshold for triggering the SEC Rule, as well as the draconian consequences of a violation, it is all the more important that the appropriate individuals are aware of their compliance obligations.

A “Covered Associate” includes: (i) any general partner, managing member or executive officer, or other individual with a similar status or function; (ii) any employee who solicits a government entity for the investment adviser and any person who supervises, directly or indirectly, such employee; and (iii) any PAC controlled by the investment adviser or by any person described in prongs (i) or (ii) above.

In addition, the SEC Rule has a potentially broad application given its catchall provision that prohibits a person from doing indirectly what the person would have been prohibited from doing directly.

Investment advisers and other financial institutions should also consider any other applicable pay-to-play rules. Such rules include those promulgated by the Municipal Securities Rulemaking Board (MSRB), the Commodity Futures Trading Commission (CFTC)2, and FINRA.3 These rules are similar in scope to the SEC Rule.

As mentioned, the SEC staff has strictly interpreted the SEC Rule, and violations for contributions that are slightly over the de minimis amounts have resulted in enforcement actions. Pursuant to enforcement actions, firms have been required to disgorge fees and pay monetary penalties. Accordingly, in light of the approaching 2020 election and the possibility of increased scrutiny by the SEC and other regulatory agencies, as well as contractual prohibitions, investment advisers and other financial institutions should review their compliance policies and procedures with respect to political contributions. Firms with questions regarding compliance with, or enforcement of, federal, state, or local pay-to-play rules should seek outside legal counsel.

1 For an in depth analysis on the SEC Rule, please see the previous K&L Gates alert, “Impact of Pay-to-Play Rules in the 2016 Election Cycle.”

2 For additional details on the pay-to-play rules promulgated by the MSRB and CFTC, please see the previous K&L Gates alert, “Impact of Pay-to-Play Rules in the 2016 Election Cycle.” 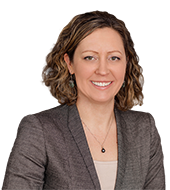