For the first time since 2014, the Department of Justice’s (DOJ) Foreign Corrupt Practices Act (FCPA) Unit has issued an opinion responding to a request for advice on compliance with the anti-bribery provisions of the FCPA. DOJ FCPA advisory opinions appear infrequently—only 62 in total since 1980—and have not been a particularly useful indicator of enforcement trends over the years. Historically, for most companies that uncover potential corruption issues during pre-acquisition due diligence, obtaining an FCPA opinion has proven impractical because DOJ can take months to render an opinion. But that may be changing. Recent comments from a senior DOJ official indicate greater flexibility on DOJ’s part and an awareness of the need to shorten the review process. Accordingly, if the circumstances and timing of a particular transaction permit, companies should keep in mind that seeking an advisory opinion from the DOJ remains an option—and a way to demonstrate to DOJ the company’s commitment to proactive anti-bribery compliance.

Following enactment of the FCPA in 1977, Congress directed DOJ to set up a process by which issuers and domestic concerns could seek the government’s opinion on whether certain conduct conformed to DOJ enforcement policies for the FCPA’s anti-bribery provisions. DOJ responded by promulgating regulations for its FCPA Opinion Procedure,1 last updated in 1999, which details how to solicit an FCPA opinion from the government. An opinion in which DOJ certifies that certain conduct comports with DOJ’s anti-bribery enforcement policies creates a rebuttable presumption that the conduct does not violate the FCPA.2 FCPA opinions are binding only on DOJ, not other federal regulators or enforcement agencies.3

Per DOJ’s regulations, FCPA opinion requests must be:

If DOJ does not believe that a submission contains sufficient information, it will request supplemental submissions that have the potential to lengthen the opinion process significantly, as was the case with the 14 August 2020 opinion.5

Since 1980, DOJ has issued 62 advisory opinions6 on a wide range of issues pertaining to the FCPA’s anti-bribery provisions, including:

The opinions are published on the FCPA Unit’s website, but any materials submitted pursuant to the FCPA Opinion Procedure are exempt from public release under the Freedom of Information Act,9 as are materials generated by DOJ during the process.10 DOJ reserves the right to describe in the opinion, without using specifically identifying information, the “identity of the requesting issuer or domestic concern, the identity of the foreign country in which the proposed conduct is to take place, [and] the general nature and circumstances of the proposed conduct.”11 Additionally, and somewhat ominously, DOJ asserts that it “may conduct whatever independent investigation it believes appropriate” in connection with a request for an FCPA opinion.12

Based on the facts and circumstances the requestor submitted, DOJ concluded that it would refrain from enforcement action because there was “no information evincing a corrupt intent to offer, promise, or pay anything of value to a foreign official” in connection with the payment.15  DOJ’s reasoning was threefold.  First, the requestor made the payment to the bank’s foreign subsidiary, not to an individual. Second, there was no indication that the requestor intended or believed that the fee would be diverted to an individual. Instead, the facts showed that the payment would be deposited into the foreign subsidiary’s corporate account and used for the general corporate purposes of the subsidiary.  Third, the requestor sought and received a legitimate service from the foreign subsidiary and the payment was both commercially reasonable and commensurate with the service provided.16

DOJ took nearly nine months to issue the opinion, the request for which was originally submitted in November 2019. Pursuant to DOJ requests for supplemental information, the requestor made additional submissions in January, February, June, and July 2020.17

Should My Company Consider Seeking an FCPA Advisory Opinion From DOJ?

Given the relatively scant number of opinions issued over the last four decades, it seems clear that seeking DOJ’s advice prior to a transaction with FCPA implications has not become a standard component of a company’s pre-acquisition due diligence review or FCPA compliance procedures.

Several factors account for this. First, only prospective conduct can be the subject of an FCPA opinion.  If an acquisition has already occurred or a deal has been finalized, DOJ will not opine on the conduct in question. Second, obtaining an opinion can take a long time, especially when the government makes requests for supplemental information. Third, although FCPA opinions do not contain specific identifying information about a requestor, the opinions are publically available and can reveal potentially sensitive details about a transaction that a requestor may not necessarily want to broadcast to its respective industry, competitors, or another regulatory agency. Fourth, it is common for acquiring companies to have incomplete access to records of a target company’. Obtaining the information necessary to complete a request for an FCPA opinion may be too burdensome given limited access to information and timing constraints inherent to a transaction.

DOJ has, however, recently signaled a willingness to accommodate requestors’ needs. In a 2018 speech, former DOJ Criminal Division Deputy Assistant Attorney General Matthew Miner encouraged companies, particularly in the context of mergers and acquisitions, to consult DOJ when they discover evidence of potential wrongdoing.  Acknowledging that an opinion request “may take a little more time,” Miner noted that DOJ can sometimes expedite the process and accommodate a requestor’s circumstances.18  Whether DOJ can deliver on that assurance in a meaningful way remains to be seen, but it’s fair to say that the more than two years separating Miner’s comments and the issuance of the August 2020 opinion appears to reflect a continuing lack of interest in the process by companies engaging in transactions that may implicate the FCPA.

Nonetheless, seeking an FCPA opinion may be a valuable tool under appropriate circumstances, especially when timing and other aspects of a deal permit. In recent updates to its FCPA corporate enforcement policies, which we analyzed recently, DOJ reaffirmed the value of voluntary self-disclosure, proactive monitoring of business operations and third-party relationships, and timely remediation.  Like these measures, an FCPA advisory opinion that is timely sought and rendered can be another tool  in a company’s compliance toolbox to facilitate the smooth execution of a transaction and reduce, if not minimize, the emergence of post-acquisition FCPA risk and exposure to governmental scrutiny.

Lawyers from K&L Gates regularly counsel clients with respect to FCPA compliance programs and due diligence. Our lawyers have extensive experience handling antibribery and anticorruption matters, and many have handled these issues for several decades, in some cases back to the inception of the FCPA in 1977. For more information regarding this client alert, do not hesitate to contact the authors of this alert or any other member of the firm’s investigations, enforcement, and white collar practice group. 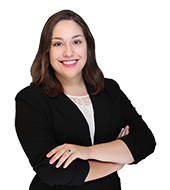