On September 27, 2018, the New York Appellate Division, First Department, reaffirming New York’s pro-arbitration policy and the limits of judicial review of arbitration awards in the United Sates, reinstated a US$100 million ICC arbitration award in favor of Daesang Corp. (“Daesang”) against NutraSweet Co. (“NutraSweet”) that had been partially vacated by a lower court on May 15, 2017.

The Lower Court’s Partial Vacatur of the Arbitration Award

The two arbitration awards in question (a partial-final award and a final award) were rendered in a New York-seated ICC arbitration, and in which the arbitral tribunal ultimately ruled in Daesang’s favor. The awards dismissed fraudulent inducement counterclaims advanced by NutraSweet in the arbitration because the tribunal concluded that New York law does not permit such claims to be based solely on contractual representations.

When Daesang moved to confirm the awards in the lower court, NutraSweet responded by cross-moving to vacate the dismissal of NutraSweet’s fraudulent inducement counterclaims. The lower court granted NutraSweet’s motion to vacate the awards to the extent they dismissed NutraSweet’s counterclaims for equitable rescission, fraudulent inducement, and breach of contract. The lower court also interestingly remanded the matter to the arbitration tribunal for “redetermination” of those claims on the basis of manifest disregard of the law. See Daesang Corp. v. NutraSweet Co., 58 N.Y.S.3d 873 (N.Y. Sup. Ct. 2017).

In particular, the lower court concluded that the arbitral tribunal's dismissal of the equitable rescission claim violated “the well-established principle” under New York law that a fraud claim can be based on a breach of contractual warranties where the misrepresentation pertains to a present fact and that a “careful reading of the transcript” demonstrates that there was no waiver of NutraSweet’s breach of contract argument. The lower court thus partially vacated the arbitration awards on the ground that the tribunal had manifestly disregarded the law. Daesang appealed.

The New York Appellate Division reversed the lower court and reinstated the awards.

Preliminarily, given the international elements of the dispute, the Appellate Division noted that the parties agreed that the enforcement of the arbitration award is governed by the Convention on the Recognition and Enforcement of Foreign Arbitral Awards of June 10, 1958 (generally known as “the New York Convention”), and by the U.S. Federal Arbitration Act (“FAA”). Indeed, the parties agreed that because the awards were rendered in the United Sates, the provisions of Chapter 1 of the FAA (9 U.S.C. § 208) govern whether the awards may be set aside or vacated, but the Appellate Division also found that the “[New York] Convention [art V, §§ 1, 2] and the FAA [9 U.S.C. § 207] mandate […] that a court ‘shall confirm [an arbitral] award unless it finds one of the grounds for refusal or deferral of recognition or enforcement of the award specified in the said Convention.’”

The specified grounds for refusal or deferral of recognition alleged by NutraSweet were that the arbitrators exceeded their powers, or so imperfectly executed them that a mutual, final, and definite award upon the subject matter was not made (citing to 9 U.S.C. § 10(a)(4)), and the “implied ground of manifest disregard of the law.”

In reviewing the alleged grounds to support NutraSweet’s position and the lower court’s partial vacatur of the arbitration awards, the Appellate Division held that to satisfy the very high standard of “manifest disregard for the law,” NutraSweet would have needed to prove that the arbitrator “knew of the relevant principle, appreciated that this principle controlled the outcome of the disputed issue, and nonetheless willfully flouted the governing law by refusing to apply it.” With respect to the dismissal of NutraSweet’s counterclaim for equitable rescission, the Appellate Division found that NutraSweet could not meet this “high standard” since it was plain from the arbitral tribunal’s ruling that the arbitrators “accept[…] the authority of the decision on which NutraSweet primarily relied [and] after analyzing the [the] case law offered by both sides,” made a good faith effort to apply the standard proffered by NutraSweet to the facts of the case, even though it, in the end did, not apply it as it found the case law cited by Daesang more compelling. Thus, according to the Appellate Division, the arbitral tribunal at most committed a mere error of law finding that the equitable rescission counterclaim was not viable under New York law, and therefore the awards did not suffer from “manifest disregard of the law.” “Manifest disregard of the law ‘requires more than a simple error in law or a failure by the arbitrators to understand or apply it,’” and as many courts interpreting the FAA have held, under the doctrine of manifest disregard, arbitrators are given “extreme deference.”

In reversing the lower court, the Appellate Divisions not only stressed that it is a “high standard” to establish manifest disregard of the law in New York, rarely resulting in the basis of vacatur, but it also reiterated the long-held principle that judicial review of arbitration is “extremely limited,” and that awards must be upheld where the arbitrator offers “even a barely colorable justification for the outcome reached.” The Appellate Division noted that order of the lower court partially vacating the arbitration “cannot be justified under the ‘emphatic federal policy in favor of arbitral dispute resolution’ embodied in the FAA, a policy that ‘applies with special force in the field of international commerce,’” citing to the U.S. Supreme Court’s decision in Mitsubishi Motors Corp. v. Soler Chrysler-Plymouth, 473 U.S. 614 (1985).

In New York and within the larger Second Circuit, the concept of manifest disregard of the law as a basis for vacatur of an arbitration award subject to Chapter 1 of the FAA is still to be applied both with great selectivity and with extreme restraint. The Second Circuit has clarified, in light of Hall St. Assoc., L.L.C. v. Mattel, Inc., 552 U.S. 576, 128 S. Ct. 1396, 170 L.Ed.2d 254 (2008), that it regards the doctrine of manifest disregard of the law as “a judicial gloss on the specific grounds for vacatur enumerated in section 10 of the FAA,” rather than as “a ground for vacatur entirely separate from those enumerated in the FAA” (Stolt–Nielsen SA v. AnimalFeeds Int’l. Corp., 548 F.3d 85, 94 [2d Cir. 2008], rev’d on other grounds 559 U.S. 662, 130 S. Ct. 1758, 176 L.Ed.2d 605 [2010]). To the extent the manifest disregard of the law doctrine is still available to challenge an arbitral award (as it is in some but not all U.S. circuits), it is extremely rare for courts in the United States and in New York to vacate arbitral awards on the grounds that the tribunal acted in manifest disregard of the law because the standard is so high (even when it is applicable), and it is not to be applied to second guess the arbitral tribunal’s legal and procedural rulings, even if they might reasonably be criticized on the merits.

The Appellate Division’s reversal of the partial vacatur should provide much-needed comfort to users of international arbitration, especially in New York. As noted by the Association of the Bar of the City of New York, whose amicus curiae brief submitted in support of the appeal was cited in agreement by the Appellate Division in its decision, any suggestion that New York courts will review an arbitrator’s factual and legal determinations as though they were a judicial appeal would “discourage parties from choosing New York as the place of arbitration.” Users of international arbitration depend on consistency and predictability, including that the decision of the arbitrators will be final and not subject to judicial review, except in strict accordance with the New York Convention. With the assurances from the Appellate Division’s decision in the NutraSweet case, users should be content to continue to arbitrate their international disputes in New York, a preeminent center for international arbitration. 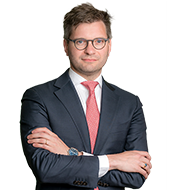