This is the first time that the Supreme Court has had to decide an appeal relating to section 84 of the Law of Property Act 1925 (section 84). This is the piece of legislation that gives the Upper Tribunal (Lands Chamber) (Upper Tribunal) discretion to discharge or modify restrictive covenants to enable development of burdened land.

The case is a warning to developers that they need to take restrictive covenants seriously and that they should undertake full and proper due diligence before commencing any building. Importantly, the case confirms that developers should be particularly conscious of their conduct throughout a development process. The conduct of a party will be considered carefully by the Upper Tribunal in deciding any application, and the courts will take a dim view of any conduct that is seen to be in deliberate or knowing breach of the relevant covenants.

As the Supreme Court also confirmed that the primary remedy for breach of covenant is an injunction (per Lawrence v Fen Tigers), the case confirms that covenants can be significant and very expensive obstacles to a development strategy.

Millgate Developments Limited (Millgate) was engaged to build 13 properties for a registered housing provider (Housing Solutions Limited) on a plot of undeveloped land.

The land Millgate selected for development overlooked the hospice ground, which was owned by Alexander Devine Children’s Cancer Trust (the Trust) and used as an outdoor space in which ill children could recuperate. The land contained some very simple restrictive covenants prohibiting building on the land and also preventing it from being used for any other purpose than as a parking area.

In disregard of the covenants (which Millgate was aware of) Millgate started building the houses in 2014 without dealing with the covenants. There were objections made by the Trust throughout the development of the site, but Millgate dismissed any such correspondence and had virtually completed the building before it made its application to the Upper Tribunal under section 84 for modification of the covenants.

In the first instance, the Upper Tribunal concluded that the restrictive covenants should be modified upon payment to the Trust of £150,000 compensation. The Trust then appealed the case to the Court of Appeal, who overturned the decision of the Upper Tribunal and found in favour of the Trust and that the covenants should not be modified. Permission was then given to appeal to the Supreme Court.

Decision of the Supreme Court

The Supreme Court agreed with the Court of Appeal, finding in favour of the Trust that the covenants should not be modified.

In explaining the decision, Lord Burrows (providing judgment on behalf of the Supreme Court) broke a section 84 application down into two stages:

It is clear that conduct is crucial in section 84 applications and that the conduct of a party will inform future decisions of the Upper Tribunal. Whilst the Supreme Court stopped short of providing a blanket ban on granting modification where a party has been cynical in their conduct, it is clear that it will form a key part of any application.

As such, developers should make every effort to engage with beneficiaries early on in the development process. This is of particular importance given that the Supreme Court also confirmed that the primary remedy for breach of a restrictive covenant is an injunction. As such, if a developer has built upon land burdened by a restrictive covenant and cannot obtain modification or discharge of the covenant, they may have to demolish the work. 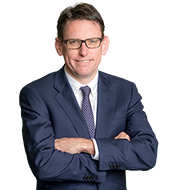 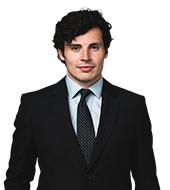