Do Your Assignment of Benefits Clauses Need a Check-up? Recent Southern District of Florida Decision Highlights the Importance of Carefully-Drafted Provider Assignment Clauses

A frequently litigated issue in reimbursement cases brought by in- and out-of-network healthcare providers against insurers under the Employee Retirement Income Security Act of 1974 (“ERISA”) is provider standing.  Because providers lack independent standing to bring ERISA claims against insurers, providers must — and generally do — rely upon assignment of benefits agreements executed by patients as a basis for derivative standing under the statute.  As ERISA payor-provider litigation increases, however, insurers have frequently challenged the scope of those assignments, requiring courts to analyze the assignments and determine whether they are sufficiently drafted to confer derivative standing on the provider to assert ERISA claims.

The underlying facts of BioHealth are straightforward and typical of those seen in ERISA reimbursement cases:  the plaintiffs (the “Laboratories”), out-of-network providers, provided blood and urine testing to participants in various employer-sponsored health and welfare benefit plans (including self-funded plans) administered by defendants Connecticut General Life Insurance Company and Cigna Health and Life Insurance Company (collectively, “Cigna”).  Before undergoing testing, participants were required to execute patient consent forms, which included an assignment of benefits clause pursuant to which the participant agreed to, in relevant part, “irrevocably assign to [the Laboratories]… all benefits under any policy of insurance, indemnity agreement, or any collateral source as defined by statute for services provided,” including “all rights to collect benefits directly from [the participant’s] insurance company and all right to proceed against [the participant’s] insurance company in any action, including legal suit, if for any reason [the participant’s] insurance company fails to make payment of benefits due.”

By contrast, the Court determined that the Laboratories lacked standing to assert claims relating to self-funded plans.  While the assignment conferred the Laboratories the right to collect benefits stemming from a “collateral source,” the “core focus” of the assignment was on the assignee’s ability to recover benefits “owed under any policy of insurance” and to pursue any rights to collect from the insurance company if for any reason the “insurance company fails to make payments due.”  Because a self-funded plan is not a form of insurance, the Court granted Cigna’s motion to dismiss with respect to those claims.

The BioHealth decision is the latest in a number of cases in which a healthcare provider’s ability to bring ERISA claims against insurers has turned on the language of the assignment, further underscoring the importance of careful drafting of those provisions.  Prudent providers may want to have experienced health counsel review their assignment of benefits language on their patient intake forms. 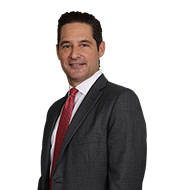