The U.S. Environmental Protection Agency (“EPA”) has finalized the long-awaited rule — Management Standards for Hazardous Waste Pharmaceuticals and Amendment to the P075 Listing for Nicotine (“Final Rule”). The Final Rule was signed on December 11, 2018, and is expected to be published in the Federal Register in the coming weeks. The Final Rule is intended to streamline requirements for healthcare facilities and reverse distributors when they manage and discard hazardous waste pharmaceuticals. It also exempts certain nicotine replacement therapies (“NRT”) from hazardous waste regulation.

The Final Rule will affect many businesses, including hospitals, doctors’ offices, pharmacies, veterinary clinics, and reverse distributors that handle unused pharmaceuticals that are no longer needed. While the Final Rule provides flexibility from certain hazardous waste requirements, it still requires those covered by the Final Rule to provide certain training, complete reporting, and maintain recordkeeping, among other things. Failure to comply with these requirements can mean enforcement and potential penalties, so it will be particularly important for affected entities to quickly get familiar with the Final Rule and develop a compliance plan.

In 2008, EPA had initially proposed to regulate the disposal of pharmaceuticals as a universal waste, rather than under the more rigid hazardous waste program. Confronted with numerous concerns, EPA decided not to finalize the proposal and instead developed a new pharmaceuticals rule, which was issued for public comment on September 25, 2015.

Facilities Subject to the Final Rule

While “pharmaceuticals” may include a variety of products, the Final Rule addresses only those pharmaceuticals that are deemed hazardous waste by the Resource Conservation and Recovery Act (“RCRA”) — the federal law regulating treatment, storage, and disposal of hazardous wastes.

Facilities that are not subject to the Final Rule include pharmaceutical manufacturers, production facilities, or other types of generators of hazardous waste pharmaceuticals, including households, farmers, ranchers, and fisheries.

Additionally, anyone who generates or manages certain discarded NRT will be affected by the amendment to the RCRA listing for nicotine in the Final Rule, as discussed below.

Historically, hazardous waste management at healthcare facilities has been very complex, because the waste is typically generated at many points (e.g., patient rooms, nursing stations, emergency rooms) in relatively small quantities and in a wide variety of forms. These circumstances make it very difficult to make waste determinations and uniform decisions related to disposal. Moreover, these decisions are often made by healthcare facility employees who are likely, and understandably, unfamiliar with complicated RCRA hazardous waste rules.

The Final Rule aims to address these concerns by providing greater flexibility in several areas, including that healthcare facilities:

On the other hand, however, the Final Rule imposes some new restrictions and requirements on healthcare facilities and reverse distributors, including certain notification, training, container, labeling, reporting, and recordkeeping requirements. Moreover, healthcare facilities and reverse distributors will now be specifically prohibited from disposing hazardous waste pharmaceuticals by putting them down a drain or toilet, a practice that was previously a routine disposal method.

One of the most confusing aspects of both reverse distribution and reverse logistics has been determination of the point of waste generation. Therefore, the Final Rule:

Changes to the regulation of nicotine-containing products ranging from smoking cessation patches to e-cigarettes were another highly anticipated component of the Final Rule.

The current treatment of nicotine-containing products can be considered problematic in part because it is based on what some commenters considered outdated science, and the nicotine-containing products developed over the 40 years since nicotine was originally listed have raised new and different environmental concerns. For example, when EPA originally listed nicotine in 1980, the only nicotine products being marketed were pesticides containing up to 40% nicotine sulfate. By contrast, today’s NRT products, such as nicotine patches, gums, and lozenges, contain much lower concentrations. Moreover, these products have been approved by the U.S. Food and Drug Administration (“FDA”) to be sold to the public over the counter (“OTC”), suggesting they do not exist in dosages that could be dangerous. Because nicotine has been considered the sole active ingredient in NRTs, retailers and healthcare facilities that dispose of these products were subjected to the stringent RCRA waste management and handling requirements.

Based on the makeup of current OTC NRT products and the lack of significant risks associated with their low concentrations of nicotine, EPA determined that FDA-approved OTC NRTs are not acutely toxic. Therefore, the Final Rule exempts these products from regulation as a RCRA hazardous waste and from the P075 listing. As a result, generators of OTC NRT wastes may discard them as solid wastes.

In addition to NRT products, there has been considerable interest in regulation of e-cigarettes, nicotine containing e-liquids, and NRTs requiring a prescription. Because the concentrations of nicotine in e-cigarettes and e-liquids products are not currently limited by the FDA, and because prescription NRTs can contain nicotine at much higher concentrations than OTC NRT, the Final Rule does not exempt these products from the P075 hazardous waste listing. Therefore, EPA will continue to require that e-cigarettes, e-liquids, and prescription NRTs be managed as hazardous waste pharmaceuticals under 40 C.F.R. part 266 subpart P when they are discarded.

The Final Rule is likely to impact many different industry sectors. For example, in the preamble, EPA discusses a string of enforcement actions in recent years brought by states (especially California) against major retailers alleging noncompliance with RCRA hazardous waste regulations in the context of reverse distribution and disposal of NRT products. Indeed, many retailers have been forced to operate under larger RCRA generator statuses, thereby incurring high waste disposal and management costs as a result of the regulatory regime. At the very least, the Final Rule provides greater clarity and certainty as to how to manage hazardous waste pharmaceuticals, which should be a welcome change in a highly complex area. Furthermore, there should be various industries that should be able to take advantage of the more streamlined and flexible approaches afforded under the Final Rule, especially for nonprescription pharmaceuticals and FDA-approved OTC NRTs. With that said, affected entities will need to become familiar with the requirements that will be imposed by the Final Rule in order to avoid potential enforcement action.

The Final Rule will be effective six months after it is published in the Federal Register. Although RCRA-authorized states are required to adopt it, the Final Rule will not become effective in those states until they have finalized the formal adoption process. Importantly, however, the ban on flushing hazardous waste pharmaceuticals will automatically become effective in all states on the effective date of the Final Rule. In addition, because the exemption from the P075 listing is less stringent than current federal regulations, authorized states may, but are not required to, adopt this change to the P075 listing and can still choose to regulate NRTs as listed waste. Therefore, it will be critical to monitor state-specific adoptions of the Rule. 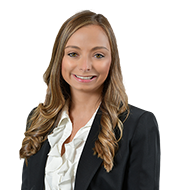