The sanction regimes of the UK and the EU have seen some important developments since the beginning of 2018. The UK’s draft sanctions bill makes its bumpy way through Parliament and new ‘Magnitsky’ style provisions were transposed into UK law. The EU continues to implement sanctions for human rights abuses, sanction evasion and a wide range of anti-democratic political abuses. Most recently, the political tension between Russia and the EU and US has reached new heights. This is as a result of a nerve agent attack in an EU member state and the continued interference of Russia in Syria and the Ukraine, with all sides implementing political punitive measures.

Sancations and Anti-money Laundering Bill ("Bill")
As discussed in our previous alert, the draft Bill will allow the UK Government to adopt sanctions through secondary legislation after the UK’s withdrawal from the EU. The Bill is currently in the final stages of Parliamentary scrutiny before it receives the “Royal Assent” and becomes law (expected in April 2019).  It is to be considered next at the 3rd ‘reading and report stage’ in the House of Commons.

Both legal and political concerns with respect to certain provisions of the Bill continue while it moves through the legislative procedure in Parliament. Most recently, on 1 March 2018, the UK Joint Committee on Human Rights’ report called for the Government to provide various justifications, such as the rationalisation for limiting damages awards to cases of bad faith or negligence; for lowering the current legal threshold for designation from ‘reasonable grounds to believe plus necessary’ to only ‘reasonable grounds to suspect’ and; why designations cannot be reviewed annually rather than every 3 years when there is budget to cover it. No response has been issued to date, but the K&L Gates team will carry on monitoring the progress and will report on any significant developments.

An unprecedented 153 Russian diplomats were also expelled by other countries, including 60 by the US. In reply, Russia expelled 23 UK diplomats and declared 60 US diplomatic staff in Russia along with diplomats from 23 other countries as ‘persona non grata’. The agreement to open the US Consulate General in St Petersburg has also been revoked.

On 30 March 2018, Russia announced that the UK must reduce the number of diplomatic employees at the UK embassy and consulates in Russia to the same number of Russian equivalents in the UK. It remains to be seen whether the UK will follow this order, but the growing hostilities between the EU and the US and Russia could mean further sanctions will be announced on both sides.

Brexit
On the 17 February 2018 at the Munich Security Conference, the British Prime Minister, Theresa May stated that the UK “will look to carry over all EU sanctions at the time of our departure” and expressed willingness to cooperate on aligned sanction regimes in the future. This is not the first time Mrs May has stressed the importance of unity in imposing sanctions, and it is therefore expected that there will not be any significant changes to the sanctions regime imposed by the UK post-Brexit.

The Criminal Finances Act 2017
Section 13 of the Criminal Finance Act 2017 came into force on the 31 January 2018. This section inserts ‘Magnitsky-style’ provisions into UK law. The Magnitsky Act was passed by the Obama administration to sanction officials around the world responsible for human rights abuses. Canada, Lithuania and Estonia have also adopted ‘Magnitsky-style’ provisions as covered by our previous alert.

UK implementation expands the current definition of ‘unlawful conduct’ in the Proceeds of Crime Act 2002 to include conduct occurring outside of the UK, which ‘constitutes, or is connected with, the commission of a gross human rights abuse or violation’. The enforcement provisions now permit recovery orders and property freezing orders for property obtained via ‘unlawful conduct’.

New OFSI Blog
On 1 March 2018, the UK Office of Financial Sanctions Implementation (“OFSI”) launched a new blog, link here. The purpose of the blog is to keep the public informed about financial sanction events and changes to OFSI guidance, and to discuss topical issues. Already posted is a blog entitled ‘Enforcement and Engagement’, which sets out OFSI’s role. The K&L Gates team will monitor the blog and report on any interesting publications.

Export Controls
On the 7 March 2018, the UK Export Control Joint Unit (“ECJU”) amended four military general export licences (“OGEL”) to reflect amendments made to the EU Common Military List following the Wassenaar Arrangement (a multilateral export control regime discussed in our previous alert). The amendments are minor but include a new definition of biological agents (“pathogens or toxins, selected or modified (such as altering purity, shelf life, virulence, dissemination characteristics, or resistance to UV radiation) to produce casualties in humans or animals, degrade equipment or damage crops or the environment”). On the 11 April 2018, the ECJU released a new OGEL on Information Security Items, to allow ‘low risk’ information security items with encryption to be exported to a wide range of destinations. However, the licence itself does not define ‘low risk’.

North Korea
The EU adopted further sanctions against the Democratic People’s Republic of Korea (“DPRK”) in line with the UN Security Council. The measures grow increasingly severe and are imposed primarily due to breaches of sanctions and the DPRK’s continued regime of nuclear and ballistic development.

On 26 February 2018, the EU: capped the export of all refined petroleum products from 2 million barrels to only 500,000 barrels per year; banned the import of food and agricultural products, machinery, electrical equipment, earth, stone, and wood; banned the export of all industrial machinery, transportation vehicles and all iron, steel and other metals; imposed further restrictions on maritime vessels and; required all North Korean workers abroad repatriated within 2 years.

On 9 April 2018, the EU imposed a travel ban and asset freeze on Tsang Yung Yuan (accused of aiding sanction evasion), and froze the assets of 21 entities (mainly shipping companies) and 15 vessels. The EU also imposed a port entry ban on 25 vessels and ‘deflagged’ 12 vessels (removing the ship from the register).

Russia and Ukraine
In March, the EU maintained its Ukrainian sanctions including freezing the assets of 13 individuals “responsible for the misappropriation of Ukrainian state funds or for the abuse of office causing a loss to Ukrainian public funds” until 6 March 2019. Olena Leonidivna Lukash and Serhii Petrovych Kliuiev were removed from the list.  The EU also extended asset freezes and travel restrictions on 150 people and 38 entities until 15 September 2018 for “actions undermining or threatening the territorial integrity, sovereignty and independence of Ukraine”.

It should be noted that the US has strengthened its sanction regime on Russia. For example, on the 6 April 2018, the US imposed asset freezes and travel bans on 7 Russian oligarchs (Vladimir Bogdanov, Oleg Deripaska, Suleiman Kerimov, Igor Rotenberg, Kirill Shamalov, Andrei Skoch, and Viktor Vekselberg) and 12 of their companies, 17 Russian government officials, and the state-owned weapons company Rosoboroneksport and its subsidiary, Russian Financial Corporation Bank. These actions are in line with the US Treasury Report issued on the 30 January 2018, where 96 ‘oligarchs’ and 114 ‘senior foreign political figures’ were listed due to their ‘closeness to the Russian regime and their net worth’.

However, on the 19 April more than 500 British, French and German parliamentarians signed a letter to their US equivalents calling on them to persuade President Trump to maintain the JCPOA, and, particularly in the face of scheduled US negotiations with North Korea, a further waiver may still be possible.

Ukraine and Germany have urged the EU to increase Russian sanctions, however, the EU’s current focus is on Syria. No new Russian sanctions were discussed at the EU Summit on 20 March (lead by Britain) or any public statements have been made in that respect. On 16 April, EU ministers instead stated that the EU was considering further sanctions under the Syrian regime as a result of the use of chemical weapons. The K&L Gates team will continue to monitor the announcements and will report on any important developments should the EU decide to introduce new Russian sanctions in line with the US.

In response, the Venezuelan government expelled the Spanish ambassador on 26 January 2018. The EU strongly condemned the move and issued a statement on the 12 February 2018 stressing that “if the human rights situation continues to deteriorate, further diplomatic and economic actions could be explored and adopted, including those related to the state-owned oil company Petróleos de Venezuela, S.A. (PDVSA)”.

On 20 February 2018, the Venezuelan Government’s cryptocurrency ‘Petro’ went on presale, its purpose is to facilitate financial transactions and to overcome international sanctions. On the 20 March 2018, President Trump issued an Executive Order to prohibit US persons from dealing with “any digital currency, digital coin, or digital token, that was issued by, for, or on behalf of the Government of Venezuela”. It remains to be seen whether the EU will issue a similar measure.

Iran
On 12 January 2018, President Trump stated it would be the ‘last time’ the US agreed to waive sanctions on Iran as part of the Iran nuclear deal (“JCPOA”) (sanctions must be waived every 120 days to prevent them from being reintroduced) unless the EU and the US worked together to fix “the deal’s disastrous flaws”. US Treasury Secretary Steven Mnuchin stated on the 12 April that the US was considering new sanctions and the reinstatement of previous sanctions waived by JCPOA. The US’s next waiver decision is on 12 May 2018. We understand various European allies will be encouraging President Trump to continue the waiver and, particularly in the face of scheduled negotiations with N Korea; accordingly a further waiver may still be possible.

On the 13 April 2018, the EU extended travel bans and asset freezes against 82 Iranian individuals and 1 entity (Cyber Police), and maintained the export ban of equipment which could be used for internal repression and telecommunication monitoring equipment until 13 April 2019.

Other Jurisdictions
At the Conference on Disarmament in Paris on 23 January 2018, 24 countries and the High Representative of the EU agreed to sign the International Partnership against Impunity for the Use of Chemical Weapons, which is aimed at preventing the use of chemical weapons and hold those who use them accountable.

On 30 January 2018, the EU renewed the listings of all persons and entities (and amended one entry) under its Tunisia sanctions list until 31 January 2019.

On 12 February 2018, the EU extended sanctions on Zimbabwe until 20 February 2019, including travel restrictions and asset freezes imposed on 7 people (e.g. Robert Mugabe and his wife Grace).

The EU continues to impose sanctions for people involved with serious human rights violations in South Sudan and Syria, there have been 6 individual listings under both sanction regimes this year. Individuals were also listed under the sanction regimes of the Democratic Republic of Congo, Libya, Yemen, Somalia and Eritrea and the ISIL (Da’esh) and Al-Qaida (the group Khatiba Imam al-Bukhari (KIB) was also added to this list). 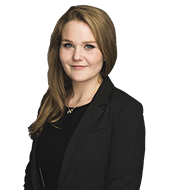