Ethical Supply Chain: The European Commission's Proposal for a Directive on Corporate Sustainability Due Diligence

BACKGROUND OF THE EUROPEAN COMMISSION PROPOSAL

On 23 February 2022, the European Commission (the Commission) published a proposal for a directive on corporate sustainability due diligence (the Proposal). This Proposal creates several new obligations for eligible companies in relation to their supply chain, with a view to identifying and, where necessary, preventing, ending, or mitigating adverse impacts of their activities on human rights, such as child labor and exploitation of workers, and on the environment, for example pollution and biodiversity loss.

The first objective of the Proposal is to level the playing field for companies in the European single market, as so far only a few EU countries (notably France and Germany) have enacted legislation regulating supply chains’ due diligence.

Another objective of the Proposal is to promote sustainable and responsible corporate behavior in all global value chains. Companies are to be required to identify and, where necessary, prevent, remedy, or mitigate any negative impacts of their activities on human rights (for example, child labor and exploitation of workers, inadequate occupational health and safety) and on the environment (such as greenhouse gas emissions, environmental pollution or the loss of biodiversity, and the destruction of ecosystems). These obligations will apply to companies active in the European Union, irrespective of whether their headquarters is located in the European Union or in third countries, based on specific employee and turnover criteria.

CURRENT STATUS IN FRANCE AND GERMANY

In France, the Duty of Vigilance Act was enacted on 27 March 2017 and applies to companies and groups of companies located in France that employ for two consecutive years, either (i) more than 5,000 employees in France, or (ii) more than 10,000 in France and abroad. The Duty of Vigilance Act imposes on these companies an obligation to establish, publish, implement, and monitor a “vigilance plan” to identify and prevent risks of severe violations of human rights and fundamental freedoms, health and safety of people, and to the environment in their entire sphere of influence, including subsidiaries and subcontractors when “an established commercial relationship” exists.

In Germany, the German Supply Chain Due Diligence Act (GSCDDA) was promulgated in the Federal Law Gazette on 22 July 2021 and will enter into force on 1 January 2023. It applies to all companies, irrespective of their legal form, which have their head office, principal place of business, administrative headquarters, or registered office in Germany, and employ at least 3,000 employees in Germany (1,000 as from 1 January 2024), including employees posted abroad. Foreign companies that (i) have a branch office in Germany and (ii) employ at least 3,000 employees in Germany (1,000 as from 1 January 2024) are also included in the scope of the GSCDDA. The GSCDDA obliges companies to comply with a number of human rights and environmental due diligence obligations set out in the GSCDDA, with the aim of preventing or minimizing human rights or environmental risks or ending the violation of human rights or environmental obligations.

SCOPE OF THE PROPOSAL

According to Commission estimates, approximately 13,000 companies in the European Union and 4,000 non-EU companies will ultimately be within the scope of the Proposal as presented by the Commission. It should be noted that the Proposal sets lower thresholds regarding the number of employees than the French and German legislations.

The new due diligence obligations contained in the Proposal will apply:

The due diligence obligations contained in the Proposal will also apply to non-EU companies active in the European Union that meet the criteria above.

Small and medium enterprises (SMEs) are not within the scope of the Proposal, although they might be indirectly affected by the new rules because of the effect of large companies’ actions across their value chains. In order to address this, the Proposal contains measures to protect SMEs from excessive requirements from large companies.

THE NEW DUE DILIGENCE OBLIGATIONS INTRODUCED BY THE PROPOSAL

Companies within the scope of the Proposal will be required, as regards their own operations, their subsidiaries, and their value chains (i.e., direct and indirect established business relationships) to:

This means that companies must take appropriate measures to prevent, end, or mitigate impacts on the rights and prohibitions included in international human rights agreements, for example, regarding workers’ access to adequate food, clothing, and water and sanitation in the workplace.

Companies are also required to take measures to prevent, end, or mitigate negative environmental impacts that run contrary to a number of multilateral environmental conventions.

In addition, the Proposal requires companies to adopt a plan to ensure that their business strategy is compatible with limiting global warming to 1.5 °C in line with the Paris Agreement.

The Proposal also introduces duties for the directors of EU companies within the scope. These duties include setting up and overseeing the implementation of the due diligence processes and integrating due diligence into the corporate strategy.

In addition, when directors act in the interest of the company, they must take into account the human rights, climate, and environmental consequences of their decisions and the likely consequences of any decision in the long term.

Finally, when setting any variable remuneration linked to the contribution of a director to the company’s business strategy and long-term interests and sustainability, companies have to duly take into account the fulfilment of the obligations regarding the company’s corporate climate change plan.

A body designated by each member state (known as a “supervisory authority”) is to supervise the companies` adherence to the above mentioned obligations. If it detects an infringement, it should first give the company a reasonable period of time to take remedial action.

Companies shall also set up a complaints mechanism so that those affected, as well as trade unions and other organizations on their behalf, have the opportunity to take legal action in the event of damage suffered.

The Proposal largely leaves the design of sanctions to EU member states and only contains the following provisions:

At the EU level, the Commission intends to set up a European Network of Supervisory Authorities that will bring together representatives of the national bodies in order to ensure a coordinated approach and enable knowledge and experience sharing.

The Proposal will now be examined by the European Parliament and the Council of the European Union. There is no precise timeline yet regarding its adoption.

Once the Proposal is adopted as a directive (as amended by the European Parliament and the Council of the European Union), EU member states will have two years to transpose the new rules into their national laws.

HOW K&L GATES CAN ASSIST

K&L Gates is carefully monitoring the developments regarding corporate sustainability due diligence within the European Union. K&L Gates’ Antitrust, Competition, and Trade Regulatory practice group includes experienced lawyers across the European Union, the United Kingdom, the United States, and beyond, who are able to provide assistance in matters relating to corporate sustainability, taxonomy, and supply chain. Our lawyers are ready to put their experience at the service of clients in order to scrutinize the incoming measures and evaluate their impact on the businesses. K&L Gates remain available to provide updates and to answer any doubts or questions. 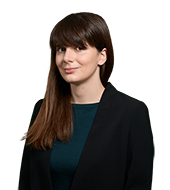 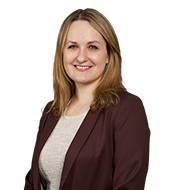