The U.S. Department of Justice (DOJ) is following through on promises to take aggressive action against what it describes as “modern-day redlining.”1 Together with the Consumer Financial Protection Bureau (CFPB), on 27 July 2022, the DOJ announced the federal government’s first redlining lawsuit and settlement with a non-bank mortgage lender to resolve allegations that Trident Mortgage Company (Trident) avoided providing mortgage credit services to minority communities in the Philadelphia, Pennsylvania area. The attorneys general of Pennsylvania, New Jersey, and Delaware also participated in the investigation and obtained settlements.

All mortgage industry participants should take heed: Redlining remains a top enforcement priority, and assessing your institution’s redlining risk profile should be a top compliance priority. Open questions linger, but carefully scrutinizing the Trident complaint and consent order is a critical first step toward understanding the DOJ’s methodology for building a redlining case against a non-bank lender.

The geographic area in which a lender’s performance will be measured is a threshold issue for a redlining review, which compares an institution’s provision of credit in racially different areas. Historically, redlining defendants in government enforcement actions were depository institutions subject to the Community Reinvestment Act (CRA), which requires banks to delineate an “assessment area” and then to help meet the credit needs of all segments of the communities in that self-defined geography. However, because non-banks are not covered by the CRA, they are not required to define “assessment areas.” The Trident complaint provides some guidance to non-banks regarding the views of the DOJ and CFPB on this question, indicating that it evaluated the lender’s “self-defined lending footprint” or “market area,” which allegedly consisted of “the entire Philadelphia MSA.” Trident allegedly “received 80% of its mortgage applications” in the Philadelphia metropolitan statistical area (MSA), signaling that regulators may also consider a non-bank’s overall lending volume in scoping the geography. In our experience, lenders frequently have policies, strategic plans, or other formal or informal documentation that describe a “footprint” or “market area,” and compliance teams should carefully review the accuracy of those statements.

With respect to Trident, the DOJ and CFPB defined the redlined “minority” communities as those where 50% or more of the population “identified as Black, Hispanic, Asian, Native American, Native Hawaiian, or Pacific Islander in the U.S. Census.” The DOJ’s other redlining settlements in the last year defined “minority communities” more narrowly, focusing on the provision of credit to majority-Black and Hispanic areas. The definition of “minority communities” used in the Trident lawsuit may reflect the melting pot nature of the Philadelphia MSA, which the complaint describes as 20% African American, 10% Hispanic, 6% Asian, and 61% non-Hispanic white. To accurately evaluate redlining risk, institutions must be aware of the unique demographic makeup in the areas in which they do business and tailor their analyses appropriately.

Redlining evaluations typically involve comparing a lender’s relative performance in serving minority communities to the performance of other lenders—but which other lenders are appropriate for comparison? Identifying an institution’s “peers” can be one of the most challenging aspects of a redlining analysis. In a recent redlining settlement against a traditional bank, the DOJ defined “peer lenders” as “similarly-situated financial institutions that received between 50 percent and 200 percent of the Bank’s annual volume of home mortgage loan applications.” The Trident complaint, in contrast, does not define the group of lenders the DOJ identified as the non-bank’s “peers,” though it might be possible to reverse-engineer the peer group based on the lending statistics that are alleged.

Importantly, the complaint alleges that Trident received reports from third-party vendors showing that its volume in minority neighborhoods was low relative to the performance of its peers. To the extent an institution outsources fair-lending analyses to third-party vendors or conducts analyses in-house, compliance officials should review the peer groups used in those reviews, as they may be difficult to later dispute. Also, if the analyses show room for improvement, it is essential to properly elevate the issue to management and develop an action plan for minority market penetration.

In evaluating an institution’s level of redlining risk, the Trident complaint confirms the importance of considering the physical location of offices and loan officers, as well as the racial makeup of an institution’s sales force and its ability to generate business in all segments of the communities in which the business operates. Of course, the trend of online mortgage lending continues to be observed industry-wide, and the significance of the physical-presence issue will depend on the institution’s business model.

The DOJ and CFPB alleged that models in Trident’s marketing materials appeared to be white and that a third-party vendor engaged by Trident developed marketing materials that focused only on majority-white areas. Lenders developing marketing campaigns should take care to ensure that the materials do not indicate an impermissible preference and should carefully oversee any third-party marketing vendors to confirm that campaigns are appropriately designed to reach all segments of the community, including minority and nonminority areas.

The facts alleged by the DOJ and CFPB—which Trident denied in resolving the lawsuit—include emails that were allegedly received and distributed by Trident employees containing language that the government viewed as racial slurs and evidence of overt discrimination in mortgage lending. Compliance officials should be aware that investigations of illegal discrimination may now be more likely to involve reviews of electronically stored email communications, which can be costly and burdensome. Regular training of employees on fair-lending compliance and on company policies regarding email usage is critical.

The Trident lawsuit and settlement is the seminal redlining enforcement action against a non-bank lender, representing a seismic shift in the historical approach to redlining matters. Banks and non-banks alike should follow a proactive approach to evaluating current (and historical) fair-lending risks and ensuring adequate internal fair-lending controls to mitigate any potential redlining claims.

1 In October 2021, K&L Gates previously discussed the DOJ’s “Combatting Redlining Initiative” and the key takeaways for institutions from the DOJ’s announcement. See Banks and Non-Banks Beware: New Types of Redlining Claims are on the Horizon (https://www.klgates.com/Banks-and-Non-Banks-Beware-New-Types-of-Redlining-Claims-are-on-the-Horizon-10-26-2021) (Oct. 26, 2021). 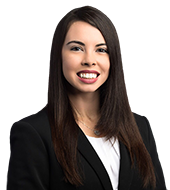