On January 10, 2019, the European Commission (the “Commission”) published a Report on the Operation of the Alternative Investment Fund Managers Directive (Directive 2011/61/EU or “AIFMD”). The report, prepared by an external contractor, is an important element in the review process of the directive and analyzes its practical functioning and implications since its adoption in 2011. The directive requires the Commission to conduct a review, inform the European Parliament and the Council of the European Union (“EU”) (together, the “co-legislators”) about its results, and possibly propose amendments. The published report provides evidence based on an industry survey covering 15 EU Member States. [1] Industry participants should follow the review closely and aim to provide further input throughout the process.

The general objective of the AIFMD has been to establish an internal market for alternative investment fund managers (“AIFMs”) and ensure a harmonized and stringent regulatory and supervisory framework for their activities (i.e., not the funds themselves, which are regulated at the national level). The survey results confirmed that most of the AIFMD provisions achieved their objectives; however, certain weak points were exposed, which might warrant further analysis and reconsideration. The most problematic ones appear to be the inconsistent application of the rules by the Member States’ national competent authorities (“NCAs”) and reporting obligations overlapping with requirements under other legislative pieces. From a financial stability perspective, it is believed that the AIFMD “has yet to be fully tested.”

More specifically, AIFMs would like to see streamlining and rationalization in the reporting obligations and in the use of the data provided. It was suggested to harmonize the reporting requirements with the European Market Infrastructure Regulation (“EMIR”), Solvency Directive, and Capital Requirements Regulation (“CRR”) as well as with obligations at international level. The industry survey respondents encouraged the European Commission to take account of the costs already borne by the AIFMs, as well as the NCAs and the European Securities and Markets Authority (“ESMA”) in the implementation of the reporting systems and cautioned against a piecemeal approach.

The results further confirmed that the use of high leverage in alternative investment funds (“AIFs”), i.e., using borrowed capital as a funding source, is rare. The industry would, however, welcome more guidance on or changes to the calculation of leverage, aligning it with the rules for Undertakings for Collective Investments in Transferable Securities (“UCITS”) and the proposed guidance by the International Organization of Securities Commissions (“IOSCO”).

Investor disclosure requirements were considered to be quantitatively excessive, inconsistent with other rules, and duplicative or even ignored by investors. Some institutional investors would, however, appreciate more transparency and standardized disclosure of all fees, costs, and charges. Questions emerged regarding the coherence of the AIFMD remuneration rules with other legislation and guidelines, which could undermine the effectiveness of the regime. In general, AIFMD is considered to have had a positive effect on the limitation of microprudential risks, such as conflicts of interest and in risk management.

Regarding the EU passport regime, the survey indicated a well-functioning EU management passport, but deficiencies were reported with respect to the marketing passport, mostly due to different approaches taken by the NCAs. With respect to third-country AIFs and AIFMs, developments varied based on the national measures and demand. Some respondents called for the introduction of non-EU passports, while a significant number, from a range of EU Member States and third countries, called for the national private placement regimes (NPPRs) to be retained, even if third-country passports are introduced.

The Commission will continue its work on the review with a particular focus on the key problematic issues discussed above. Conclusions of the review together with possible legislative changes are going to be included in the final report to the co-legislators expected in 2020. The industry should closely follow the review process to be ready to influence the direction of potential material modification of the rules. As highlighted in the report, potential changes could be related to various areas, including reporting and disclosure requirements, leverage calculation methods and passporting. 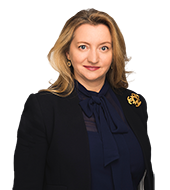 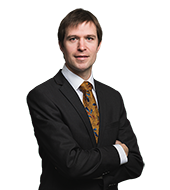